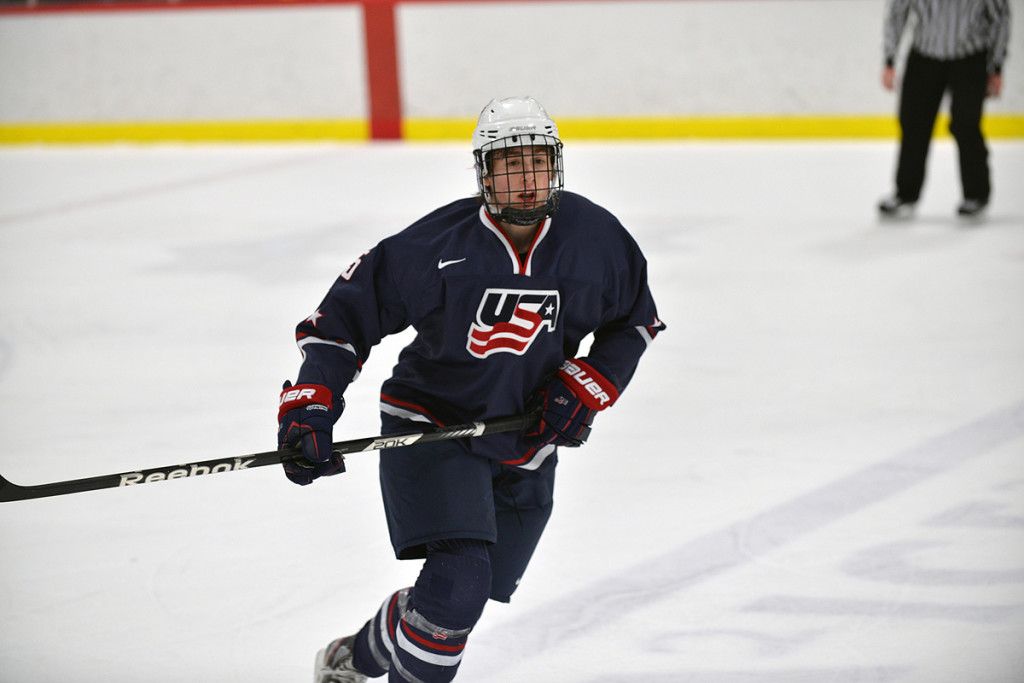 Vannelli, a 6’2”, 175 lbs defenseman from Minnetonka, MN was a second round selection 47th overall of the St. Louis Blues in the 2013 NHL Entry Draft.

“We are very excited to add Tommy to our group,” said Tigers’ General Manager/Head Coach Shaun Clouston. “He is a talented and mobile defenseman who will add offense to our back end. We look forward to working with Tommy as he continues his development in the Western Hockey League.”

Tommy played high school hockey with Minnetonka High the past two seasons before joining the U.S. National Development Program last year. He won a silver medal at the 2012-13 U18 WJC and also competed in the Ivan Hlinka Memorial tournament for Team USA.

Vannelli is expected to arrive in Medicine Hat later this week.