DRAFTED: FISCHER DRAFTED BY CALGARY IN 5TH ROUND 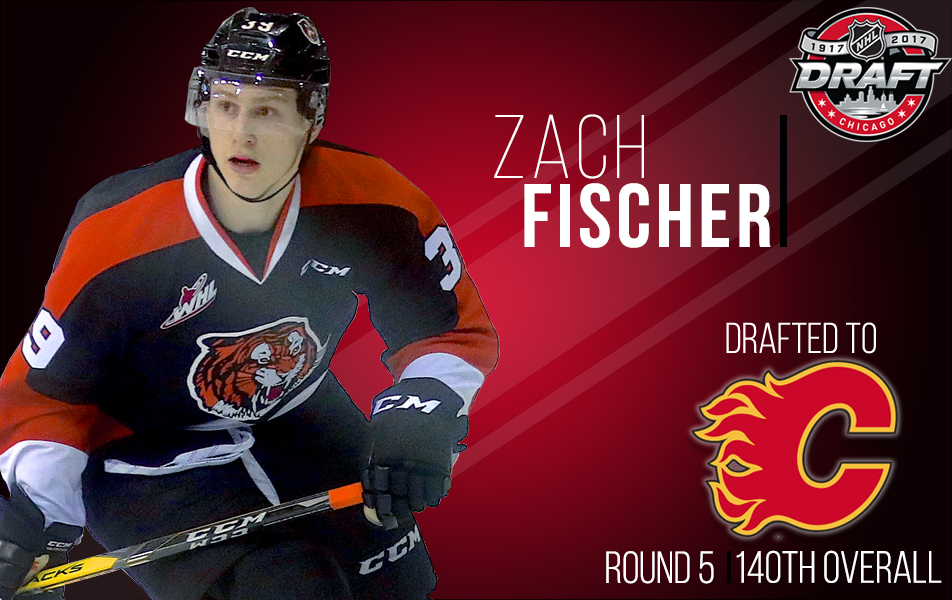 Medicine Hat, AB — The Medicine Hat Tigers have another new draft pick in forward Zach Fischer who was selected in the 5th round of the NHL Draft on Saturday by the Calgary Flames. For Fischer, he was selected 140th overall.

Fischer concluded his 3rd season in the WHL and recorded a break out year.  The Lloydminster, AB native put up 63 points in 62 games including 34 goals. Fischer was a force on the ice for the Tabbies having racked up new career highs in all offensive categories along with penalty minutes. At times throughout the season Fischer led the entire WHL in minutes in the box and fighting majors as he was not afraid to stand up for teammates. Zach’s large frame and opponents inability to knock him off the puck allowed Fischer to have the success this past season.

Fischer was never ranked in the NHL’s Central Scouting final list and was in his 3rd and final year of eligibility for the NHL Draft as he becomes an overage player for 2017-18.

The Tigers would like to congratulate Zach on being drafted and has created a memorable Tigers career so far. 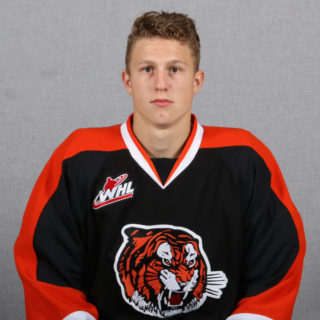