TIGERS SELECT LINUS NASSEN IN 2ND ROUND OF IMPORT DRAFT 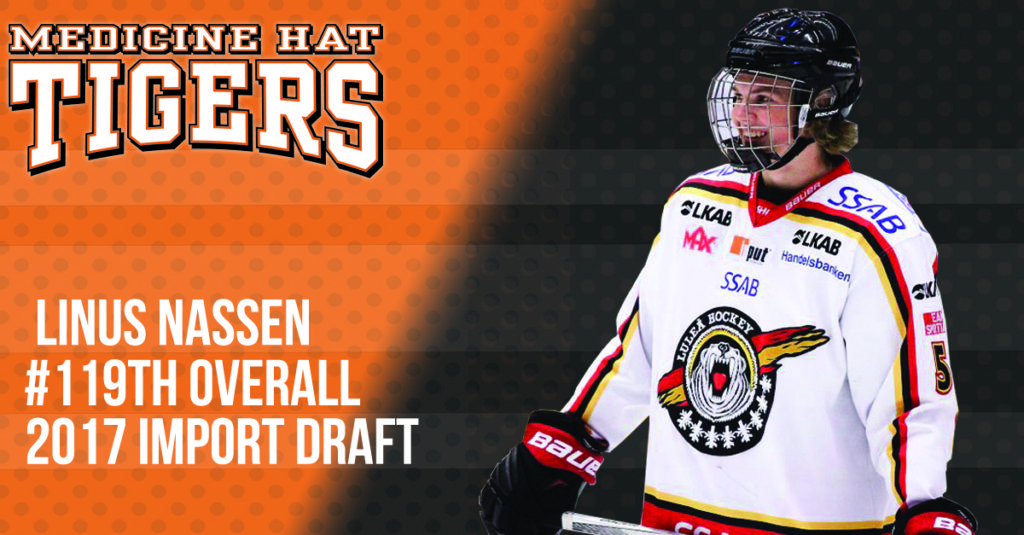 Medicine Hat, AB — The Medicine Hat Tigers made their second selection of the annual CHL Import Draft, one of few teams who made two selections today as they took Swedish defenseman Linus Nassen with the 119th overall selection.

Last season Nassen split time with 2 clubs, Lulea HF J20 in the SuperElit league (the same league John Dahlstrom played in before coming to the Tigers) and with Lulea HF of the SHL, the top pro league in Sweden. In 25 games with the Junior team he recorded 16 points and in 21 games with the pro team recorded 2 points.

Nassen has represented his native country Sweden internationally since he was 16. Last season Nassen appeared at the World Junior Championships recording 1 assist in 3 games. Linus won a silver medal at the Ivan Hlinka tournament in 2015-16 with Sweden playing in 4 games.

Nassen is drafted by the Florida Panthers, a 3rd round pick (89th overall) last season.

The Tigers would like to welcome Linus to Medicine Hat and look forward to seeing him in a jersey this season.