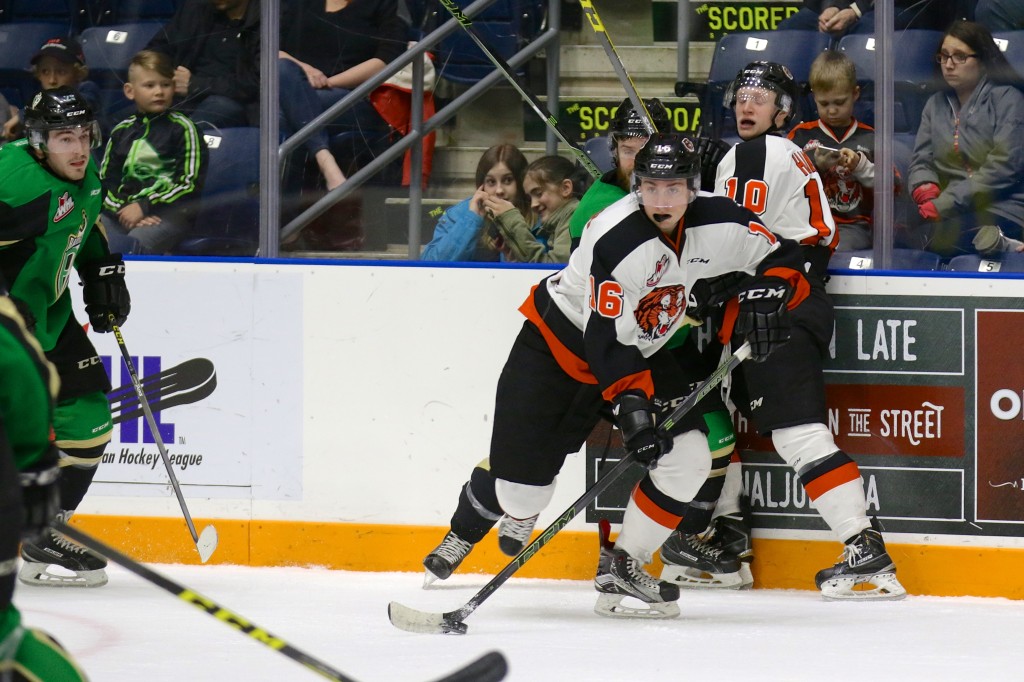 There are two things that jump out at you before you see Max Gerlach play; his size and his background. Listed (generously) by the Western Hockey League as 5’8.5″ and 167 pounds, he hails from the hockey hotbed of Flower Mound, Texas – a Dallas suburb where the Minnesota-born winger moved when he was young. Due to his family’s background in hockey, Gerlach played growing up and became a fan of the Dallas Stars. When he got older and wanted to see how far he could go with the sport, he made the big leap of leaving home to pursue his dreams.

“So I lived in Colorado, I moved there when I was 14 and started playing for the Colorado Thunderbirds and that’s when it kinda got pretty competitive,” recalled Gerlach. “That’s obviously the Dub draft year, when I was 14, and at the end of that year I got drafted to Medicine Hat and from there on I was choosing between college or major junior. I previously committed to North Dakota but then I decided to come up here.”

The 2015-16 season was Gerlach’s first in the Western Hockey League and he faced the unique challenge of learning the ebbs and flows of a brand-new league (in a country that he had never lived in before) as well as facing the growing pressures of his first season of National Hockey League draft eligibility. Fortunately for him, he was playing on a Medicine Hat Tigers team that boasted a good deal of experience in both respects, in terms of mentorship in the locker room and guidance from veteran coach Shawn Clouston.

“You talk to guys like Matt Bradley, who was drafted last year to Montreal,…

Use the link to the right to read the rest of the article by Ryan Pike, The Hockey Writers.