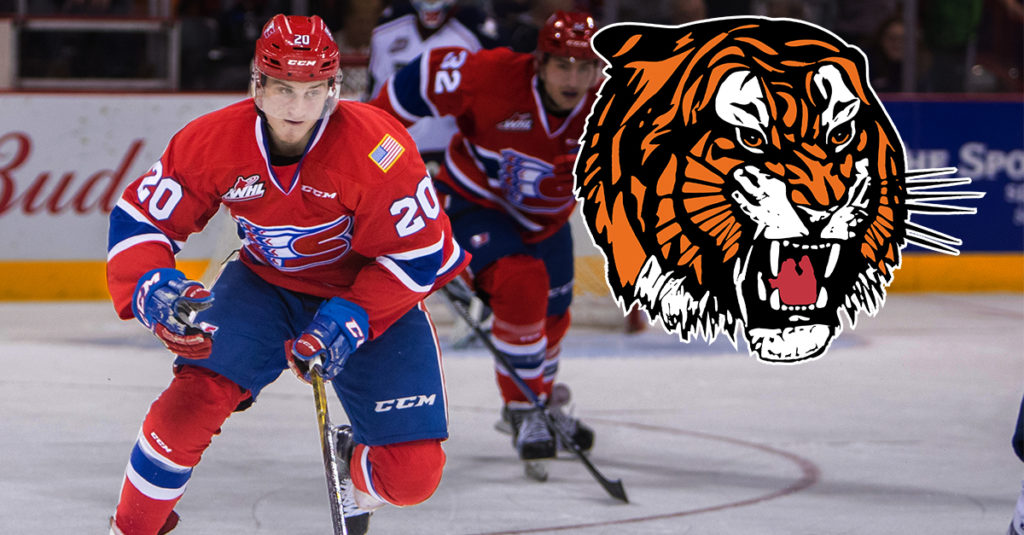 “We would like to welcome Hayden and Eric to the Tigers Family. We’d also like to thank Zach for his time and contributions to the Tigers organization, we wish him all the best in Spokane.”
Tigers GM & Head Coach Shaun Clouston

Hayden Ostir, a former second round bantam (36th overall) selection, scored 12 goals and 16 assists in 115 games with the Chiefs, including six points (three goals and three assists) in 10 games this season. Ostir, who is expected to be in the lineup  Sunday for the Orange & Black is eligible for the 2018 NHL Entry Draft.

Eric Van Impe was the Chiefs’ second round (30th overall) pick in the 2016 WHL Bantam Draft and is currently playing for the Calgary Northstars Midget AAA team of the AMHL, where he  has 3 goals and 5 assists in 6 games this season. The 2001 born defenceman will remain in Calgary for the season as he joins a highly skilled group of Tigers prospects.

The Tigers next action will be tomorrow night at the Canalta Centre vs. The Kootenay ICE.