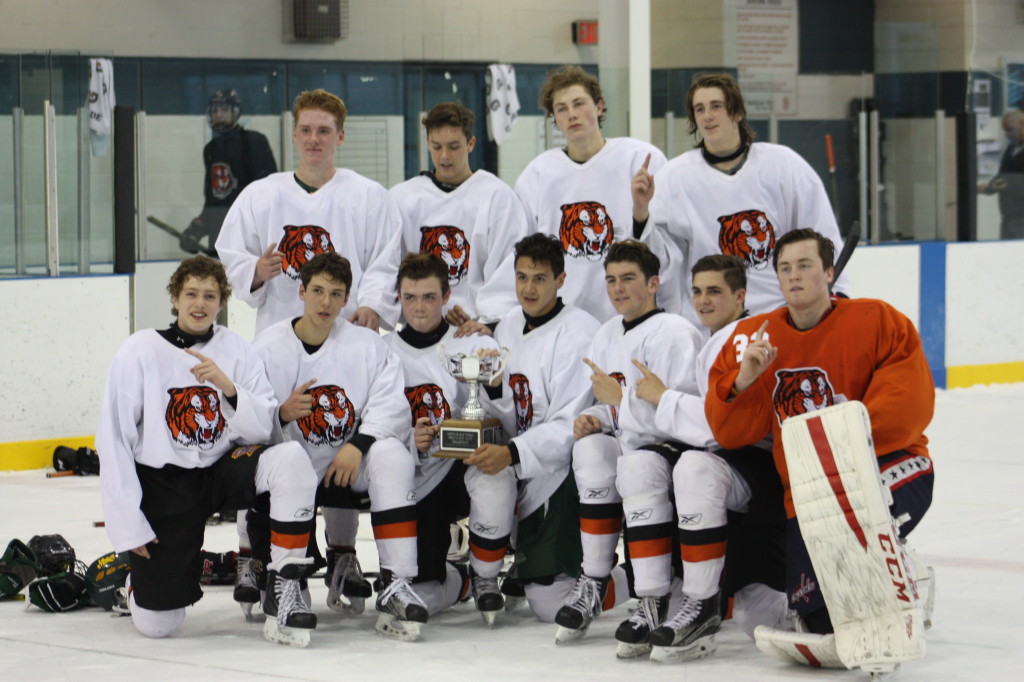 Medicine Hat, AB — The Medicine Hat Tigers spent the past weekend providing Tigers prospects comfortable hospitality, some their first visit to the Gas City, and wanted to make it memorable for their families. The weekend was also spent with presentations and introductions of staff to allow the prospects and their parents the opportunity to learn about Tigers Hockey and culture that surrounds our historic franchise.

The weekend kicked off with registration on Friday afternoon as the Tigers welcomed their draft class of 2016 and 2015 along with some undrafted prospects as well. In total 23 players made the journey out to the camp, 3 goaltenders, 10 defenseman and 10 forwards. Among the forward crop was 2016 5th Overall pick Josh Williams who was making his Tiger debut and first ever visit to the city,

“I am very happy to be here this weekend, this is one of the best hockey experiences I have ever had and the city is great too, much bigger than I expected and I am just very happy to be playing here,” said Williams on Day 1 of action.

Day 1 of camp concluded with Part 1 of fitness testing, which including standing long jump, vertical jump, agility and standing reach (stretching), testing the prospects durability and physical well being. After the testing the boys got dressed for a skills ice session.

The ice session was run by Tiger coaches and PEP hockey school, which focuses on the finer side of the game like using edges to deke and explode around defenders. The skills session was an eye opener for some recruits who got the idea of what it takes to play in the WHL against bigger and stronger kids,

“It’s really fast out there. I know that it is different than Bantam, playing against some kids who have already stepped on the ice with the Tigers in game action or playing midget. But the skills session was great and I know what to work on moving forward to become an elite player,” said Tigers 2nd Round pick Ryden Fedyck.

Day 2 of camp was the longest day of the weekend, spanning from 9am to 6pm for all prospects beginning with more introductions and presentations about the certain aspects of the WHL including their world renowned Scholarship program.

Later in the day, the goaltenders made their way on the ice for an hour long session with goaltending coach JF Martel, who put the youngsters through the works of a normal goalie session that the likes of Nick Schneider would go through. Following the goaltenders was the final ice session of the day, an actual live action practice with Tigers coaches, giving the players an everyday look at a normal practice.

Sunday morning was a quick day, sporting an intrasquad Black vs. White game. The coaches allowed the game to be stopped for situational scenarios like power plays and penalty kills, along with 3 on 3 and 4 on 4 action. The pace was electric and saw some good action on both sides.

Team Black took a 2-0 lead after the first 4 timed events on goals from Tucker Zdunich and Cole Clayton. They would hang onto the lead until Team White, lead by 2015 2nd Round Pick Layne Matechuk, came storming back in the late going, getting on the scoreboard from Dawson Heathcote and then tying the game on a goal from Dylan MacPherson.

Team White would take the lead on back to back goals from undrafted prospect Joel Craven during the 3 on 3 session, beating 2016 pick Kaleb McEachern. Despite the victory in regulation, Team Black had a chance to come back in the shootout, but only got goals from Josh Williams and Ryden Fedyck. It would prove to not be enough as White would score 3 times in the shootout to take the scrimmage 7-4, taking the trophy and honors of Orientation Camp Champions.

The camp was very successful as the coaching staff was very impressed with the skill and talent that was on display over the 3 days. Out of the 23 skaters, 15 are eligible to crack the Tigers roster as 16 year olds, making for a very competitive main camp come August.