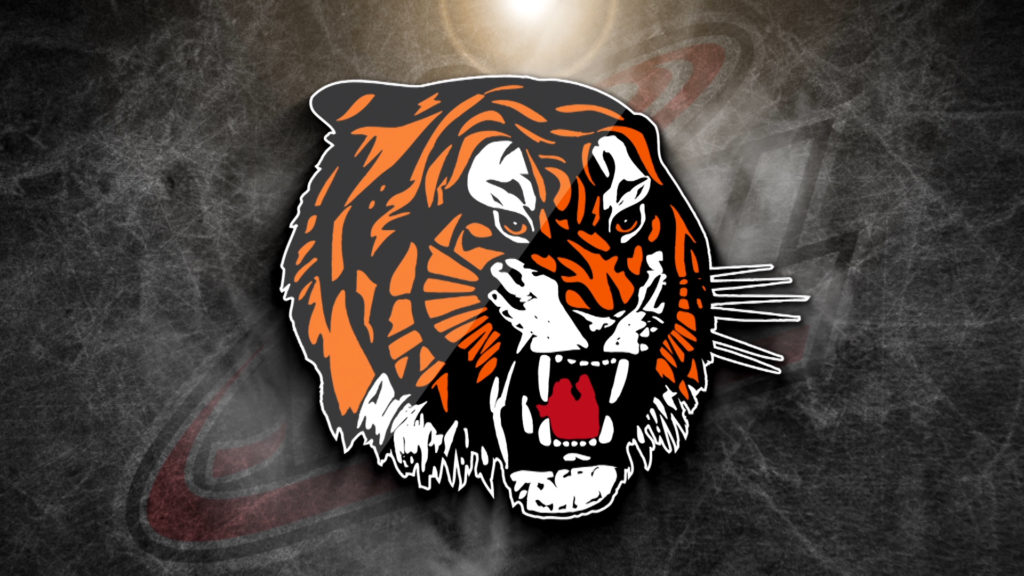 We would like to thank all our sponsors who helped make this night possible.

Here is the list of award winners of this season:

Trophy World Most Goals presented to the Tiger who led the team in goals scored during the regular season went to Mark Rassell who scored 50 goals this season. 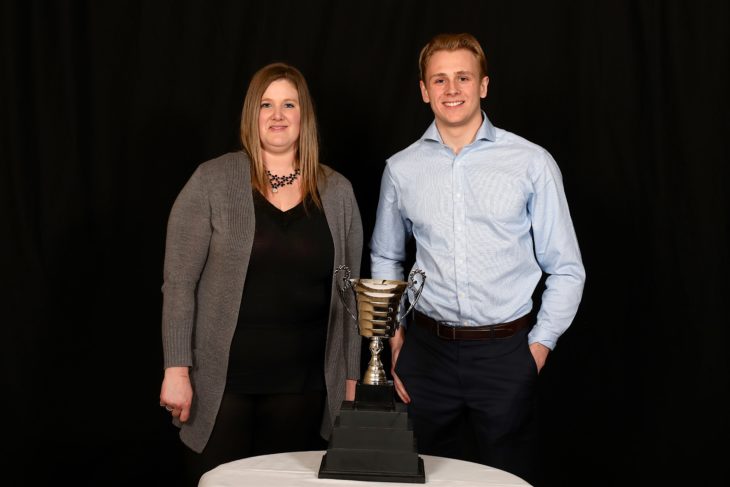 Medicine Hat News Leading Scorer is presented to the overall point’s leader for the Tigers during the regular season. This year Mark Rassell and David Quenneville were tied with 80 points each. 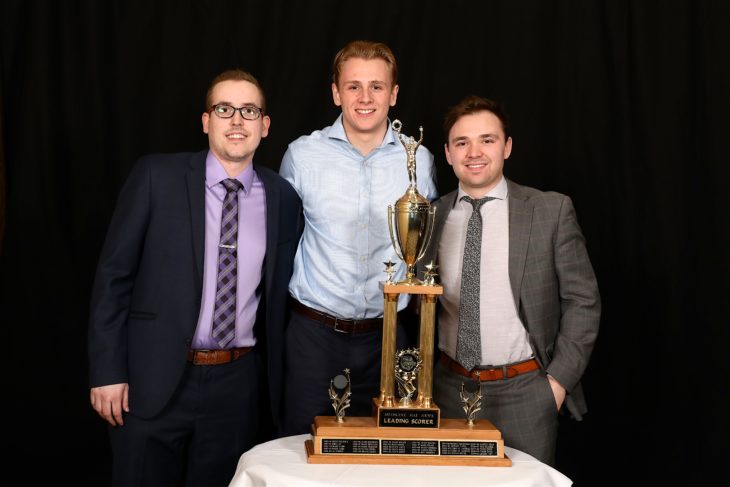 ATB Financial Scholastic Player of the Year Award goes to the player that best exemplified a combination of hockey skills and scholastic ability. This year’s winner was Cole Clayton. 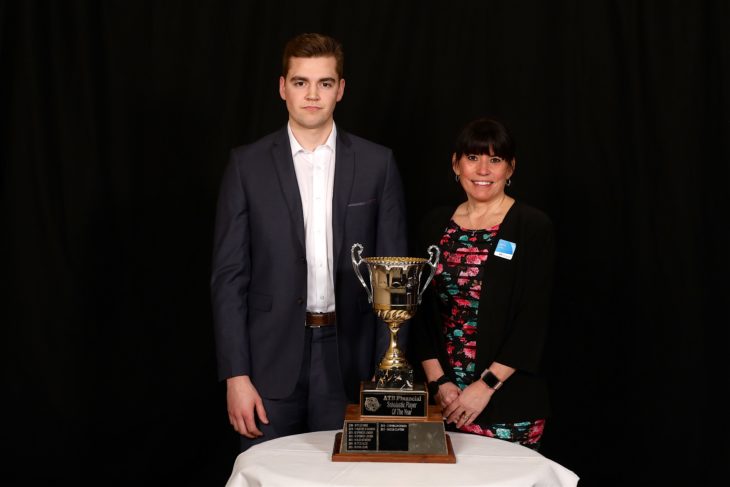 20/20 Vision Care Community Service Award is a special award since the Tigers have always prided themselves on being a team that gives back to our community. Mark Rassell won this year for his willingness to go the extra mile. 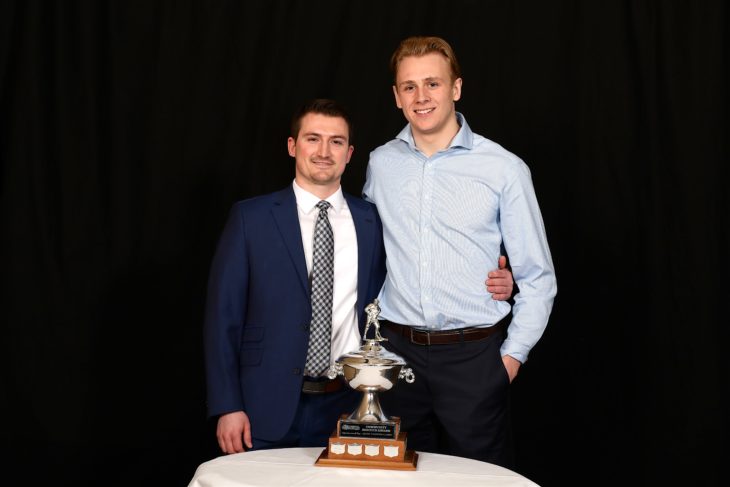 Chat 94.5 Unsung Hero Award goes to the player who did the little things that often go unnoticed by fans but were essential to the teams’ success. This year’s winner is Ryan Jevne. 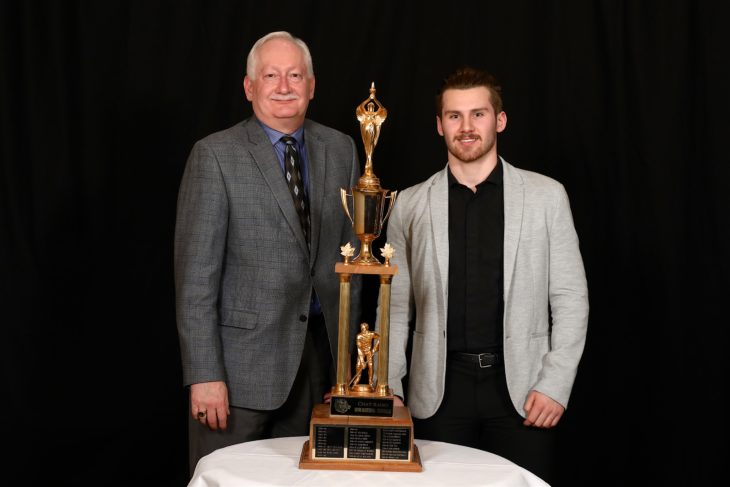 Aldo’s Shoe Repair 3 Star Award is presented to the player who worked hard every night and was crucial to the Tigers success earning one of the 3 stars of the night more than anyone else was Mark Rassell. 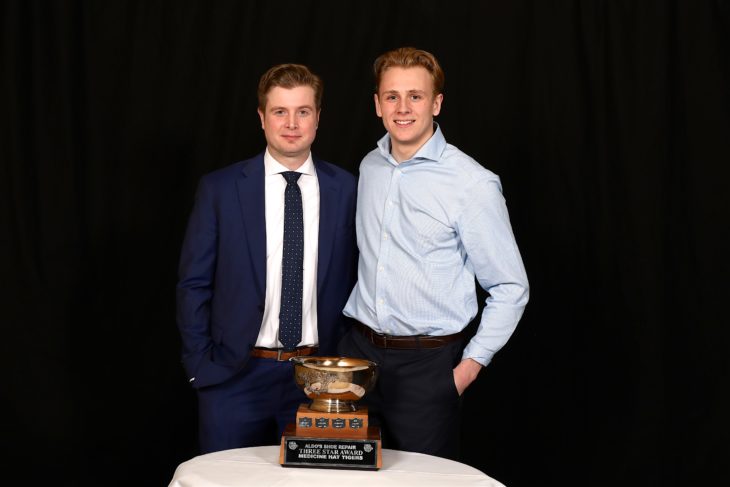 Gerard Moyer Leadership Award sponsored by Lanny McDonald is presented to the player that best personified the characteristics of leadership, not only on the ice, but off the ice, in the dressing room and within our community. This award went to our Captain, Mark Rassell. 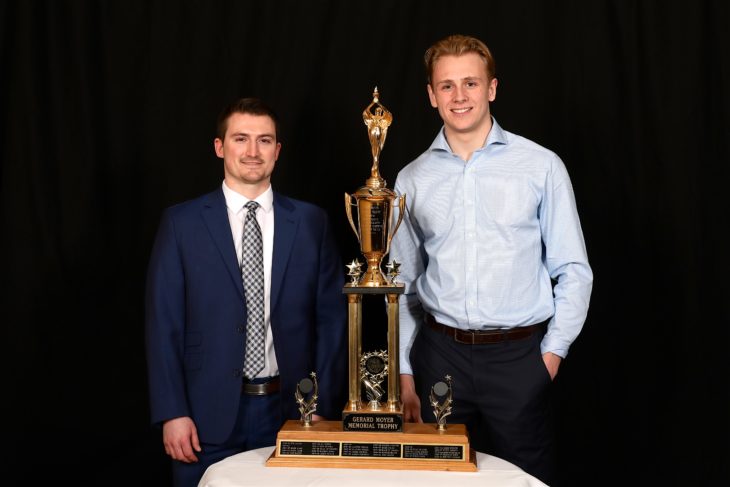 Mr. Lube Hardest Working Player goes to the player that stood out and helped set the bar for effort during training sessions, practices and games. This year’s winner is Jame Hamblin. 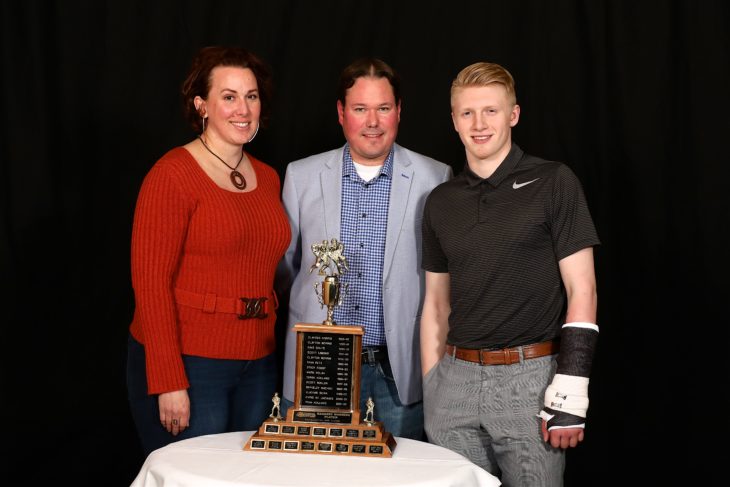 MY96 Rookie of the Year goes to the top performing Tigers player in their first year of the Western Hockey League. Despite being sidelined with an injury, Josh Williams led all rookies in scoring this season and was this year’s winner. 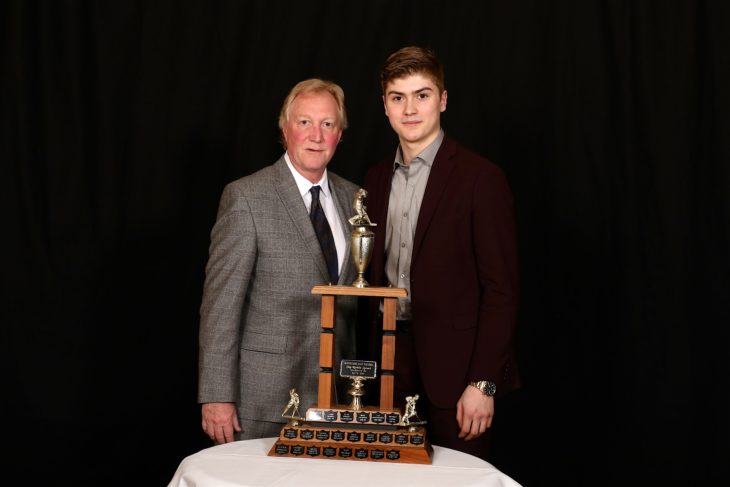 MacLean Wiedemann Lawyers LLP Most Improved Player Award goes to the player who has improved the most since last season. Ryan Chyzowski is this year’s winner. 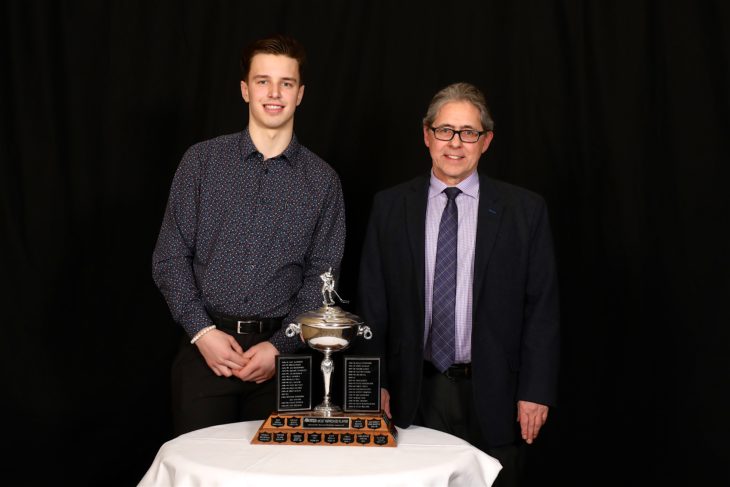 South Country CO-OP  Top Defensive Forward is presented to one Tiger player who was counted on to shut down opponents and be a presence in the defensive end. This year’s winner is Jame Hamblin. 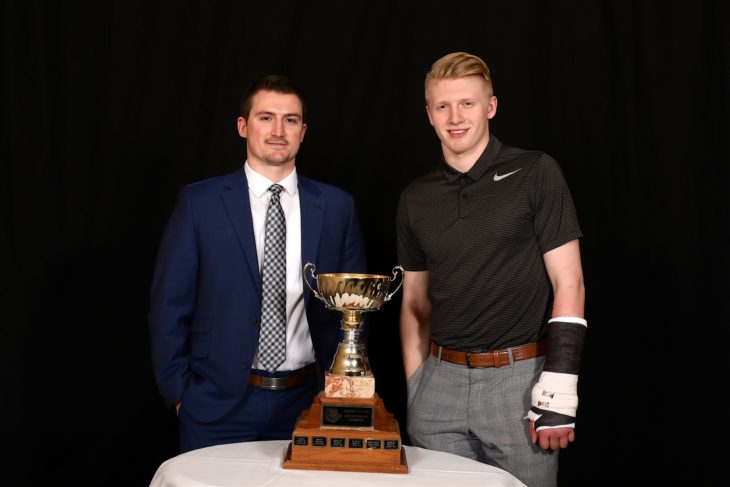 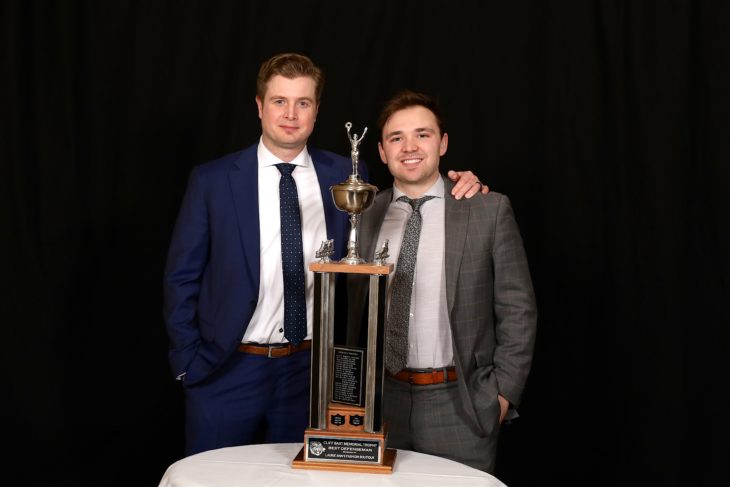 Guttormson & Co. Playoff MVP goes to the player who displayed determination, poise and logged a mountain of ice time during the playoffs. It went to none other than Mark Rassell.

Medicine Hat Lodge Most Valuable Player goes to the most outstanding player in the regular season and this year we were fortunate enough to have two players who demonstrated not only exceptional hockey skills, but leadership, determination and teamwork. Mark Rassell and David Quenneville are this year’s winners. 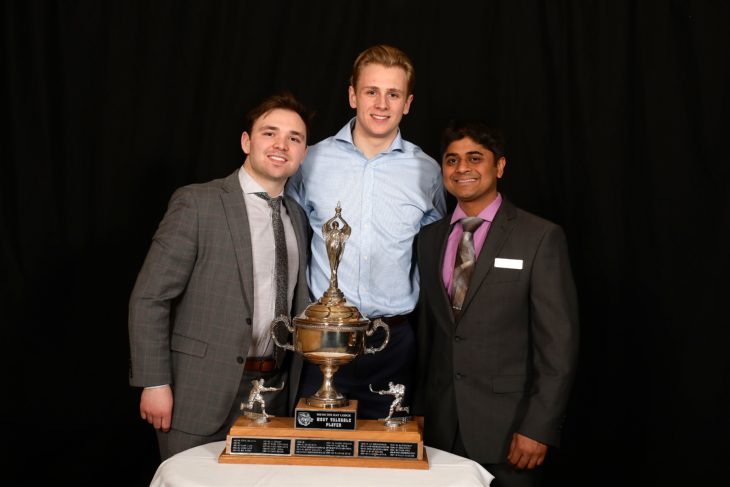 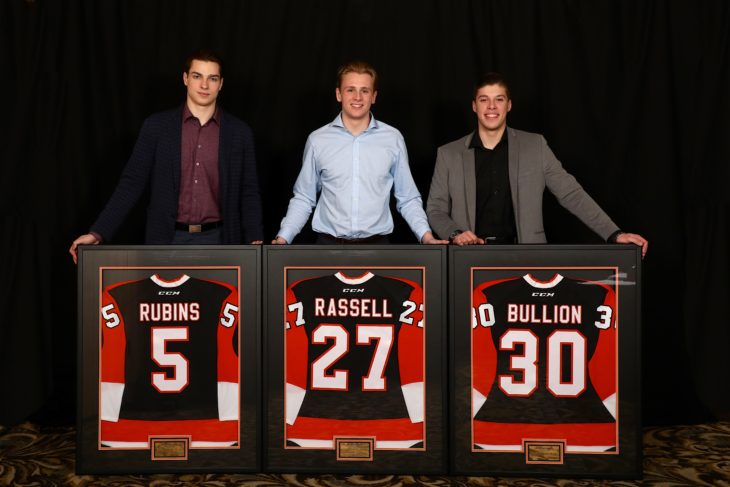 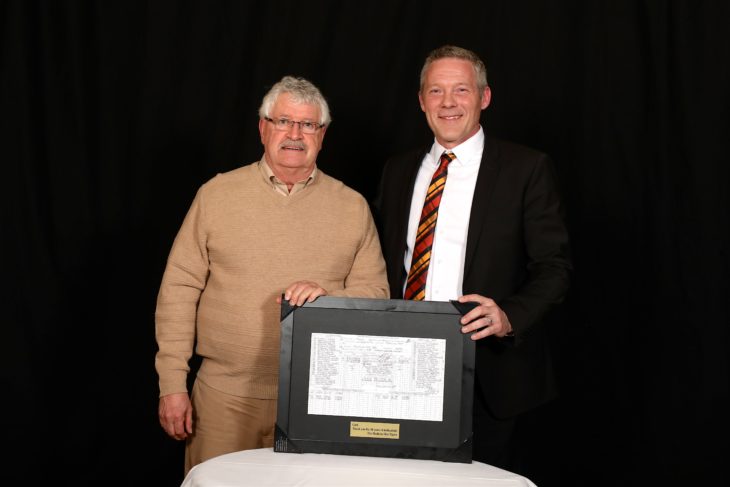 The Year End Reception and Awards Banquet was a great way to end an already memorable season!