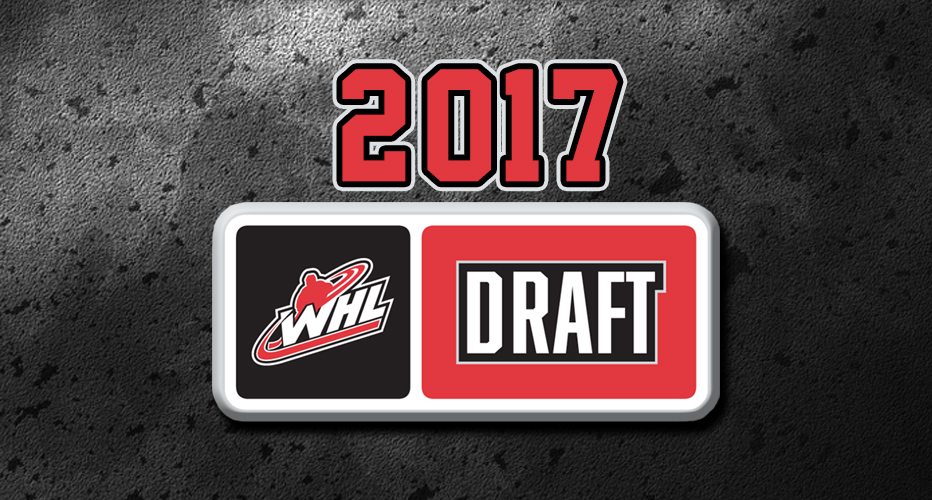 Medicine Hat, AB — The Medicine Hat Tigers stocked the cupboard at the 2017 edition of the Bantam Draft deciding to select 13 players, including 7 forwards, 5 defenseman and 1 goalie. The day marked the first time in franchise history that 13 players have been drafted, the highest was 12 player back in 1998 when the Tabbies made Jay Bouwmeester the 1st overall pick.

The draft was highlighted by the Tigers 1st round selection when they took goaltender Garin Bjorklund. It was the first time since 2007 the Tigers selected a goaltender in the 1st Round. Bjorklund stands in at 5’11 and played last season with the Calgary Bisons of the AMBHL posting a 1.97 GAA throughout the season. Bjorklund was apart of the B Final Alberta Cup winning team posting a 1.34 GAA in 3 appearances.

“Garin is a gifted athletic goalie that has tremendous quickness, we would like to welcome Garin and his family to the Tigers organization,” said Tigers Director of Player Development Darren Kruger

Medicine Hat selected size during the 2016 draft as 7 of their 9 picks stood in at 5’10 or taller. This year the Tigers brass decided to go with highly skilled forwards taking 4 of the Top 10 scorers in the Alberta Major Bantam Hockey League with mid round picks. Noah Danielson and Kadyn Chabot were 1 and 2 in scoring with a combined 152 points in 36 games. Both players were league All-Stars with Danielson being named the league’s MVP.

Not to be outdone were picks Brett Meerman and 2nd Rounder Scout Truman. Both players combined for 133 points last season in the same league (AMBHL). Truman is a teammate of Chabot while Meerman is a teammate of Danielson setting the stage for some dynamic duos for year’s to come for Tiger fans.

Medicine Hat capped off the draft making history as they selected players in the 13th and 14th rounds for the 1st time in franchise history. Going in the 13th round was defenseman Talon Zakall from Kamloops, BC and in the 14th Round was forward Davis Chorney, who is the biggest player taken by the Tigers, standing in at 5’11 and 180lbs.

Next up for the Tigers is their annual prospects camp where many of the players selected will come out to show the coaching staff their talents. The camp takes place at the beginning of June at the Family Leisure Centre!

Dates and times will be available at a later date.