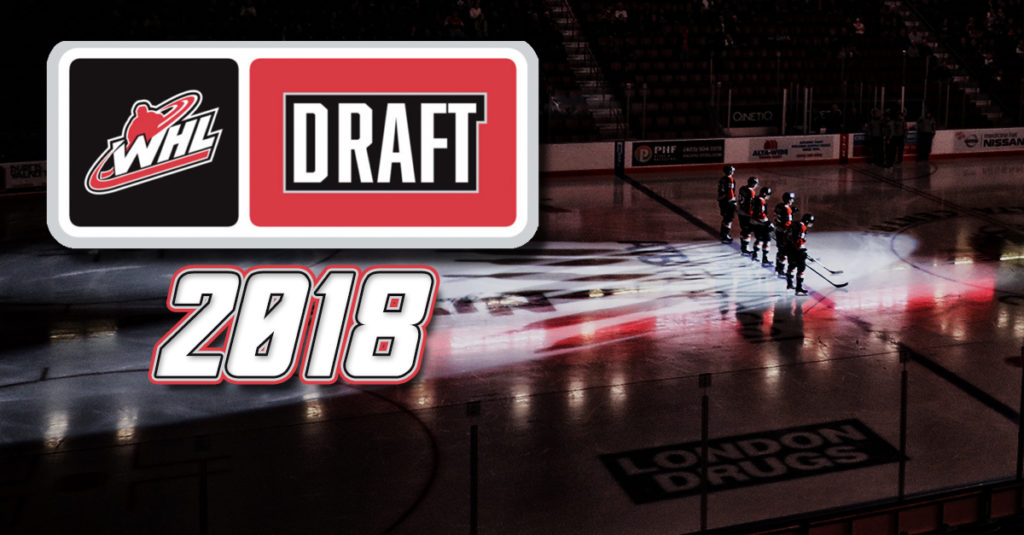 Medicine Hat, AB – The Medicine Hat Tigers have the 11th pick overall in this year’s WHL Bantam Draft that will take place Thursday, May 3rd, in Red Deer, AB.

Medicine Hat’s teams have traditionally been built from the drafts, as opposed to from trades. The 2017/18 Central Division Champion team featured 12 out of 25 players drafted by Medicine Hat in the bantam draft. Two players from that team were also drafted by the Tabbies in the CHL Import Draft that will take place later this summer.

Although the bantam draft is an important milestone in young hockey player’s life, players who are not drafted can still find success in the WHL. Three key players from the 2017/18 roster were not drafted, most notably Captain Mark Rassell. Rassell was able to find success in his four season suiting up for the Orange and Black, including becoming the 31st Tiger to score 100 WHL Career Goals, as well as hitting the 50 goal in a single season milestone this past year.

Last season the Tigers had the 21st pick overall, their lowest draft pick since the 2007 Championship winning season.  Goaltender Garin Bjorklund from Grande Prairie, AB, was Medicine Hat’s 2017 first round pick. Bjorklund has since suited up for the 2017 WHL Cup, winning all three games played with a 2.00 GAA and a .878 SAV%.

Below is a list of the Tigers’ last three years’ draft picks and the number of regular season WHL games they have played.