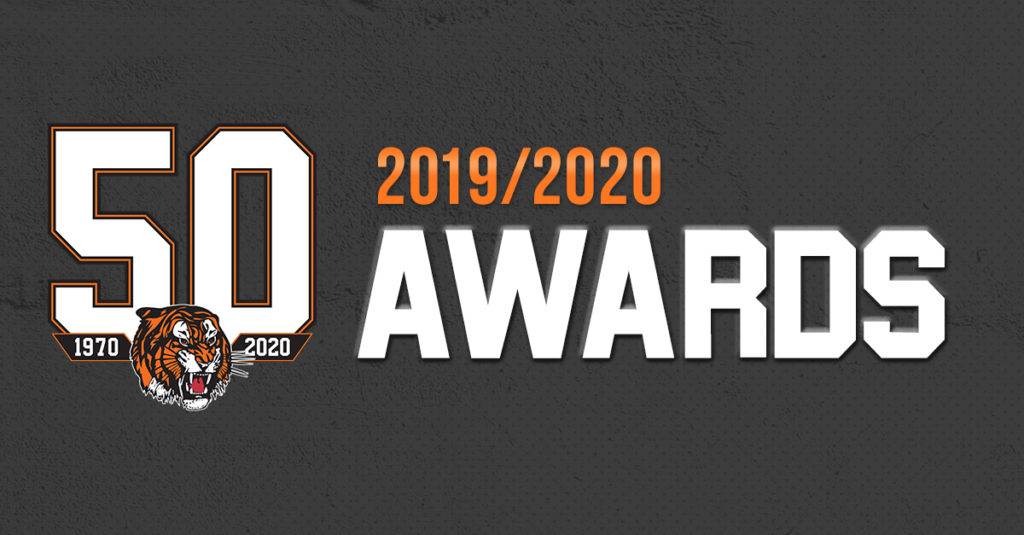 Medicine Hat, AB — The Medicine Hat Tigers will be announcing the winners of their year end awards online this year in light of the current pandemic.

Starting Tuesday, April 7th, the Tigers will announce one award winner a day at 10 a.m. on their website and their social media channels. Below is a list of the awards that will be given out.

The Medicine Hat Tigers would like to thank their fans and their sponsors for their unwavering support and hope that everyone is staying safe and healthy.