2020 SKILLS COMPETITION BROUGHT TO YOU BY A&W RECAP 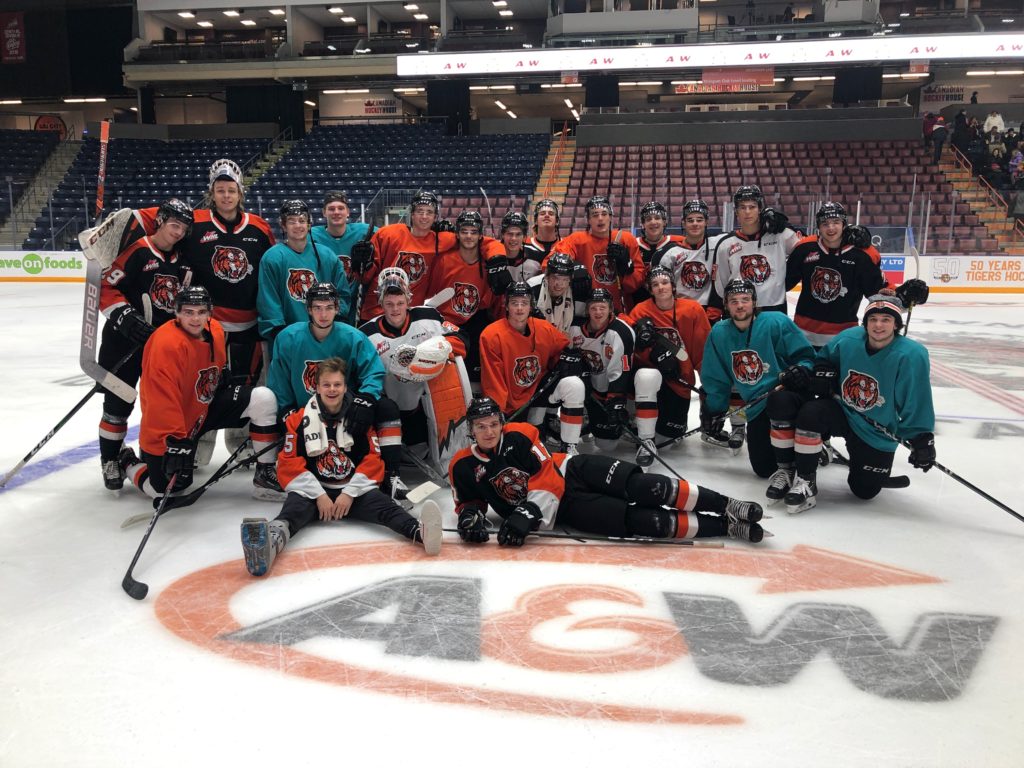 Medicine Hat, AB — The Medicine Hat Tigers took advantage of their week off to give back to the community by hosting their Annual Skills Competition brought to you by A&W on Thursday night at the Canalta Centre.

The Skills Competition allows the players to showcase their skills as well as their personality while they give back to the community since it is a fundraiser for the local MS Society. The MS Society collected donations at the door and they sold 50/50 tickets during the event. Together the Tigers and the community of Medicine Hat raised $3,713.45 for the MS Society. 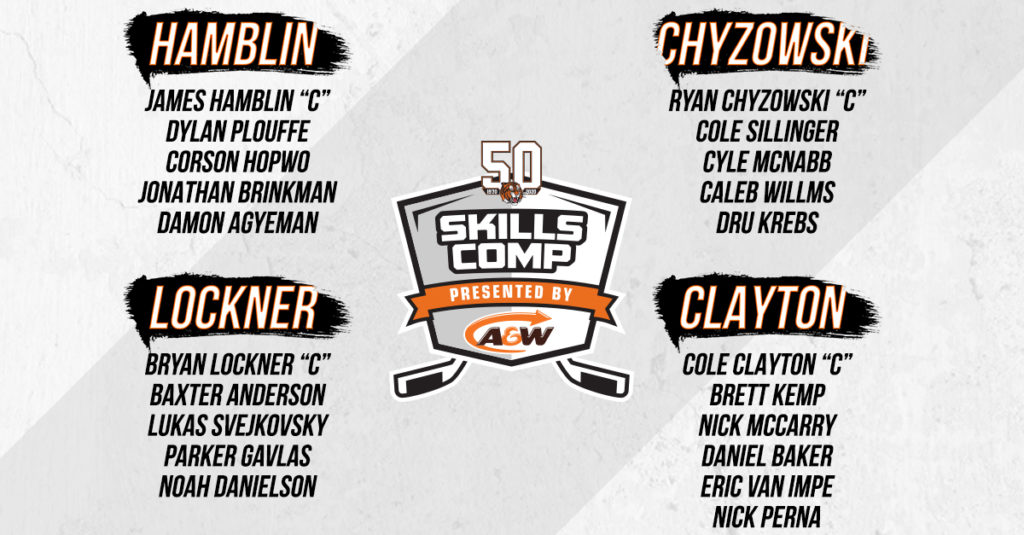 The players on each team were then chosen to compete in the following competitions: fastest skater, showtime shootout, most accurate shot, hardest shot and an elimination shootout.

Fastest Skater: Each Captain selected one player to represent them in the fastest skater competition and each player was timed during an individual heat before facing off in the finals. 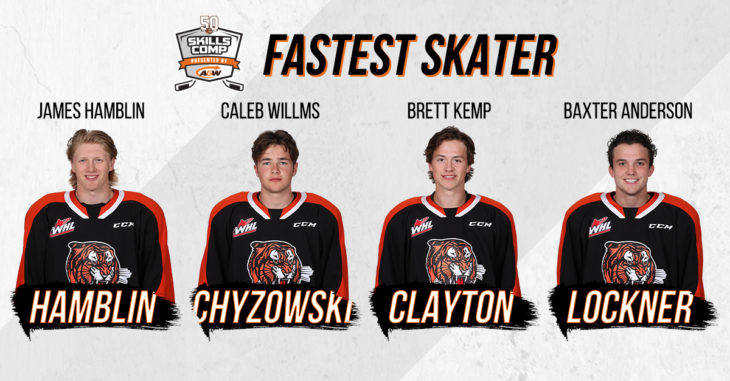 Showtime Shootout: Each Captain chose one player to compete in everyone’s favourite event the Showtime Shootout. Using their creativity, the players had two chances to impress the panel of guest judges. This year’s guest judges were Ryan McCracken of the Medicine Hat News, Elijah Brown, Tigers prospect Tyler Mackenzie and Rooty the A&W Root Bear. 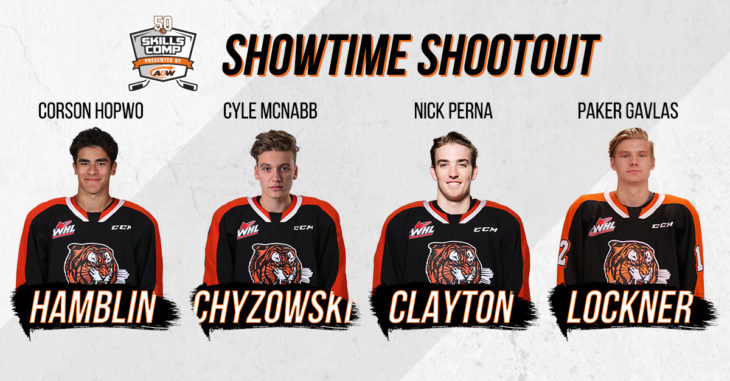 Here are the scores from the showtime shootout:

Accuracy Shooting: Each Captain put forth their best shooter who had two chances to hit all four targets. 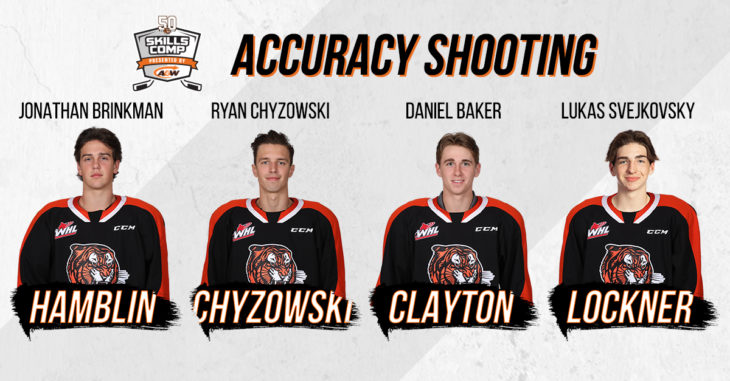 Hardest Shot: Each Captain selected one player who they thought had the hardest shot. Each shooter had two chances to shoot with a radar gun clocking their speed. 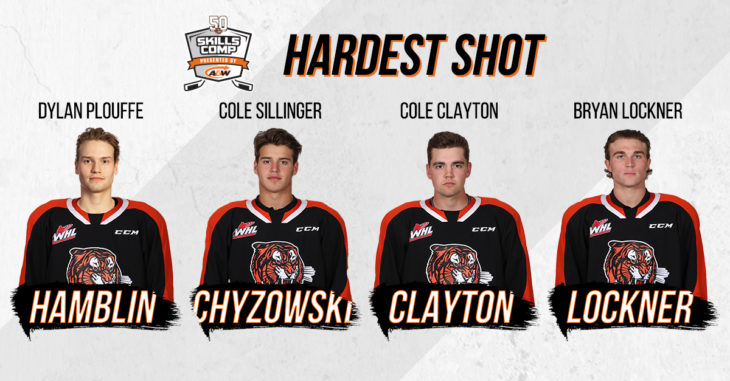 In light of the tie between Team Chyzowski and Team Lockner, they had a shot off. Each player shot one more time to determine second place.

Elimination Shootout: Every player had a chance to participate with the last man standing winning.

The standings heading into the 3 on 3 tournament were:

For the tiebreaker, Chyzowski and Clayton played paper rock scissors to determine who would play Team Hamblin in the first game of the 3 on 3. Clayton won which meant Team Chyzowski played Team Lockner.

3 v 3 Tournament: 1st place vs 4th place, 2nd place vs 3rd place with the winners facing off in the finals.

In the finals, Team Chyzowski defeated Team Clayton 2-1 to be crowned this year’s Skills Competition brought to you by A&W Champions. 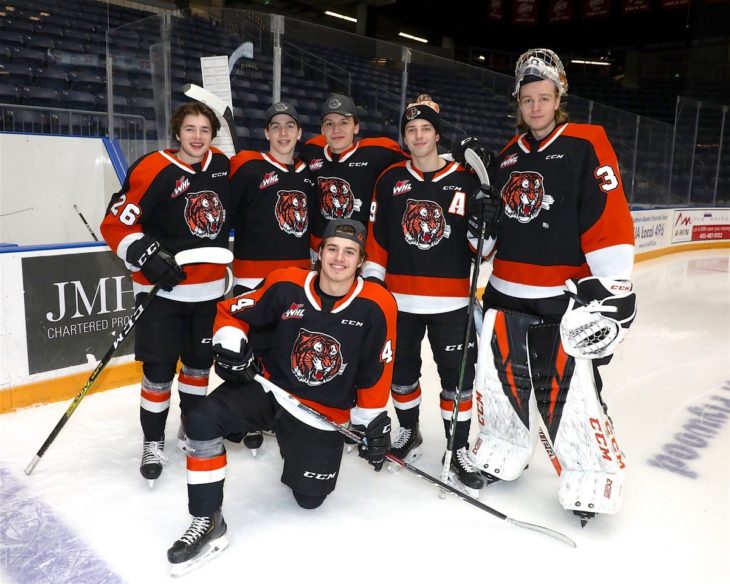 The Medicine Hat Tigers will be back in action this weekend facing off against two Central Division Rivals. On Saturday night the Tabbies will host the Lethbridge Hurricanes at the Canalta Centre. Tickets for the game can be purchased in person at the Canalta Centre Box Office or online. Sunday, the Tigers will travel to Edmonton for an afternoon meeting with the Oil Kings.