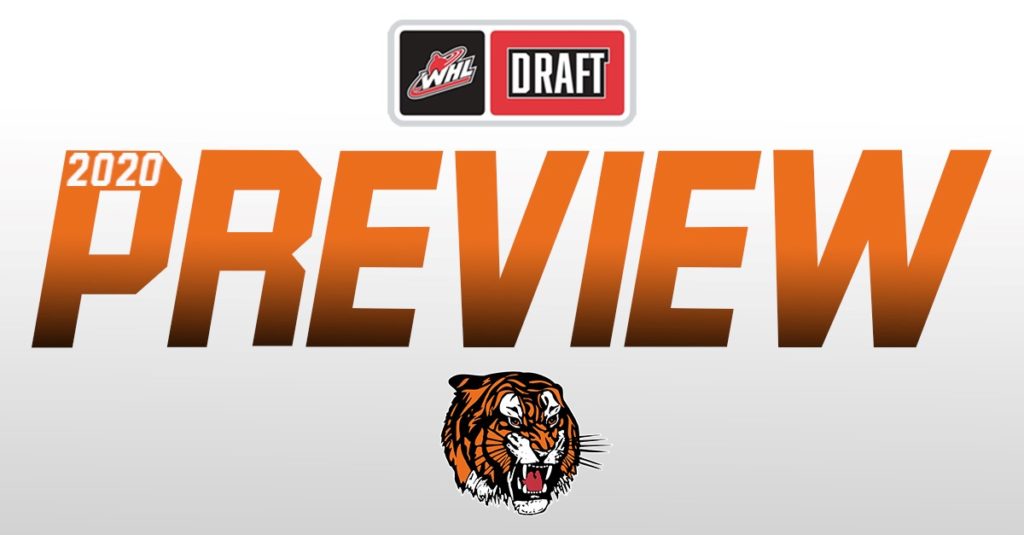 All 22 WHL Clubs will have the opportunity to select players who are born in 2005 and who reside in Alberta, British Columbia, Manitoba, Saskatchewan, Northwest Territories, Yukon, Alaska, Arizona, California, Colorado, Hawaii, Idaho, Kansas, Minnesota, Montana, Nebraska, Nevada, New Mexico, North Dakota, Oklahoma, Oregon, South Dakota, Texas, Utah, Washington and Wyoming. American born players who were not drafted in the Inaugural WHL US Prospects Draft at the end of March are eligible to be drafted this Wednesday.

The 2019-2020 WHL season was cut short due to the COVID-19 outbreak. Thus the Medicine Hat Tigers finished second in the Central Division and sixth overall with a 41-19-2-1 record. Although that would give the Tabbies the 17th selection overall this year, through trades they will pick 11th.

Last year in the 2019 Bantam Draft the Tigers drafted Oasiz Wiesblatt in the first round with the 12th selection overall. The 15-year-old Calgary, AB forward played for the Calgary Buffaloes Midget AAA in the Alberta Midget Hockey League this past season. He had 21 points (7G, 14A) in 29 games played and he helped the Buffaloes win the 2019-20 Mac’s Midget AAA Tournament. Wiesblatt also played one game for the Tigers as an affiliate player during the 2019-20 season. 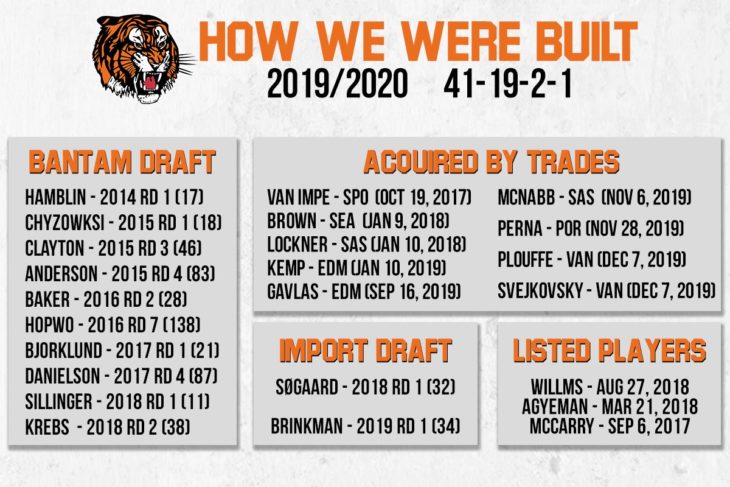 Although the WHL Bantam Draft is an important milestone in a young hockey player’s life, players who are not drafted can still find success in the WHL and beyond. Joffrey Lupul, Clarke MacArthur, Matt Keetley, Tyler Ennis and most recently Dylan MacPherson are a few notable former Tigers who went undrafted in the Bantam Draft but who have found success professionally after their playing stint with the Tabbies.

This year’s draft will be conducting online and fans can either follow along on the WHL’s website or any of the Tigers’ social media channels.