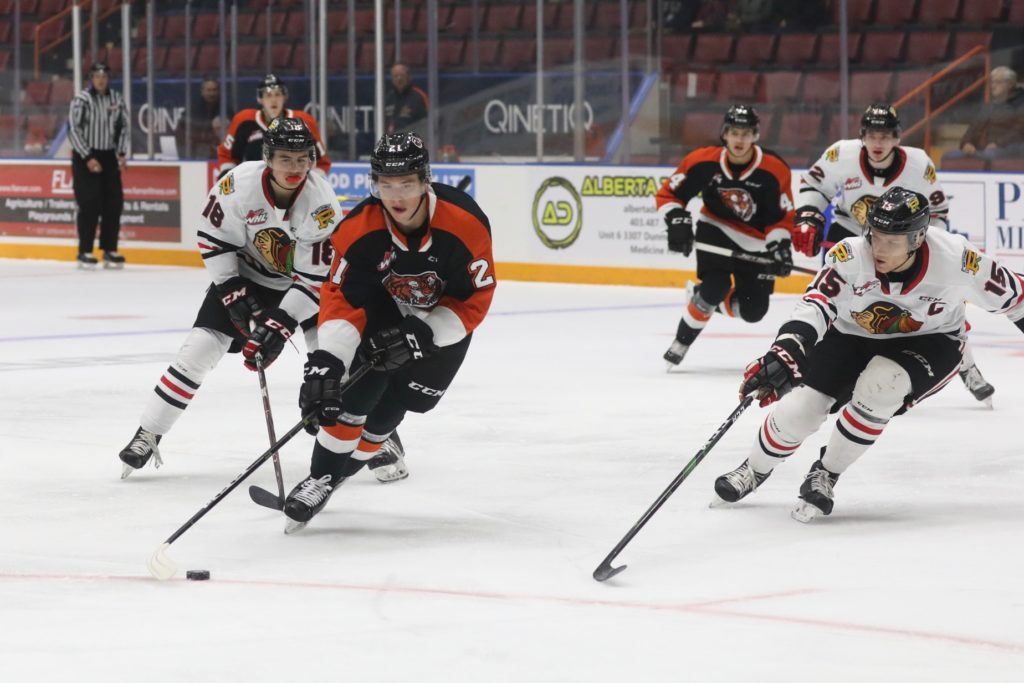 The Tigers had a strong performance in the final frame where they scored three unanswered goals to capture the victory. Captain James Hamblin had a two-point night (1G, 1A) and picked up his 200th and 201st career WHL point during the contest.

The Tabbies responded quickly when Eric Van Impe set up Hamblin to score his fourth goal of the season shortly after Brøndberg’s goal.

The tie game was shortlived when Clay Hanus scored to regain the lead for the Winterhawks. The Orange and Black headed to the dressing room trailing 2-1 after 40 minutes of play.

Midway through the third period while the Tigers were on the power play, Brett Kemp netted his second goal of the season on a play from Parker Gavlas.

Four seconds later, Hamblin won the faceoff and Daniel Baker fired a shot in from the neutral zone to score his first goal of the season and take the lead for the Tigers.

Late in the game, on a play from Kemp and Ryan Chyzowski, Trevor Longo scored to make it 4-2 for the Tigers.

Medicine Hat is now 5-2-1-0 and they will host the 3-3-1-0 Winnipeg ICE on Friday. Friday’s game is a New Rock Developments’ Chuck a Puck night in support of Salta Gymnastics. Tickets for the game can be purchased online or in person at the Canalta Centre Box Office.