TIGERS DEFEAT HURRICANES 3-2 IN A SHOOTOUT 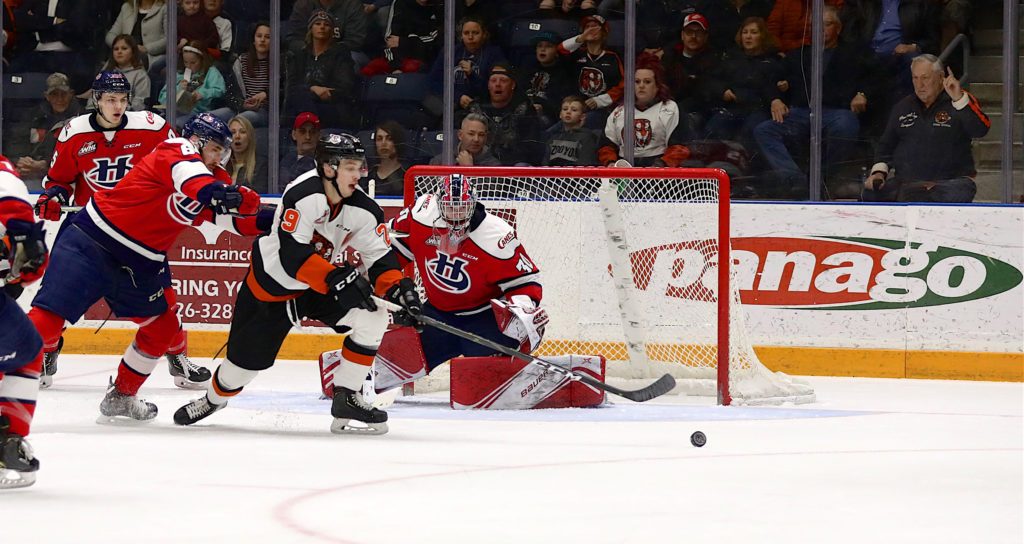 Rookie goaltender Garin Bjorklund stopped 30 of 32 shots faced and all three shooters in the shootout to help the Tigers earn their victory. James Hamblin was the lone goal scorer in the shootout.

The Tigers opened the scoring 38 seconds into the game while on the power play. Hurricanes veteran forward D-Jay Jerome was called for tripping Cole Sillinger at eight seconds. Sillinger then combined with Brett Kemp to set Hamblin up to score his sixth goal of the season and give the Tigers an early lead.

Late in the period while the Tigers were on the penalty kill, Hurricanes Import forward Oliver Okuliar scored to bring the game back to a stalemate. The two Central Division Rivals headed to the dressing room tied 1-1 after 20 minutes of play.

In the second stanza, Dylan Cozens took the lead for the Hurricanes scoring his 10th goal of the season.

Late in the final frame, Elijah Brown fired the puck past Carl Tetachuk on the power play to tie the game up 2-2. Ryan Chyzowski and Brett Kemp combined on Brown’s third goal of the season.

Brown’s goal sent the game to extra time where neither team was able to score. Bjorklund stopped both Lethbridge shooters and Hamblin scored the game winner in the shootout.

Tetachuk turned aside 41 of the Tabbies’ 43 shots during the contest.

The Orange and Black are now 9-4-1-0 and they will travel to Victoria to play the Royals Saturday, November 2nd.