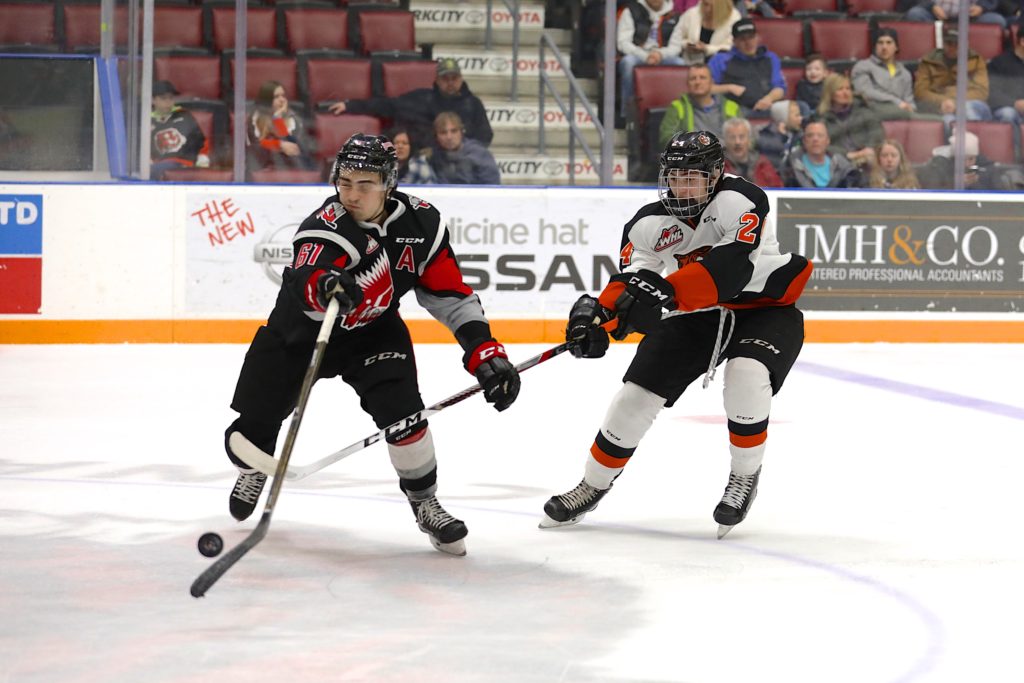 Medicine Hat, AB — The future is now for the Medicine Hat Tigers. The WHL’s annual Bantam Draft will take place this week, Thursday May 4th in Calgary to determine the next crop of future WHLers. Last season the Tigers selected Josh Williams with the 5th overall pick in the draft and the BC native has already made a splash as a Tiger suiting up in 4 games and scoring his 1st career goal.

The bantam draft is always a gamble as some kids will make the team that drafted them and sign, while other will continue to play hockey at other levels. However sometimes it is players who aren’t drafted who can make an impact. Like the story of Tyler Ennis who wasn’t drafted out of bantam. Instead the Tigers listed the shifty forward despite his small stature. Ennis would go on to be a star in the WHL, winning the WHL Championship in 2007.

This season the Tigers will pick 21st, their lowest draft pick since the 2007 Championship winning season. That year the Tigers would select Tyler Bunz. Bunz would go on to appear in 197 games between the pipes for Medicine Hat, the second most in franchise history. Bunz also left the Tigers after his 5 year career as franchise leader in minutes played and most wins.

Medicine Hat teams are traditionally built around the Bantam Draft rather than trades. In the 2016-17 season 14 of the 23 players were drafted by the Tigers.

Take a look at the previous 4 Bantam Drafts for the Tigers and the number of regular season games played in the WHL.

The draft takes place on Thursday and you too can follow the 1st Round and subsequent rounds on whl.ca starting at 9am.