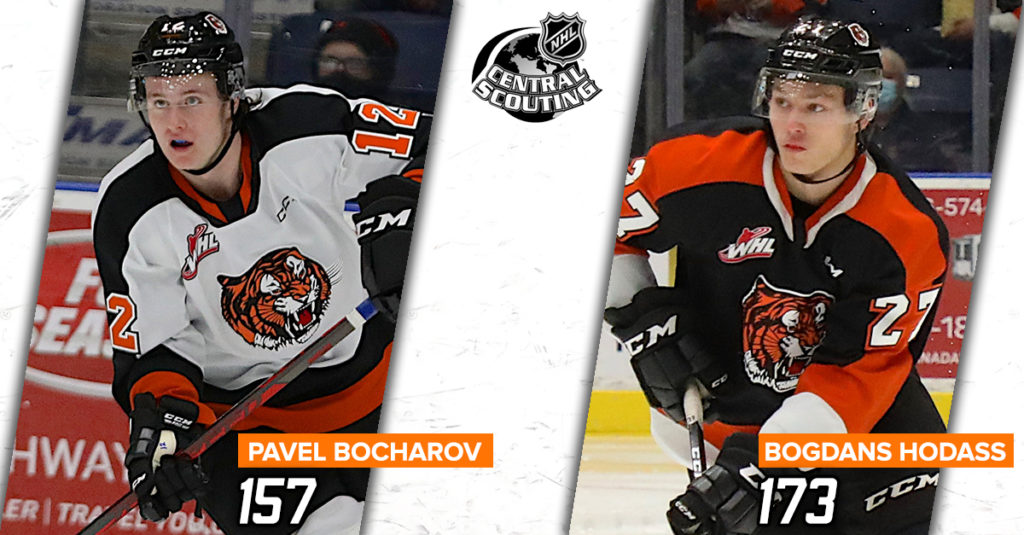 Medicine Hat, AB — The Medicine Hat Tigers along with the Western Hockey League is proud to announce that two members of the Tigers, along with 51 players from the WHL have been named to NHL Central Scouting’s Midterm Rankings ahead of the 2022 NHL Draft.

Pavel Bocharov is ranked 157th among North American Skaters, the Escondido, CA native has two goals and seven assists this season. Bocharov was originally selected by the Saskatoon Blades in the 8th round of the 2019 WHL Prospect Draft before being acquired by the Medicine Hat Tigers in late December.

Bogdans Hodass who hails from Jelgava, Latvia is ranked 173th by NHL Central Scouting. Hodass was selected by the Tigers in the 2021 WHL Import Draft. Since coming to the Tigers the 6’3 blueliner has 16 points (3G, 13A) in 23 games. The 18-year-old also represented his home country of Latvia at the 2022 World Junior Hockey Championships (DIV 1A). Hodass appeared in all five games for Latvia, registering 3 assists.