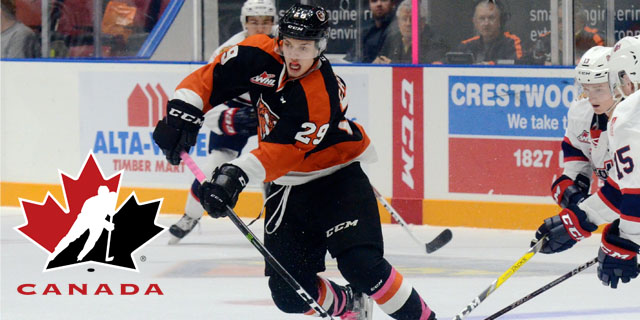 Chyzowski, drafted 18th overall by the Tigers in the 2015 WHL Bantam Draft, will be the third member of his family to wear the Team Canada crest; his father, Dave, captained Canada to a gold medal at the 1990 IIHF World Junior Championship, while his brother, Nick, won silver with Team Pacific at the 2014 World Under-17 Hockey Challenge.

Chyzowski replaces Joe Veleno (Kirkland, Que./Saint John, QMJHL) who is unable to participate due to a lower-body injury.

For more information on the tournament, head to Hockey Canada here —-> https://www.hockeycanada.ca/en-ca/National-Championships/Men/World-U17/2016