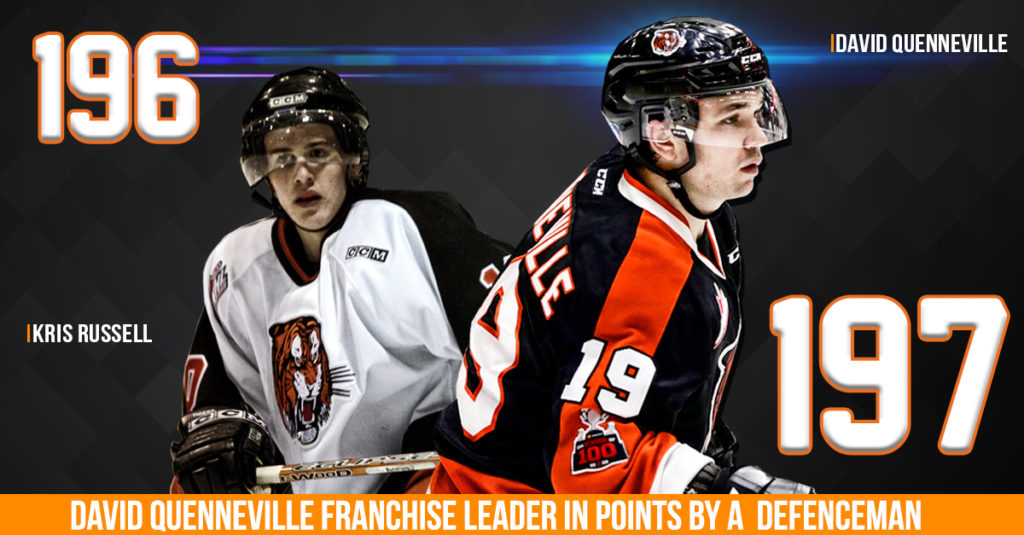 The 19-year-old Edmonton was drafted 10th overall by the Tigers in the 2013 WHL Batam Draft after having a productive youth career with the South Side Athletic Club.

Quenneville made his WHL debut March 15, 2014, against the Lethbridge Hurricanes. It was his lone appearance of the 2013-2014 campaign.

In 2014-2015, Quenneville finished 9th among rookie defenceman with 6 goals. He also picked up 14 assists for 20 points in his inaugural season.

The last three season that Quenneville has suited for the Orange and Black, he has had 50+ point seasons.

During the 2016 NHL draft, Quenneville was drafted 200th overall in the 7th round by the New York Islanders.

The Medicine Hat Tigers will travel to Calgary to face the Hitmen for the second game in a home and home series tomorrow. The game will start at 2:00 p.m.