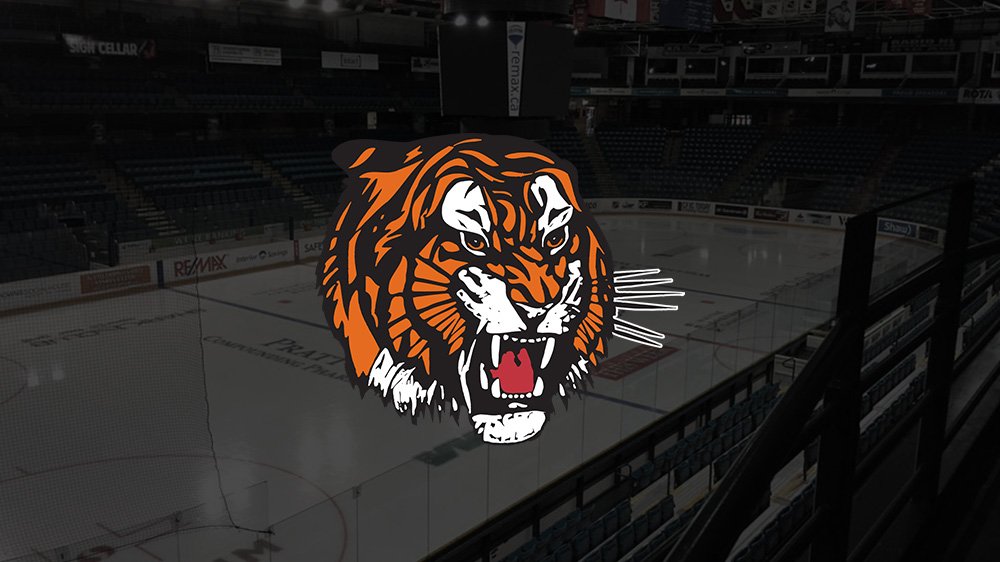 When the Medicine Hat Tigers announced Willie Desjardins would return to the organization as general manager and head coach, there was a definite buzz in the community. Indeed, a popular sporting figure will be back in the Gas City, ready to step behind the bench.

Since that press conference at the Canalta Centre on May 31, the Western Hockey League off-season has been relatively quiet in Medicine Hat. But that certainly doesn’t mean Desjardins has been focused on sipping umbrella drinks this summer.

“I’ve been touching base with most of the players,” Desjardins said in an interview with DUBNetwork. “I’ve talked with the staff and gone through trying to identify players we’re recruiting. So, just getting real familiar with the roster.”

Desjardins will wear two hats this season. He confirmed contributions from the coaching staff will be crucial when his general manager duties might become a priority. Assistant coaches Joe Frazer and Ryan Smith will be back.

“Yep, everything looks good that way,” Desjardins said. “I think your staff is always critical. One person never wins anything and to be successful you need a group of people.”

“I’m fortunate I have quality people around me. I have a good group of support people, a really good group to work with.”

As far as the roster is concerned, one can always speculate, though it’s certainly premature to confirm which players the Tigers will carry as 20-year-olds. Desjardins knows he has a solid group of overage players to choose from with the likes of Logan Christensen, Tyler Preziuso, Hayden Ostir, Jordan Hollett and James Hamblin.

The team can only keep three 20-year-olds, but it’s conceivable all five could play in the league this season.

“That’s what you always want,” Desjardins said, when asked if the presence of so many good players might make his decisions very difficult. “They are a big part of the leadership. We haven’t made any decisions on those, but we do have a good group to choose from.”

Hollett’s status is even more interesting.

He checks in at 6’5, 210 pounds and is a veteran goaltender who has appeared in 130 WHL games – including 36 regular season tilts in each of the past two seasons with the Tigers since coming over from the Regina Pats. The Ottawa Senators selected Hollett in the sixth round, 183rd overall, at the 2017 National Hockey League draft, but did not sign him.

Danish netminder Mads Sogaard (6’7, 190 pounds), whose name was called by Senators at the 2019 draft in Vancouver, 37th overall, was the first WHL goalie selected. He would seem to be a lock as the starter.

“Goaltending is always hard to judge,” Desjardins said. “Goalies tend to take a little longer to develop. (For Mads) it’s great, he’s come over and done well and is just a real quality person. By all accounts, we’ll have him back.”

Regarding Hollett, Desjardins confirmed he is eligible as a 20-year-old and “we’ll have a decision to make at camp.”

“That would be our plan,” Desjardins said, when asked if the organization is committed to carrying two imports. “We drafted another guy, so our plan would be to have two.”

Among the youngsters, expectations are high that 16-year-old Cole Sillinger can push for a roster spot. The Tigers first round selection, 11th overall at the 2018 WHL Bantam Draft, suited up for a total of 10 games last season, including the six playoff games against the Edmonton Oil Kings.

Sillinger, a member of the league champion Regina Pat Canadians, led the Saskatchewan Midget AAA circuit in scoring last season with 31 goals and 45 assists in 39 games.

He collected some hardware along the way – the league’s most valuable player, top forward, rookie of the year and was named to the first all-star team.

Desjardins was asked if Sillinger might be in the Tigers plans this season.

“He is for sure, a quality individual who plays hard every game and plays with an edge,” he said. “He has great skill and he’s a guy we’re looking for really good things from down the road.”

Aside from roster juggling, the Tigers have an interesting scheduling quirk to deal with early on.

Following a visit by the Saskatoon Blades on October 15, the Tigers will not play another home game until the Edmonton Oil Kings come calling on November 16.

The Canalta Centre will be used by the IIHF and Hockey Canada when Medicine Hat and Swift Current jointly host the World Under-17 Hockey Challenge, November 2-9. During that week, the Tigers will travel to British Columbia and play five games. All told, the Tigers will play nine straight away from home.

“That’s a long break, for sure,” Desjardins said. “But I think as a coach or as a player, you have to make it work for you. That’s our job. We know we’re going to be away and we have to be prepared to play hard on the road.”

News & Notes…It’s a big weekend for the Tigers, as the Alberta Hockey Hall of Fame Awards Gala is scheduled for Sunday, July 21 in Canmore. Bob Ridley, the Tigers radio play-by-play voice since 1970 is being inducted. And the 1986-87 and 1987-88 Memorial Cup Championship teams are also being inducted.