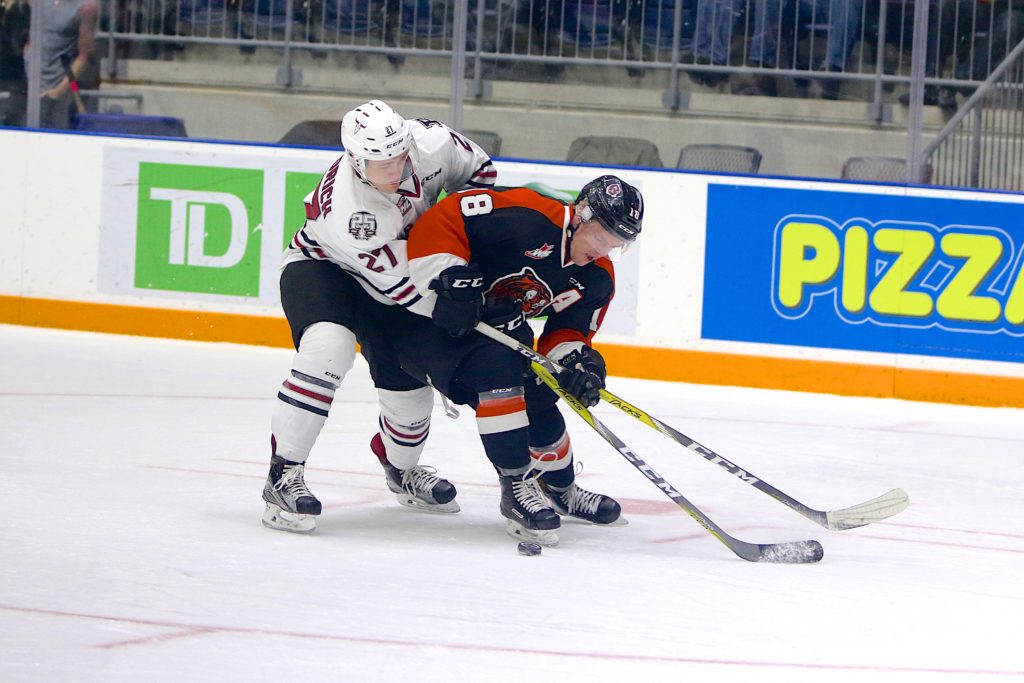 There’s plenty of buzz surrounding Medicine Hat Tigers forward Mason Shaw entering tonight’s NHL entry draft, but the man himself is trying not to focus on the chatter.

Shaw will be at the United Centre in Chicago waiting to hear his name called in the opening rounds of the draft, but the Wainwright product says he won’t be perusing any predictions regarding his ranking.

“I don’t really like to listen to what everyone has to say,” said Shaw. “A lot of people harp on my size more than anything, if I look into things.”

While Shaw’s size — at 5-foot-9 and 180 pounds — could prove to be a barrier for some NHL teams, his offensive upside coupled with a tooth-and-nail work ethic should keep him on a number of watch lists.

Shaw closed out his season with a staggering 27 goals and 67 assists — good enough for seventh in the WHL in points — before adding 12 assists in 11 post-season contests.

He enters the weekend ranked 55th among North American skaters by NHL Central Scouting Services and 132nd overall by International Scouting Services. TSN’s Craig Button has him penned in on his list at 44th overall and Bob McKenzie listed him as an honourable mention in his top 100 eligible players — both of which could be a direct result of his strong showing at the scouting combine.

“I think I’ve done all I can to this point. At the end of the day it’s what the NHL teams think about you, not what the reporters or whatnot think,” said Shaw. “There are some exciting times ahead.”

Shaw got an added boost of confidence earlier this week with an invitation to Hockey Canada’s Summer Showcase, with a chance to compete at the IIHF World Junior Championship on the line. Joining Shaw at the event will be friend and teammate David Quenneville — who went through the draft process last year, going 200th overall to the New York Islanders.

At 5-foot-8 and 187 pounds, Quenneville also battled some size concerns before hearing his name called just 12 picks before the end of the draft. But as far as Quenneville is concerned, Shaw won’t have to wait that long.

“He’s a small guy but he’s a terrific player,” said Quenneville, adding he believes Shaw will go in the second or third round. “He’s got a smart hockey mind and knows he’s ready to deal with the process and whatever’s thrown at him. I just said to enjoy it, have fun and take it all in.”

The NHL entry draft gets underway with the first round tonight at 5 p.m. The remainder of the draft will pick on Saturday at 8 a.m.