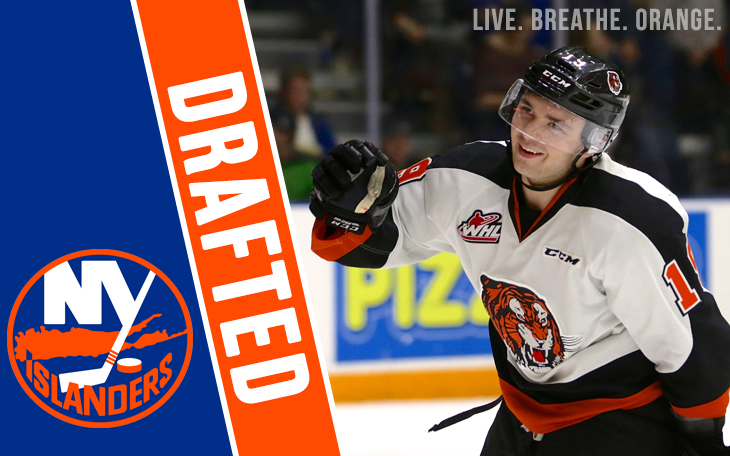 Medicine Hat, AB — The Medicine Hat Tigers have a new draft pick in defenceman David Quenneville who was selected in the 7th round of the NHL Draft on Saturday by the New York Islanders.  Quenneville is the last of his brothers to be selected to the NHL as big brothers John and Peter were selected by New Jersey and Columbus respectively. For Quenneville, he was selected 200th overall.

Quenneville concluded his 2nd full season in the WHL and recorded more than doubled his point totals from his rookie campaign. The Edmonton, AB native put up 55 points in 64 games including 14 goals with 11 of those on the power play. Quenneville was counted on by the coaching staff to lead the first power play unit, utilizing his booming slap shot to his advantage.

Quenneville was ranked in the NHL’s Central Scouting final list at number 144.

The Tigers would like to congratulate David on being drafted and has created a memorable Tigers career so far. 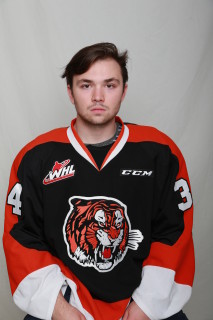