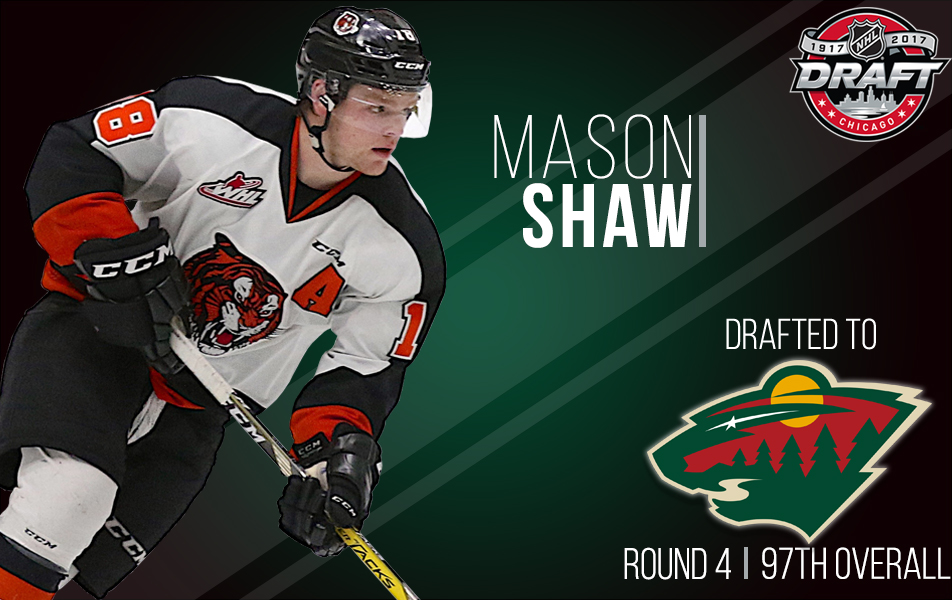 Medicine Hat, AB — The Medicine Hat Tigers have a new draft pick in forward Mason Shaw who was selected in the 4th round of the NHL Draft on Saturday by the Minnesota Wild. For Shaw, he was selected 97th overall.

Shaw concluded his 3rd season in the WHL and recorded a break out year.  The Wainwright, AB native put up 94 points in 71 games including 67 assists. At one point during the 16-17 season Shaw was leading all Canadian Hockey League skaters in assists. Mason has played in 162 games as a Tiger and currently has 165 points in his career. Shaw ranked 7th in the WHL in scoring in 2016-17 and was a big contributor anchoring a lethal offensive attack last season.

Shaw was ranked in the NHL’s Central Scouting final list at number 55.

The Tigers would like to congratulate Mason on being drafted and has created a memorable Tigers career so far. 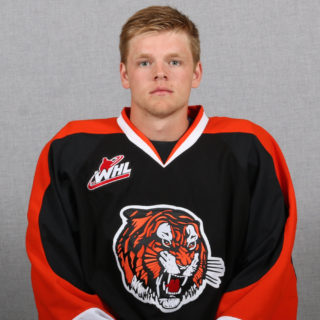