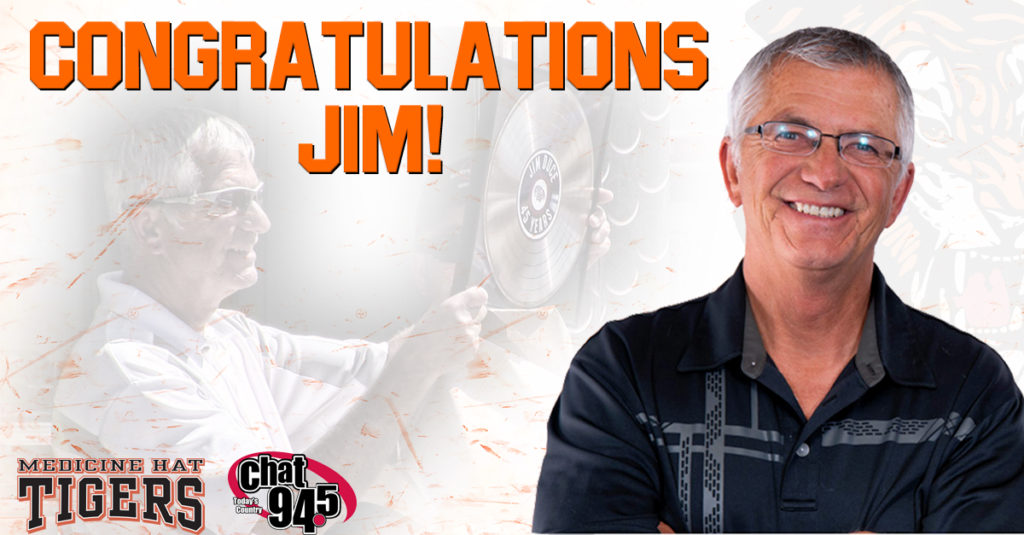 In 1973, The Medicine Hat Tigers won their first WHL Championship, The Montreal Canadiens hoisted their 18th Stanley Cup, the Ottawa Roughriders were crowned champions of the Canadian Football League and Jim Duce began his broadcasting career in Medicine Hat at what was then known as 1270 CHAT.

One year later Jim would become one half of the morning show as it signed on for the very first time. Duce would wake up with Medicine Hat for the next 46 years, an incredible stretch that saw numerous changes to the community of Medicine Hat, as well as to the radio broadcasting industry, including the switch from the AM band to FM as CHAT 94.5 was born.

Since the beginning of his tenure, Jim has always said the connections he’s made within the community and the people he’s worked with within the many charitable groups have been the highlights of his broadcasting career.

Duce always had a love for hockey, but especially for his hometown team. In 1998, he would become the in-house announcer for the Medicine Hat Tigers of the Western Hockey League – a voice that is so familiar to Tigers fans it’s hard to imagine a time Jim wasn’t behind the mic.

His first ever in-house announcement would be 3 minutes and 30 seconds into the first period of the home opener vs the Lethbridge Hurricanes on September 26th, 1998. “Medicine Hat Tigers Goal scored by number 14 Aaron Miller, Assists to #17 Brad Voth and #7 Paul Elliot.”

The Medicine Hat Tigers would like to congratulate Jim on his long and successful career in the broadcasting industry. To have worked at one place for 47 years, doing such a great job of entertaining and informing the people of Medicine Hat is a real testament to the excellent job Jim has done all those years behind the mic. Jim’s last day behind the mic will Friday, June 26th.

While Jim is retiring from the Morning Show and his radio duties, his iconic voice will still be heard at Tigers games. This coming season will be Jim’s 22nd season announcing all the action for the Orange & Black. The Tigers organization and all of our fans look forward to Jim’s familiar voice at Tiger Hockey Games.