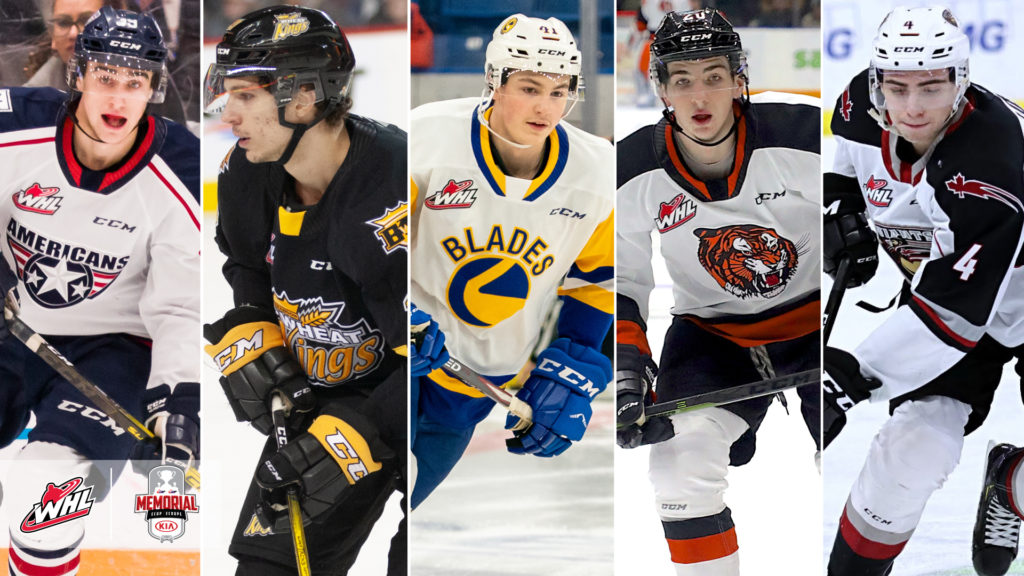 Day 1 of the CHL Memorial eCup presented by Kia is in the books, and five WHL players have advanced to Round 2 of the inaugural CHL eSports tournament.

Booker Daniel of the Tri-City Americans, Luka Burzan of the Brandon Wheat Kings, Rhett Rhinehart of the Saskatoon Blades, Lukas Svejkovsky of the Medicine Hat Tigers, and Trevor Longo of the Vancouver Giants all punched tickets to the next stage of the event with key victories.

Justin O’Donnell and the Sarnia Sting knocked Mikey Milne and the Winnipeg ICE out of Memorial eCup contention as they secured victory on the strength of a four-goal third period en route to a 6-4 triumph.

The two teams found themselves knotted up 2-2 after 40 minutes of play. A 3-3 affair with 14 minutes to go in regulation quickly got away from Milne and the ICE as O’Donnell ran away with it in the late stages of the third period.

After a hard fought battle, @StingHockey earn the victory and will be moving on.

Booker Daniel and the Tri-City Americans are officially on the CHL Memorial eCup radar after an impressive 2-1 shootout victory on Saturday afternoon.

Daniel, hailing from Vanderhoof, B.C., brought a stingy defense during regulation and showed off his offensive skill in the shootout to advance the Ams past Ben McFarlane and the OHL’s Guelph Storm.

That was wild ?@BookerDaniel71 picks up a shootout victory in round one of the Memorial eCup presented by @KiaCanada.#KiaCHLeCup pic.twitter.com/FvChL045a0

Bode Hagan and the Swift Current Broncos battled right down to the wire, but a late tally from the Soo Greyhounds slammed the door on Hagan’s Memorial eCup hopes on Saturday afternoon.

Kerins used Tye Kartye to break in alone late in regulation, securing the deciding marker to advance the Soo to Round 2.

Danny Katic secured an e-Gordie Howe hat trick for the Saginaw Spirit, ending the Memorial eCup hopes for Matt Leduc and the Spokane Chiefs on Day 1 of the inaugural tourney.

The Brandon Wheat Kings became the second WHL Club to advance to Round 2 of the CHL Memorial eCup after Luka Burzan doubled up Jacob Santerre of the Cape Breton Eagles.

Burzan leaned on Cole Reinhardt, who found the back of the net twice in the first-round contest.

4-2 win for the BWK over the Cape Breton Eagles!!!

Rhett Rhinehart and the Saskatoon Blades built a 2-1 lead through 40 minutes of play, hanging on for a 3-2 win over the Blainville-Boisbriand Armada on Day 1 of the CHL Memorial eCup.

Forward Alex Morozoff opened the scoring for the Blades, registering the lone goal of the first period.

Been a while since we can say we’re in the win column.@Rhinehart16 wins a nail-biter 3-2 to move onto the 2nd round of the #KiaCHLeCup ?

In the first blowout of the day, celebrity guest Zach Hodder showed why he has long retired from playing video games, as he suffered a humiliating defeat at the hands of Lukas Svejkovsky and the Medicine Hat Tigers.

Svejkovsky, celebrating his 19th birthday this week, put the boots to Hodder – a former Tiger – by building a 7-0 lead and completely dominating the gameplay from start to finish.

Hodder, utilizing the Vancouver Giants – one of his many former WHL Clubs – was able to break Svejkovsky’s shutout in the dying minutes of the game, escaping complete embarrassment. But it wasn’t enough to advance as Svejkovsky powered the Tigers to Round 2.

Make the final 7-1!@lukassve10 puts on a clinic over @ZachHodder and guides the Tigers to the 2nd round of the @CHLHockey Memorial eCup! #KiaCHLeCup

The Red Deer Rebels and Chris Douglas suffered a heartbreaking loss at the hands of Allan McShane and the Oshawa Generals, falling 5-4 in overtime. McShane propelled his Club to victory by skating Phil Tomasino in on a shorthanded breakaway, scoring the deciding goal in dramatic fashion.

For the record, @allan_mcshane removed his headset before the official review.

Trevor Longo and the Vancouver Giants locked things down defensively, eliminating the London Knights from contention by scoring the only shutout on Day 1 of the CHL Memorial eCup.

Alex Kannon-Leipert opened the scoring for the G-Men, and his tally went on to stand as the game-winning goal.

Longo impressed as he controlled the puck from start to finish, pushing his name to the forefront as a favourite moving into Round 2 of the CHL Memorial eCup.

Longo grabs a W in the first game of the #KiaCHLeCup! pic.twitter.com/AXLfQmR6zn

Day 2 of the CHL Memorial eCup presented by Kia is scheduled for November 30, with Carson Denomie and the Regina Pats, Kishaun Gervais and the Portland Winterhawks, and Ty Yoder and Victoria Royals all in action.

Catch all the WHL action over on Twitch and hit follow for notification when we’re going live.