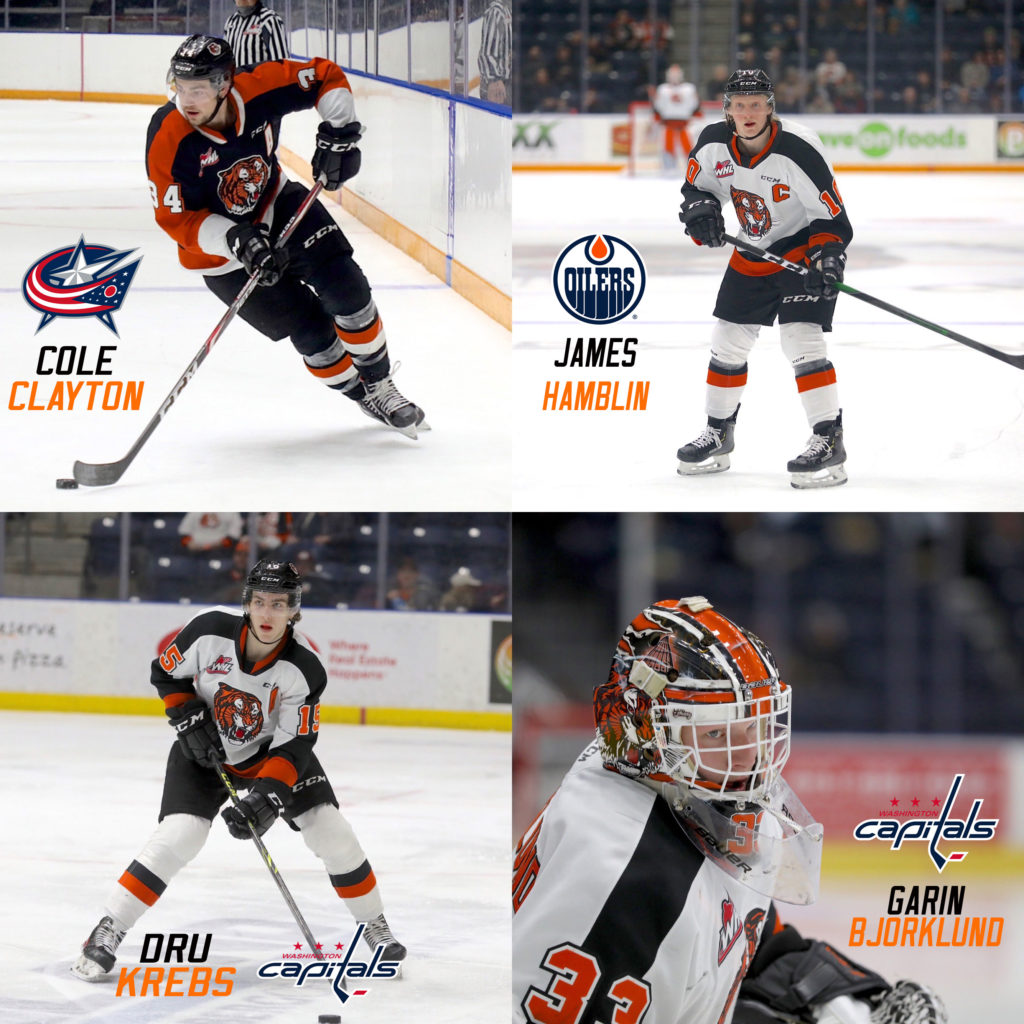 Cole Clayton will be attending Columbus Blue Jackets Development Camp that will run July 11 through to July 13 at the OhioHealth Chiller North Facility in Lewis Center, Ohio. The 22-year-old Clayton, who spent four years in the black and orange, spent last season with Columbus’ American Hockey League affiliate in Cleveland where he tallied two goals and 16 points in 55 games with the Monsters, who he signed a one-year AHL deal with last season. His best season with the Tigers came in the COVID-19 shortened season in 2020-2021 where he posted 30 points in 23 games.

Hamblin, 23, will be heading to Edmonton Oilers Development Camp which is being held at Rogers Place from July 11 to July 13. Hamblin had a productive second season with the Bakersfield Condors, scoring 21 goals in 64 games. Prior to signing with the Oilers, the former Tigers captain scored 20 goals or more in four of his five seasons in Medicine Hat with his best coming in his overage year were he scored 36 goals in the 2019-2020 season.

Two current members of the Tigers in Garin Bjorklund and Dru Krebs will both be attending Washington Capitals Development Camp taking place July 11 through July 15 at the MedStar Capitals Iceplex. Bjorklund was drafted by the Capitals in the sixth round of the 2020 NHL Draft. The 20-year-old netminder has tended the twine during the last four seasons with Medicine Hat, where he has complied a 40-49-4 record. Krebs, 19, was also selected in the sixth round of the NHL Draft by Washington, just a year later. During three seasons in Medicine Hat, Krebs has posted 43 points in 144 games while playing in a shutdown role.

The Tigers will host a pair of pre-season games on Sept. 10 and Sept. 17 against the Lethbridge Hurricanes and Swift Current Broncos. Both of those games will be 7:00pm puck drops.