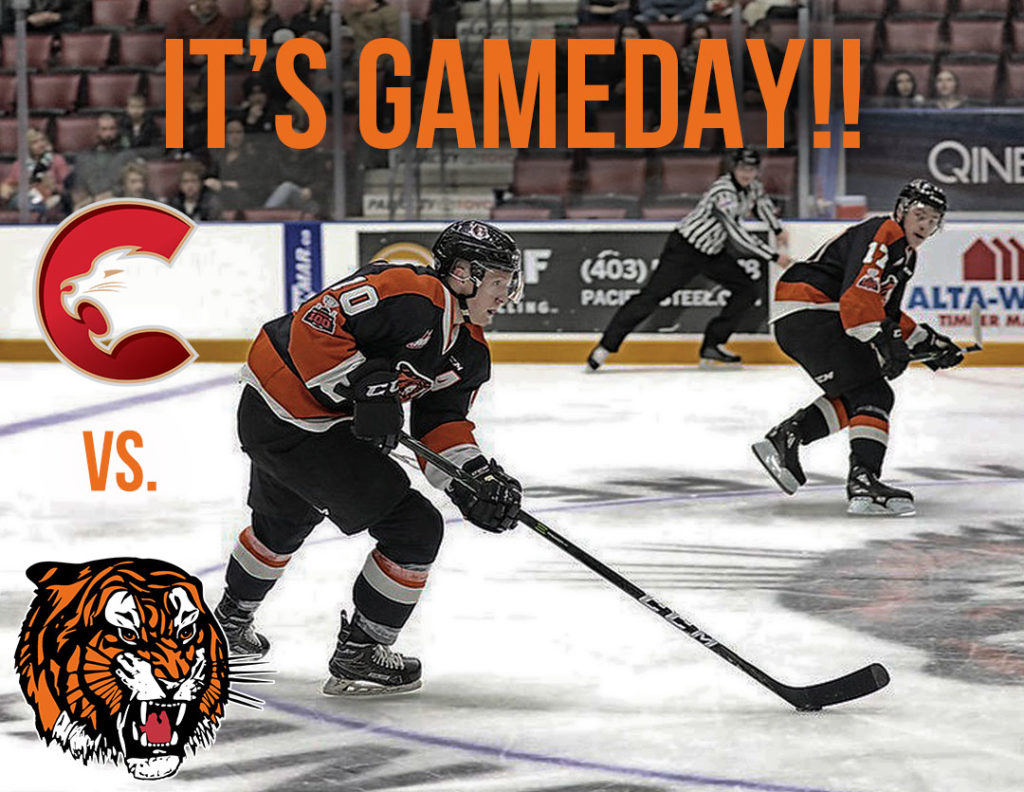 The Medicine Hat Tigers are returning home to host a pair of games after a three-game Western road trip. On the road trip, the Tigers defeated the Spokane Chiefs 3-2 in a shootout and the Tri-City Americans 2-0 before falling 5-0 to Central Division Rivals, the Kootenay ICE.

The Orange and Black boast a 3-5-0-1 record to start the season.

This will be the first and only meeting between the Tigers and the Cougars this season. Over the past five years, the Tigers are 4-2-0-0 against the Cougars. The last time these two clubs faced off, Medicine Hat came out on top in a 7-3 final November 22, 2017.

For the first time this season, the Prince George Cougars will play a team outside of the BC division when they come to Medicine Hat to face the Tigers. The Cougars are 2-4-0-1 and fell this past weekend to the Vancouver Giants who they hosted Friday and Saturday night at the CN Centre. Veteran defencemen Joel Lakusta and Ryan Schoettler along with forward Ethan Browne are all leading the Cougars with 5 points (2G, 3A) each.

Elijah Brown is a speedy, skilled centreman in his second season with the Orange and Black. The 18-year-old Edmonton product has a nose for the puck and brings a big presence.  Brown is a very creative player who has the ability to create scoring opportunities for himself as well as his teammates. He is a thorn in the opposition’s side and he possesses a very high hockey IQ.

James Hamblin is the Captain of the 49th Edition of the Medicine Hat Tigers. The 19-year-old Edmonton native is a skilled, two way forward in his fourth season with the Orange and Black. “James brings a great deal of energy and passion to the rink every day. He is consistently our hardest worker and always leads by example. We are very fortunate to have him as our captain this season,” said Assistant Coach Joe Frazer.

Gas City Dragonboat is the home club of the “Prairie Fire”, a mixed dragonboat team which practices only 15 minutes outside the City. Dragonboat racing offers a fun teamwork environment and a great workout with like-minded people. 2019 will mark the Gas City Dragonboat’s 13th season and they are open for new recruits. Make sure to stop by the Hut 8 Community Corner to find out more!