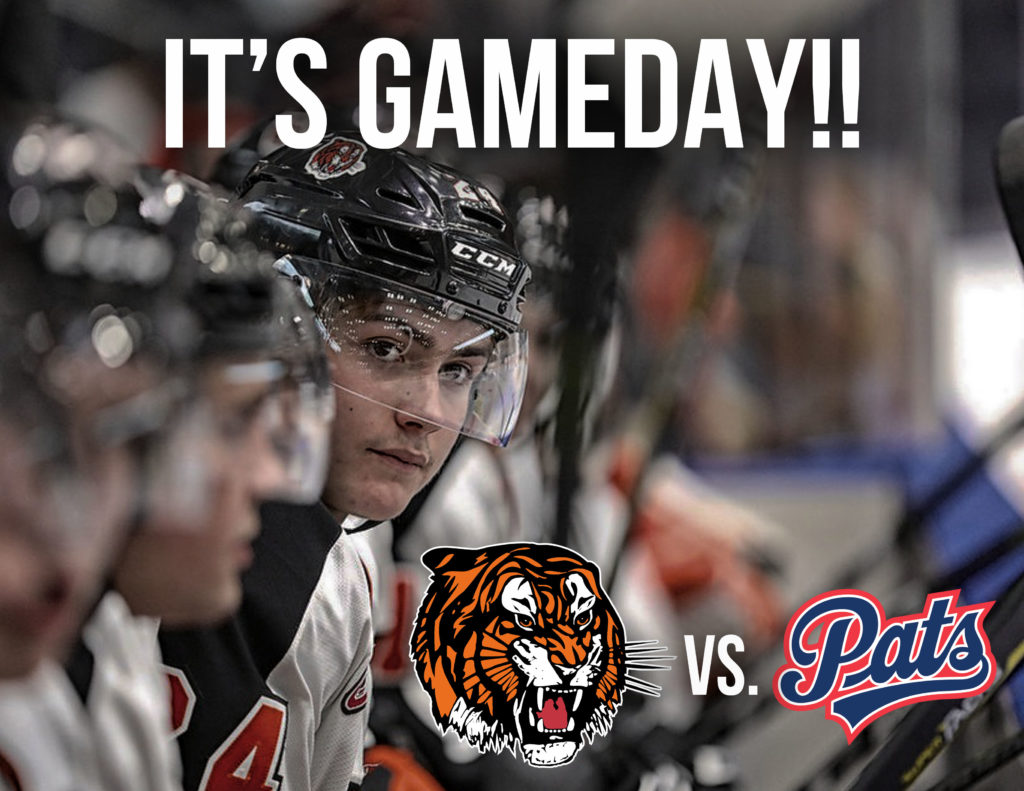 The Medicine Hat Tigers defeated the Red Deer Rebels 4-1 at home Wednesday night. Rookie goaltender Mads Sogaard turned aside 30 of the 31 shots faced, while Captain James Hamblin led the way with one goal and two assists. Wednesday night’s contest was the 5th multi-point game for our Captain this season. The Tigers are 4-1-0-0 in their last five games.

Tonight’s contest will be the first of four meetings between these two clubs this season. The last team the Tigers defeated the Pats was October 6th, 2017, at the Canalta Centre with a score of 4-2. The Tabbies are 3-8-0-1 against the Pats in the last 5 seasons.

The Regina Pats lost their last game 5-1 against the Everett Silvertips. Regina is led by Colorado Avalanche’s 2017 draft pick Nick Henry and Vegas Golden Knight’s 2017 draft pick Jake Leschyshyn. Henry has who has 3 goals and 12 assists in 12 games and Leschyshyn has 5 goals and 6 assists in 11 games. The Pats are 2-3-0-0 in their last five games.

Ryan Jevne has recorded a multi-point game in the Tigers’ last four games while picking up an assist in Lethbridge to accumulate 9 points in 5 games. The 20-year-old Edmonton product has an explosive first step and a powerful shot that makes opposing goaltenders’ cringe. Jevne consistently works hard every game and his hard work has been paying off for him. Look for Jevne to drive to the net and create scoring opportunities in tonight’s tilt.

Captain James Hamblin is leading all Tigers with 15 points (7G, 8A) in 14 games played this season. Hamblin is currently on a 4 game point streak where he has scored 3 goals and picked up 4 assists. The 19-year-old Edmonton native is a two-way forward who leads his team with heart, hustle and hard work. His many leadership qualities contributed to why the team voted him to Captain the Tigers in their 49th season.