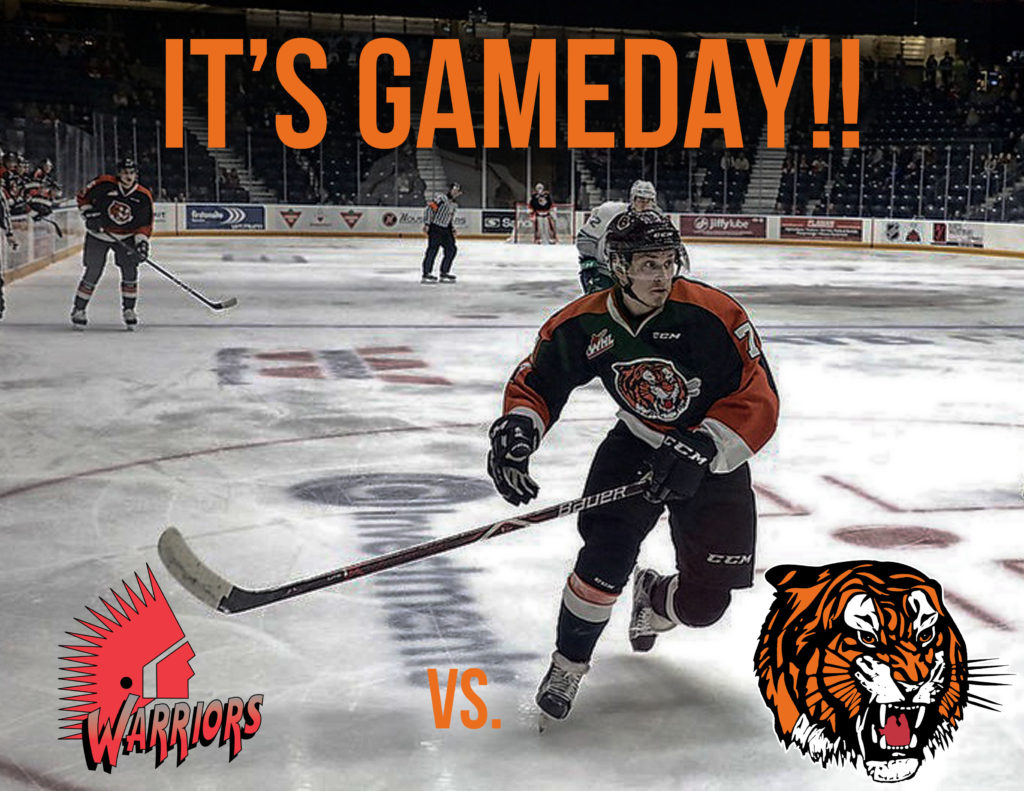 The Medicine Hat Tigers defeated the Regina Pats 8-5 Friday night at the Brandt Centre. The Tigers scored on four of their six power play opportunities and they are now 8-6-0-1 this season. The Orange and Black have been defending their home ice well winning the last four home games in a row.

This will be the first of four meetings between these two clubs this season. The last time the Tigers and the Warriors faced off was January 27, 2018, with the Tigers coming out on top in a 5-3 victory at the Canalta Centre. Over the last five years, the Orange and Black are 5-6-1-0 against the Warriors.

The Moose Jaw Warriors fell 2-1 to the Everett Silvertips in overtime Friday night. The Warriors are 5-4-3-0 to start the season. Veteran Tristin Langan and Pittsburgh Penguins prospect Justin Almeida lead the Warriors with 20 points each. Langan has 10 goals and 10 assists while Almeida has 3 goals and 17 assists in 12 games.

Ryan Chyzowski was a force to be reckoned with in last night’s tilt against the Regina Pats. Chyzowski scored two goals and picked up an assist earning the first star of the night. The 18-year-old Kamloops native has 5 goals and 9 assists in 14 games played so far this season. Chyzowski is a hardworking, skill forward with an offensive upside that isn’t afraid to mix it up. Look for Chyzowski to make an impact in tonight’s contest.

Captain James Hamblin has been on a tear lately, picking up 10 points (5G, 5A) in the last 5 games. He is leading the Tigers with 18 points (9G, 9A) in 15 games. The 19-year-old Edmonton product leads by example with his tireless work ethic. Hamblin is a two-way forward who plays with a lot of heart and hustle.

Medicine Hat Nissan, located at 1750 Gershaw Drive in Medicine Hat, AB, is your premier retailer of new and used Nissan vehicles. Our dedicated sales staff and top-trained technicians are here to make your auto shopping experience fun, easy and financially advantageous. Please utilize our various online resources and allow our excellent network of people to put you in your ideal car, truck or SUV today!

Canadian Cancer Society is proud to bring our annual Pink in Rink night. Another Canadian is diagnosed with cancer every 3 minutes and by supporting Pink in the Rink, you are helping to change this! October is Breast Health Awareness month and breast cancer is the most common cancer among Canadian Women. Make sure to stop by the Hut 8 Community Corner to show your support of the Canadian Cancer Society!