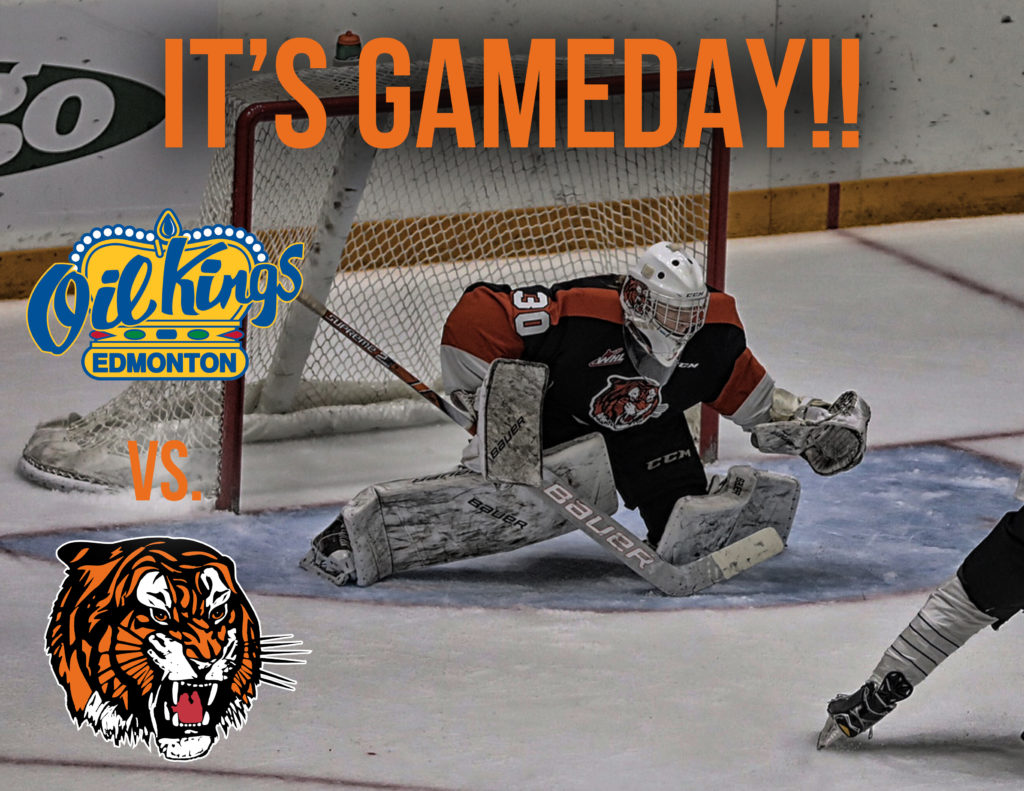 The Medicine Hat Tigers are 9-8-0-2 and fell 3-1 to the Saskatoon Blades last night. Tonight’s tilt will be the last of a three-game homestand and the Tabbies will depart on a 4 games in 5 days Eastern Conference road trip starting Tuesday in Saskatoon. The Tigers are led by veteran forwards James Hamblin with 23 points (9G, 14A) and Tyler Preziuso with 18 points (9G, 9A).

The Edmonton Oil Kings defeated the Kootenay ICE 5-2 last night and they are sitting atop the Central Division with an 11-7-1-1 record. The Oil Kings are led by Columbus Blue Jacket prospect Trey Fix-Wolansky with 40 points (12G, 28A) so far this season and veteran forward Quinn Benjafeld with 23 points (8G, 15A).

Elijah Brown is a gritty, fearless forward with an offensive upside. The 18-year-old Edmonton native uses his speed to create opportunity all over the ice and he isn’t afraid to mix it up. Brown’s work ethic and creativity make him a fun player for fans to watch. Look for Brown to drive to the net and create scoring lanes in tonight’s tilt.

James Hamblin is leading the Tigers this season as the team’s top point producer with 9 goals and 14 assists so far. The 19-year-old Edmonton product is a two-way forward with a tireless work ethic that leads his team by example. “Work ethic is something I’ve always prided myself on. I was never the most skilled guy so I would get by on hard work,” said Hamblin.

Medicine Hat Women’s Shelter Society supports individuals who have experienced Family Violence by providing safe shelter, education, advocacy and access to community resources. We are committed to social change by providing programs and services that promote treating all people with respect and dignity. The Medicine Hat Tigers are “going purple” with purple on their sticks tonight as part of Family Violence Prevention Month this November.