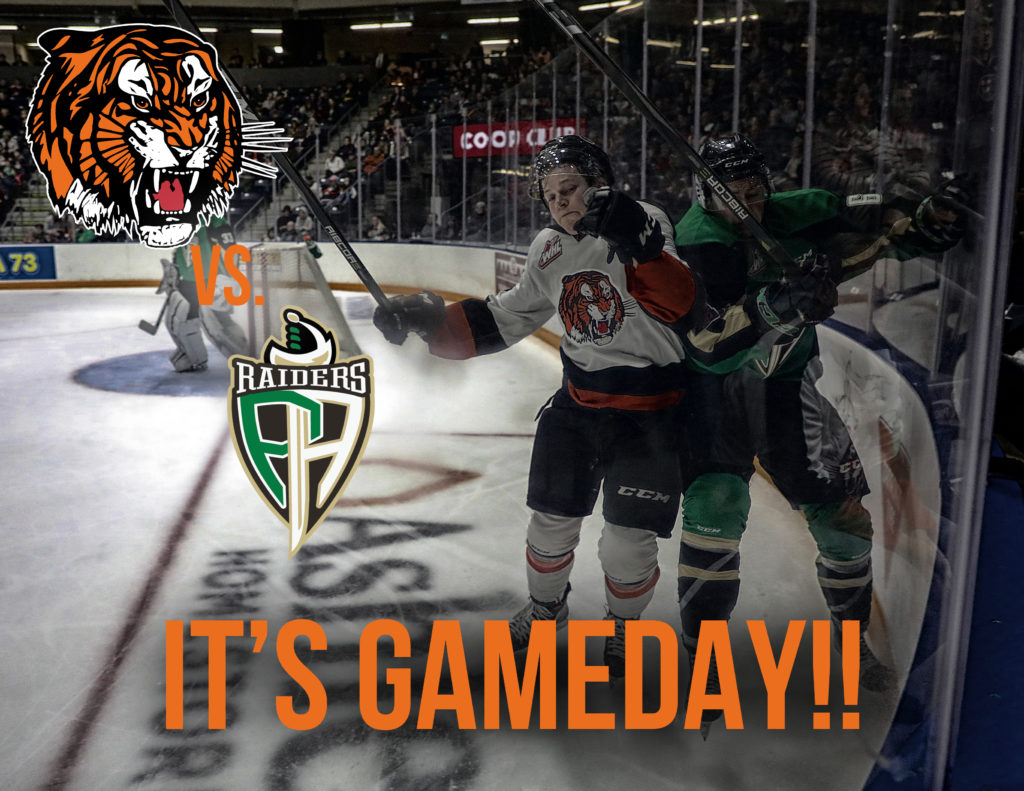 The Medicine Hat Tigers have embarked on a 4 games in 5 days road trip which kicked off last night in Saskatoon with a 4 -2 loss. Tonight the Tigers pay a visit to the Art Hauser Centre to battle the Raiders before journeying on to Brandon on Friday and Swift Current on Saturday. The Tigers are led by Captain James Hamblin with 23 points (9G, 15A) and Alternate Captain Ryan Jevne with 19 points (6G, 13A).

For the third time this season, the Tigers will battle the Raiders. The Raiders have won both previous contests and the last time the Tigers beat the Raiders was Dec 6, 2017, in a 5-4 SO. Medicine Hat is 9-4-3-0 against Prince Albert over the past 5 years. After the Tabbies finish their current road trip, they will return home to host the Raiders on Friday, November 23rd.

The Prince Albert Raiders are the top team in the league posting a 17-1-0-0 record. They won their last game 6-2 against the Swift Current Broncos on Friday night. The Raiders are led by veteran forwards Brett Leason with 40 points (17G, 23A) and Sean Montgomery with 23 points (9G, 14A).

Ryan Chyzowski is a skilled forward with a nose for the puck who isn’t afraid to mix it up. The 18-year-old Kamloops native had his second two goal night of the season against the Blades Tuesday and he has scored 4 of his 7 goals this season on the power play. Chyzowski along with linemates Tyler Preziuso and Ryan Jevne have been a force to be reckoned with this season and will look to make an impact in tonight’s contest.

Captain James Hamblin is a shifty forward with deceptive speed who leads the Tigers in points this season (9G, 14A). Hamblin has a great hockey sense and a tireless work ethic. He often leads the team by example by stepping up and consistently getting the job done. Hamblin is not afraid to battle for the puck, set his teammates up or find the back of the net himself. Look for the 19-year-old Edmonton native to drive to the net and create scoring opportunities tonight for the Tabbies.