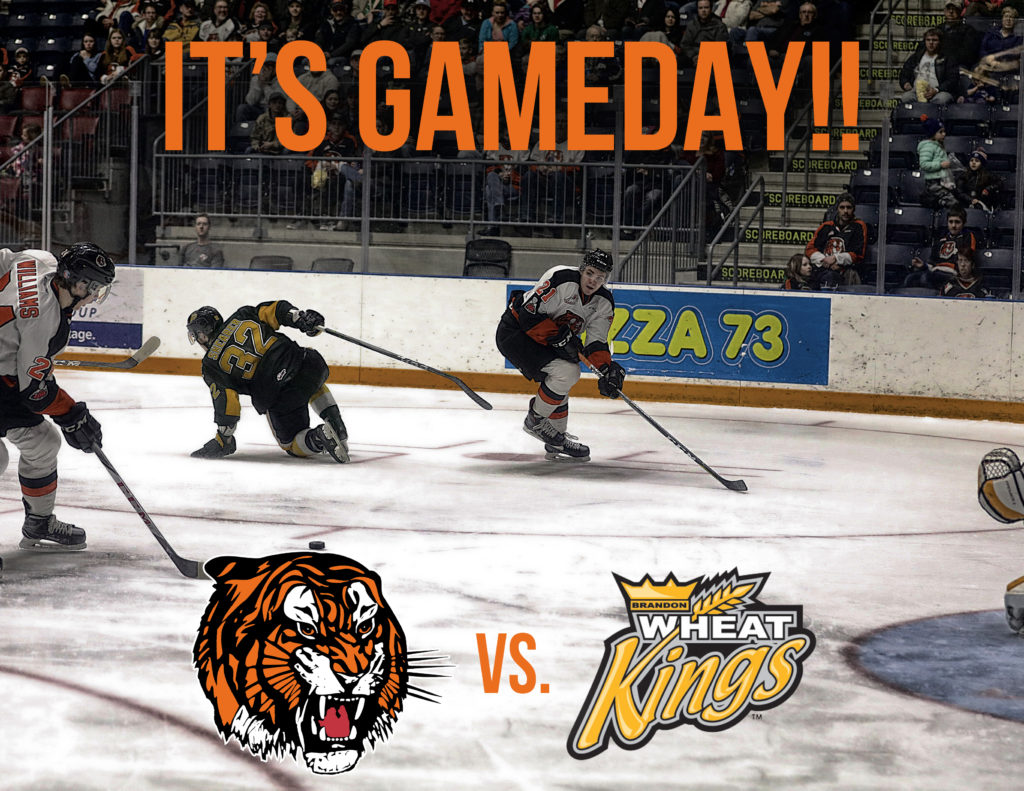 The Medicine Hat Tigers will play the third game of their four-game road trip tonight in Brandon. The Tigers fell 4-2 on Tuesday to the Saskatoon Blades and 2-0 Wednesday to the Prince Albert Raiders to open the road trip. The Orange and Black are currently 9-10-1-2 and they are led by Captain James Hamblin with 24 points (9G, 15A) and Alternate Captain Ryan Jevne with 19 points (6G, 13A).

Tonight will be the first meeting of these two clubs since the 2018 WHL Playoffs when the Wheat Kings defeated the Tigers in the first round. During the 2017-18 season, all four times the Tigers and the Wheat Kings faced off the game went into overtime. The Tabbies’ lone overtime win was 4-3 on Jan 13, 2018, when Ryan Jevne scored the game winner.

The Brandon Wheat Kings are 9-4-3-3 and lost their last game Sunday to the Tri-City Americans in a 3-2 SO. The Wheat Kings are led by Carolina Hurricanes draft pick Stelio Mattheos with 32 points (18G, 14A) and veteran forward Luka Burzan with 21 points (13G, 8A). Brandon is 5-1-1-2 at home this season and will look to defend home ice tonight.

Eric Van Impe is an offensive defenceman in his first season with the Orange and Black. The 6’1 Calgary, AB native has good hockey sense and is not afraid to mix it up. Van Impe has a lethal shot from the point and the 17-year-old is currently leading all Tigers rookies with 3 points (2G, 1A).

Captain James Hamblin is a shifty forward with deceptive speed who leads the Tigers in points this season (9G, 14A). Hamblin has a great hockey sense and a tireless work ethic. He often leads the team by example by stepping up and consistently getting the job done. Hamblin is not afraid to battle for the puck, set his teammates up or find the back of the net himself. Look for the 19-year-old Edmonton native to drive to the net and create scoring opportunities tonight for the Tabbies.