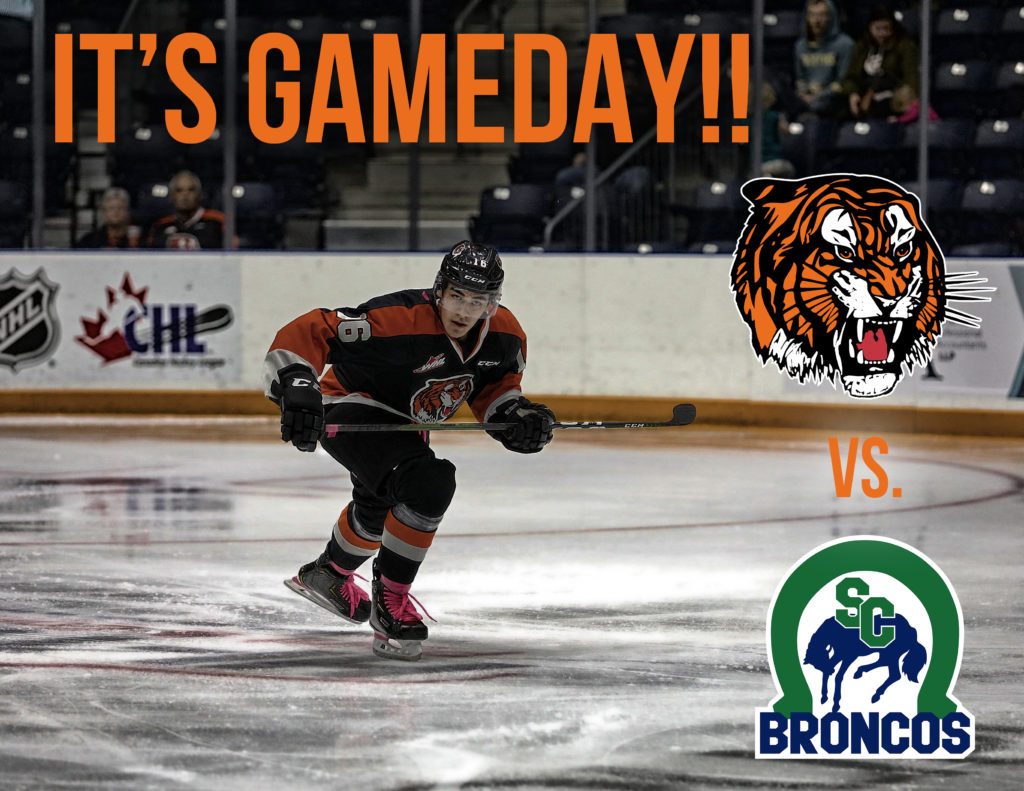 In the final game of their 4 game road trip, the Medicine Hat Tigers stop in Swift Current to face the Broncos. The Tigers have a 0-3-0-0 record on this road trip after falling to the Brandon Wheat Kings 4-1last night. The Orange and Black are 9-11-1-2 this season and they are led by veteran forwards James Hamblin with 25 points (9G, 16A) and Ryan Jevne with 19 points (6G, 13A).

Tonight will be the first meeting between the Tigers and the Broncos this season. The last time these two clubs met was Feb 17, 2018, when Ryan Jevne scored the overtime game-winning goal to seal a 4-3 victory for the Tigers. Over the past five years, Medicine Hat is 5-7-0-0 against Swift Current.

The Swift Current Broncos have had a slow start to their 2018-19 campaign. The reigning WHL Champions are 3-17-1-1 so far this season and they were defeated 3-0 by the Tri-City Americans in their most recent game on Wednesday night. The Broncos are led by veteran forwards Alec Zawatsky with 16 points (7G, 9A) and Max Patterson with 15 points (5G, 10A).

Baxter Anderson recently returned to the Tigers lineup after sustaining an upper-body injury and has been making his presence known. Anderson is a gritty, fearless forward in his second season with the Orange and Black. The 18-year-old Fort Langley, BC product is not afraid to mix it up and he is hoping to play a larger role on the Tigers team this season. Look for Anderson to agitate opponent’s as he helps create scoring lanes for the Tigers.

Captain James Hamblin is a shifty forward with deceptive speed who leads the Tigers in points this season (9G, 15A). Hamblin has a great hockey sense and a tireless work ethic. He often leads the team by example by stepping up and consistently getting the job done. Hamblin is not afraid to battle for the puck, set his teammates up or find the back of the net himself. Look for the 19-year-old Edmonton native to drive to the net and create scoring opportunities tonight for the Tabbies.