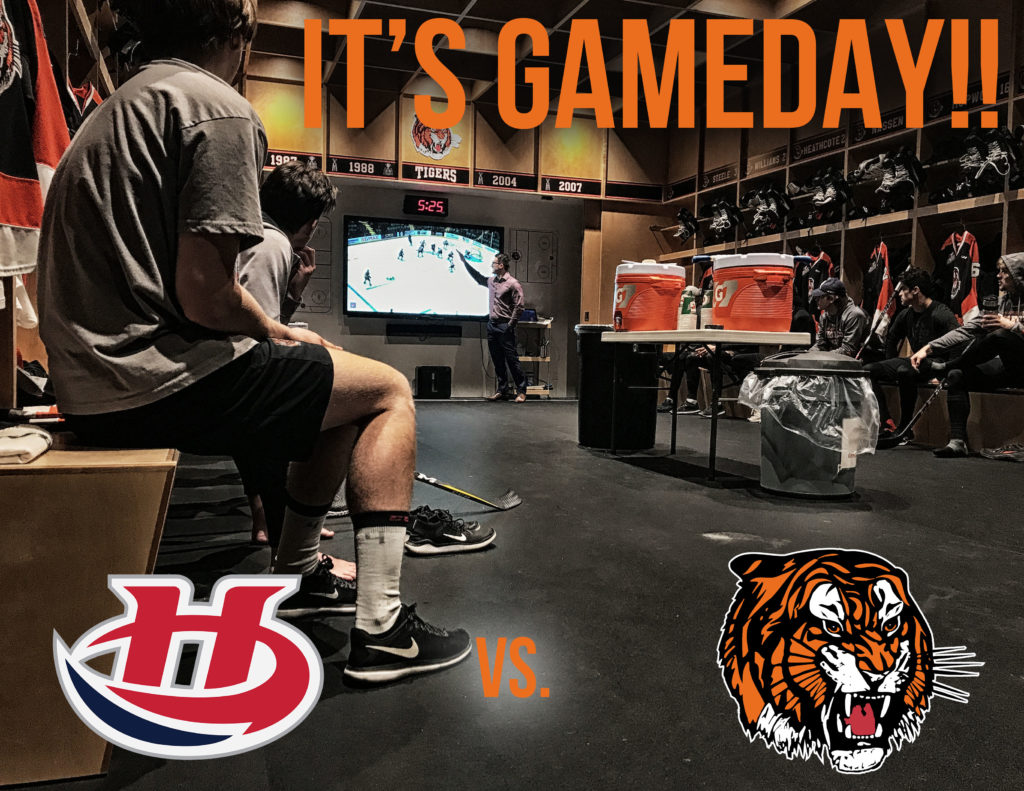 The Medicine Hat Tigers won both games in a home and home series against the Red Deer Rebels earlier this week. Last Saturday, the Tigers travelled to the ENMAX Centrium where they rallied back from an early 2-0 deficit to win 7-3. Wednesday night, the Tabbies hosted the Rebels and scored 4 unanswered goals in the final frame to win 6-2. Alternate Captain Ryan Jevne led the way Wednesday for the Orange and Black by scoring his first career WHL hat-trick and picking up an assist.

Tonight will mark the fifth meeting of this Highway 3 Rivalry. The Tigers and the Hurricanes have split all previous meetings between the home and home series. The Tabbies’ most recent victory over the ‘Canes was a 4-3 overtime win Oct 19th at home. Over the past five years, Medicine Hat is 11-13-1-0 against Lethbridge.

The Lethbridge Hurricanes are 12-8-3-2 so far this season and defeated the Swift Current Broncos 3-1 last night. The Hurricanes recently made some roster moves Thursday acquiring Jake Leschyshyn and Nick Henry from the Regina Pats in exchange for Jadon Joseph, Ty Kolle and draft picks. Dylan Cozens and Taylor Ross have been the deadliest Hurricanes against the Tigers this season with 6 points each in 4 games played.

Ryan Jevne scored his first career WHL hat-trick against the Red Deer Rebels on Wednesday night. The 20-year-old Edmonton product has played 237 games for the Orange and Black, scoring 45 goals and picking up 65 assists. Jevne is a speedy forward with a lethal shot who plays both sides of the puck well. Look for Jevne to make an impact in tonight’s tilt.

Captain James Hamblin is a shifty forward with deceptive speed who leads the Tigers in points this season (11G, 18A). Hamblin has a great hockey sense and a tireless work ethic. He often leads the team by example by stepping up and consistently getting the job done. Hamblin is not afraid to battle for the puck, set his teammates up or find the back of the net himself. Look for the 19-year-old Edmonton native to drive to the net and create scoring opportunities tonight for the Tabbies.

Medicine Hat News is a daily newspaper published in Medicine Hat, AB. On Oct 29th, 1885, the first issue of the forerunner to the Medicine Hat News, the Times, was run off a tiny hand press. The paper was a community booster, a voice for Southeastern Alberta and a publication that residents of the area still turn to over 130 years later.

The Medicine Hat & District Health Foundation advances the health of our community through innovation and enhancements to healthcare services in Southeastern Alberta. The Teddy Bears from tonight’s teddy bear toss will be delivered by players to Pediatrics, Children’s Health and Developmental Services (CHADS), Emergency Department, Diagnostic Imaging, Operating Room or Operating Suite, Lab and Mental Health.