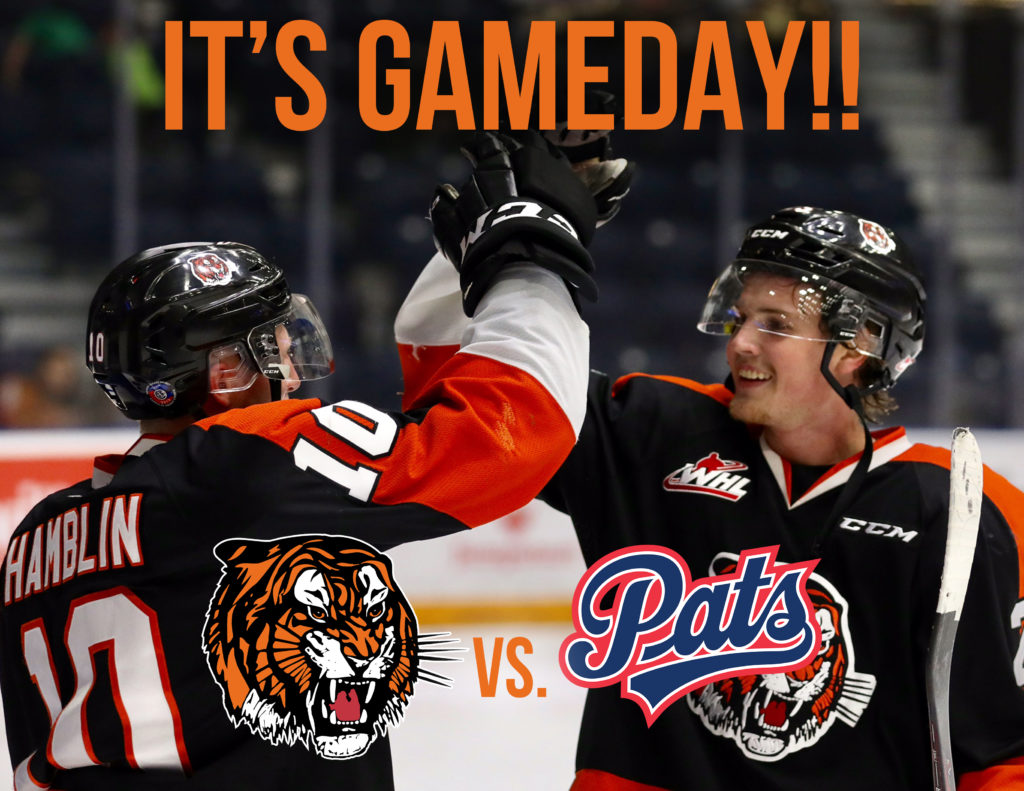 The Medicine Hat Tigers hosted the Lethbridge Hurricanes Saturday night during their Annual Teddy Bear Toss game. Despite Captain James Hamblin opening the scoring with just over 5 minutes left in the first frame to send the teddy bears flying onto the ice, the Tigers fell 3-1 to the Hurricanes. Goaltender Mads Sogaard picked up his first career WHL assists on Hamblin’s teddy bear goal.

Tonight marks the second time this season the Tigers and the Pats will face off. The Tigers ran away with an 8-5 victory over the Pats back in October. That is the most goals the Tabbies have scored in one game this season. Medicine Hat was 4 for 6 on the power play and 1 for 2 on the penalty kill against the Pats that night. Over the past five years, the Tigers are 4-8-0-1 against the Pats.

The Regina Pats lost 5-2 Saturday night to the Prince Albert Raiders. Carter Massier and recently acquired Jadon Joseph scored for the Pats in the losing contest. The Pats are led by veteran forwards Austin Pratt (10G, 14A). Regina is 8-19-0-0 so far this season.

Linus Nassen is back for his second season with the Orange and Black. The 20-year-old Norrtalje, Sweden native is a smooth skating, highly skilled defenceman. Nassen was drafted by the Florida Panthers in the 2016 NHL Draft. He has sharp puck skills and a high hockey IQ. Look for Nassen to make an impact in tonight’s contest.

Captain James Hamblin is a shifty forward with deceptive speed who leads the Tigers in points this season (12G, 18A). Hamblin has a great hockey sense and a tireless work ethic. He often leads the team by example by stepping up and consistently getting the job done. Hamblin is not afraid to battle for the puck, set his teammates up or find the back of the net himself. Look for the 19-year-old Edmonton native to drive to the net and create scoring opportunities tonight for the Tabbies.