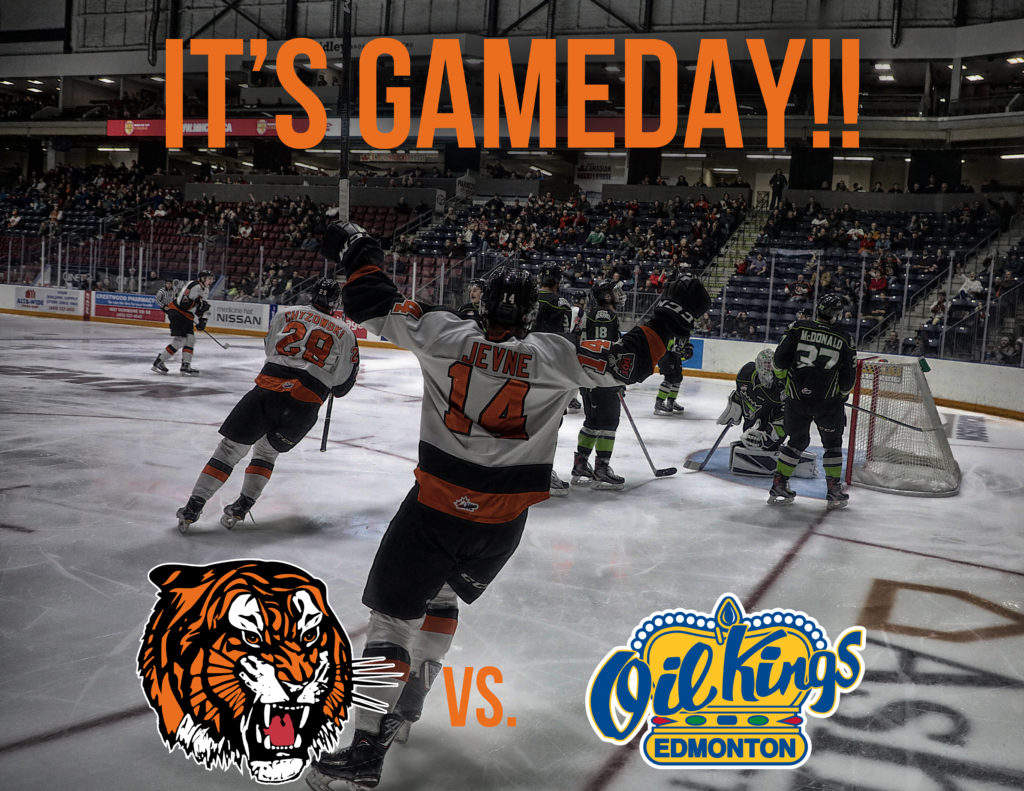 The Medicine Hat Tigers opened their 2018-19 season campaign with a home and home series against the Lethbridge Hurricanes. The Tabbies won Friday night in Lethbridge 5-2 and fell Saturday night at home 4-2.

The last time the Medicine Hat Tigers faced Central Division rivals the Edmonton Oil Kings was March 6th, 2018, and the Tigers won 6-4. In the past five years, the Orange and Black have posted a 22-3-0-0 record against the Oil Kings.

The Edmonton Oil Kings have had a strong start to their season sweeping the Red Deer Rebels during the 2018-19 WHL Opening Weekend. The Oil Kings won their home opener 4-2 on Friday night before travelling to Red Deer to beat the Rebels 4-1 on Saturday night. They currently sit 1st in the Central Division with 4 points.

Bryan Lockner is in his second season with the Orange and Black and he is looking to play an even bigger role especially since being named an alternate captain. The 18-year-old Windsor CO product has a lethal shot and a powerful stride. Last season, he led the Tigers with most shots blocked. Through his hardworking, gritty style of play, Lockner will look to make an impact at both ends of the ice.

James Hamblin is in his fourth season with the Tigers and has the honour to captain the team during their 49th season in the Western Hockey League. Hamblin was the Tabbies’ first-round draft pick in 2014 (17th overall). The 19-year-old Edmonton AB native is a hardworking, two way forward who leads by example. Last season, Hamblin reached career highs in assists (43) nearly doubling his assists production from the 2016-17 (24). This season Hamblin is the Tigers top point producer with 5 points (2G, 3A) in 2 games for an average of 2.5 points/game.