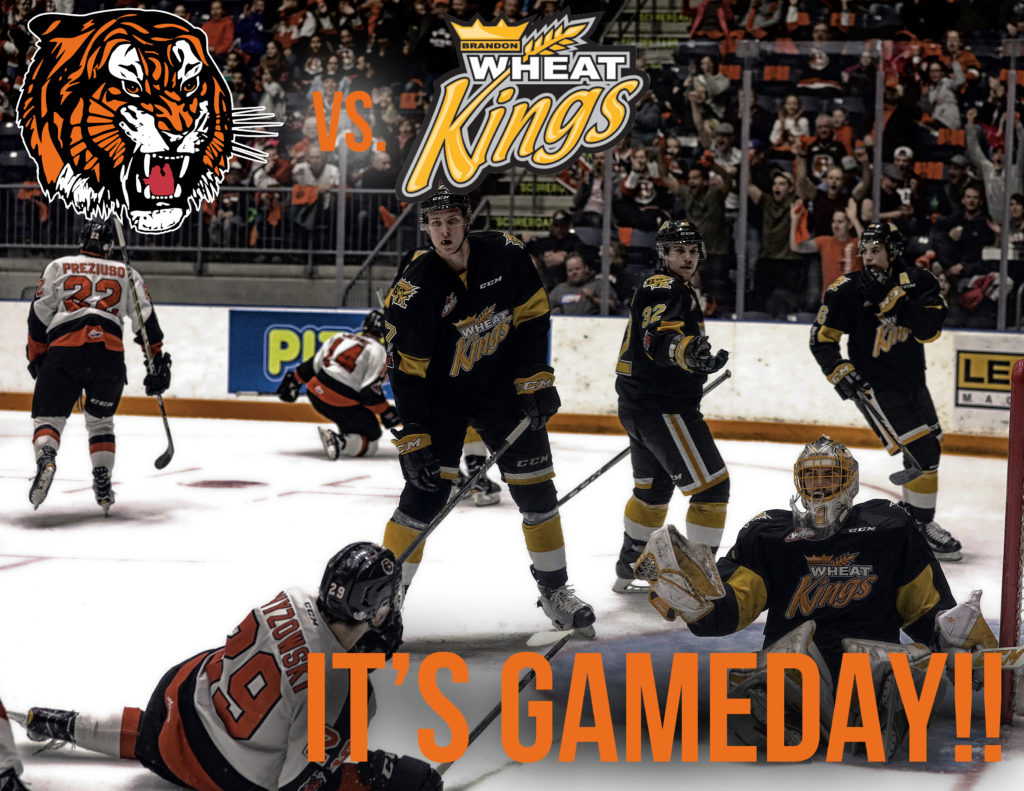 The Medicine Hat Tigers opened their three game road trip with a 3-2 comeback win Sunday over the Regina Pats. The Tigers were down 2-0 at the end of the first period and rallied back scoring three times in the third to win the game. After tonight’s game, the Tigers will travel to Moose Jaw to battle the Warriors tomorrow night before returning home to host the Pats on Saturday.

The Brandon Wheat Kings are 13-7-3-3 to start the season. They have won their last three games including 5-2 against Swift Current Saturday. The Wheat Kings are led by 2017 Carolina Hurricanes draft pick Stelio Mattheos with 41 points (22G, 19A) and veteran forward Luka Burzan with 30 points (16G, 14A).

Bryan Lockner had his second multi-point game of the season Sunday night against the Pats. Lockner scored the Tigers’ first goal of the night and assisted on the game-winning goal. The 18-year-old Windsor, CO product is a hard-working, gritty forward in his second season with the Orange and Black. Lockner has a lethal shot, a powerful stride and he isn’t afraid to mix it up or to block shots. Look for Lockner to make an impact at both ends of the ice tonight.

Captain James Hamblin scored the game winning goal on Sunday for the Tigers in their 3-2 comeback win over the Pats. It was his 3rd game winning goal of this season and this is the third season he has scored 3 GWGs. Hamblin is a shifty forward with deceptive speed who leads the Tigers in points this season (13G, 19A). He is not afraid to battle for the puck, set his teammates up or find the back of the net himself. Look for the 19-year-old Edmonton native to drive to the net and create scoring opportunities tonight for the Tabbies.