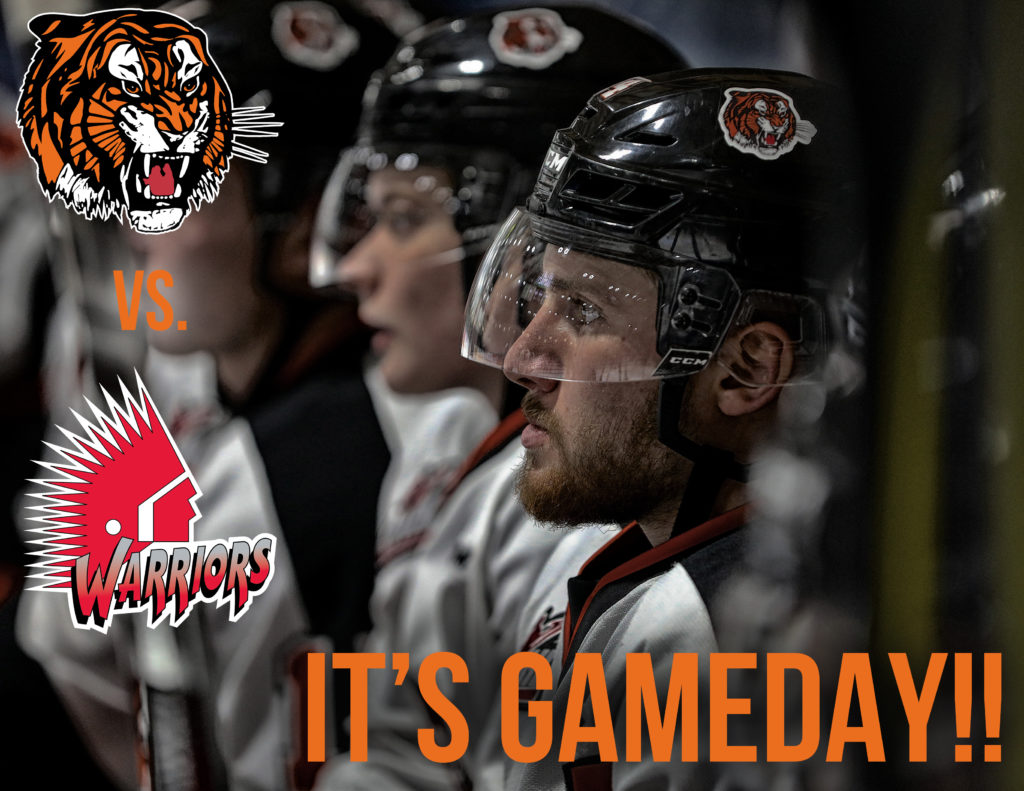 The Medicine Hat Tigers will close out a three-game road trip tonight in Moose Jaw. The Tigers opened the road trip by defeating the Regina Pats 3-2 on Sunday and they fell 4-1 to the Brandon Wheat Kings last night. After tonight’s contest, the Orange and Black will return home to host the Regina Pats Saturday night at the Canalta Centre. Medicine Hat is 13-14-1-2 so far this season.

The Moose Jaw Warriors fell 5-1 to the Calgary Hitmen in their last game on Sunday, Dec 2nd. The Warriors are 15-6-3-1 so far this season and they are led by veteran forward Tristin Langan with 44 points (18G, 26A) and 2018 Pittsburgh Penguins draft pick Justin Almeida with 31 points (6G, 25A).

Ryan Chyzowski is a skilled forward with a nose for the puck who isn’t afraid to mix it up. The 18-year-old Kamloops was the Tigers’ lone goal scorer in last night’s contest against the Wheat Kings as he powered through the Brandon defencemen to put the puck into the net. Chyzowski leads the Tigers with goals scored on the road with 9 of his 11 goals coming away from the Canalta Centre so far this season. Look for Chyzowski to be hungry in front of the net in tonight’s contest.

James Hamblin was selected by the Tigers in the first round of the 2014 bantam draft. In his career as a Tigers, the 19-year-old Edmonton native has suited up for 224 games, scored 59 goals and picked up 88 assists, of those totals 13 goals and 19 assists are from 30 games so far this season. Hamblin was voted to be the Captain of the 49th Edition of the Medicine Hat Tigers by his teammates and he leads the team with his hard work ethic, heart and hustle. Look for Hamblin to rally his teammates, set them up to score or light the lamp himself in tonight’s tilt.