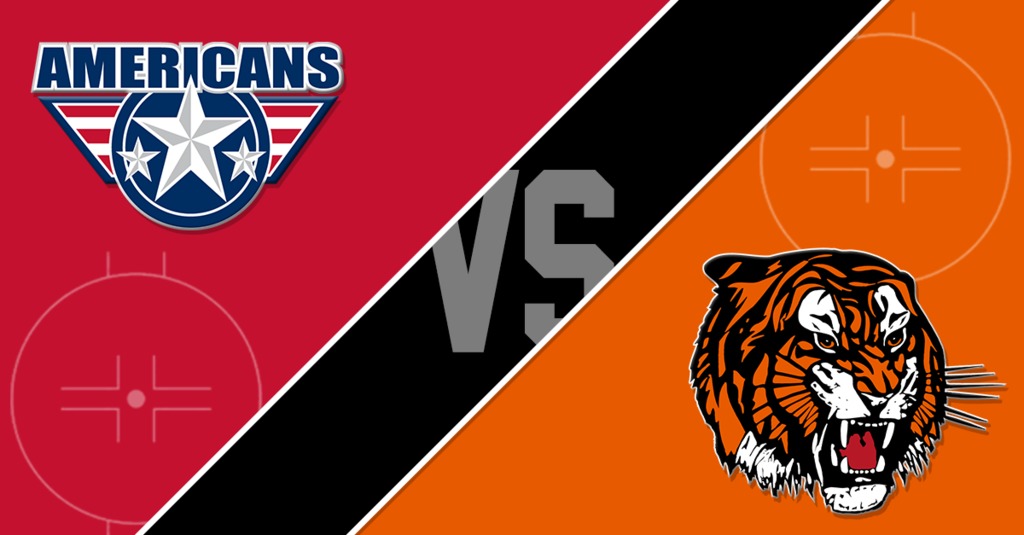 VS. TRI-CITY — After going 1-2-1-0 on their Eastern Division road trip, the Tigers will be back in action tonight as they host the Tri-City Americans. The Americans played Sunday against the Everett Silvertips and fell 4-3. Both teams will be looking for a win.

Tigers – Jordan Hollett has been putting on strong performances for the Tigers. During their recent road trip, Hollett made 129 saves on 138 shots over three games, including a career high of 49 saves against the Prince Albert Raiders. Tri-City Americans – Michael Rasmussen scored twice on the powerplay in the Americans’ last game Sunday night against the Everett Silvertips. Rasmussen has 14 goals and 11 assists for 25 points this season, including 6 points in his last 3 games.

Linus Nassen was selected in the second round by the Tigers and comes to Medicine Hat via Sweden. Nassen was drafted by the Florida Panthers in the 3rd round of the 2016 NHL entry draft. To go along with playing some big minutes for the Tigers, Nassen has 20 points in 31 games and has formed a deadly offensive combination with David Quenneville, especially on the powerplay. Kristians Rubins, the towering shut down defenceman who was selected by the Tigers in the 2016 CHL Import draft. Rubins has netted 2 goals and 9 assists this season.

The Tigers acquired 18-year-old netminder Jordan Hollett from the Regina Pats in the offseason. Hollett is a 6th round selection of the Ottawa Senators and currently is sporting a 10-6-1 record with a 3.33 GAA and a .903 SV% The Orange and Black also have veteran goaltender Michael Bullion. Bullion has a 7-6-1 record posting a .877 SV% and a 3.60 GAA.