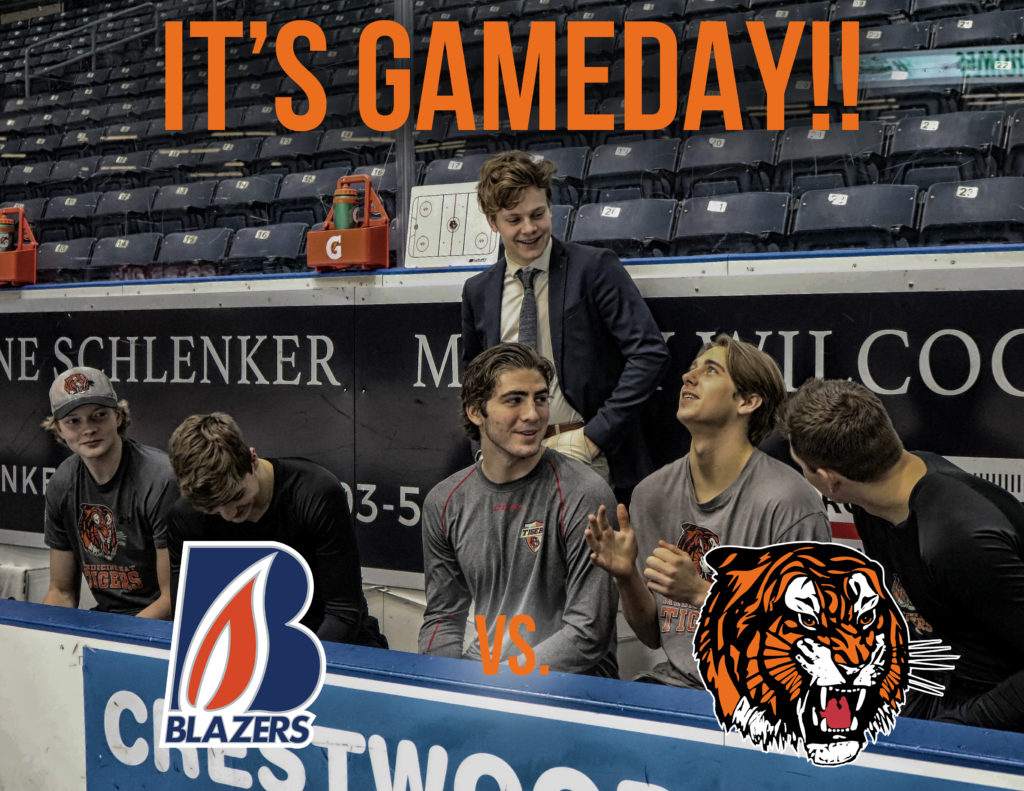 The Medicine Hat Tigers are on a two-game winning streak after defeating the Regina Pats 4-2 on Saturday and the Moose Jaw Warriors 6-5 in overtime last Wednesday. The Tigers put in a team effort with 11 players picking up a point or more in those two games. After tonight’s contest, the Tabbies will travel to Red Deer Friday to play the Rebels before returning home Saturday to host the Kelowna Rockets.

Tonight marks the first and only contest between these two clubs this season. Over the past five years, the Tigers are 3-4-0-0 against the Blazers and the last time Medicine Hat beat Kamloops was December 16, 2016, in a 5-3 contest.

The Kamloops Blazers are currently on a six-game road trip that will end Saturday night in Lethbridge. Tonight’s contest is their fourth game on the road and their road trip record so far is 0-2-1-0. Last night they fell to the Red Deer Rebels 2-1. The Blazers are led by veteran forwards Zane Franklin with 33 points (17G, 16A) and Orrin Centazzo with 27 points (9G, 18A).

Ryan Jevne has been heating up for the Tigers and picked up 6 points (4G, 2A) in the last two games. The 20-year-old Edmonton product is a speedy forward who sees both sides of the puck well. He also has a lethal shot that makes opposing goaltenders cringe. Jevne is top set up man on the power play with 10 power play assists so far this season. Look for Jevne to make an impact at both ends of the ice tonight.

James Hamblin was drafted by the Tigers in the first round of the 2014 Bantam Draft. Since then the 19-year-old Edmonton native has suited up for 226 games, scored 61 goals and notched 88 assists. This season Hamblin is currently the Tigers’ top point producer with 15 goals and 19 assists in 32 games. Hamblin leads the Tigers by example with his hard work ethic, hustle and heart. He isn’t afraid to set up his teammates or light the lamp himself.

Alberta Pound and Rescue Centre (APARC) provides animal pound services for the City of Medicine Hat. Founded in 2015, APARC works in association with the City of Medicine hat Municipal Bylaw Enforcement Section and Medicine Hat Police Services. They provide compassionate care to all “guests” that come into the facility, until they return home, or find a new one.