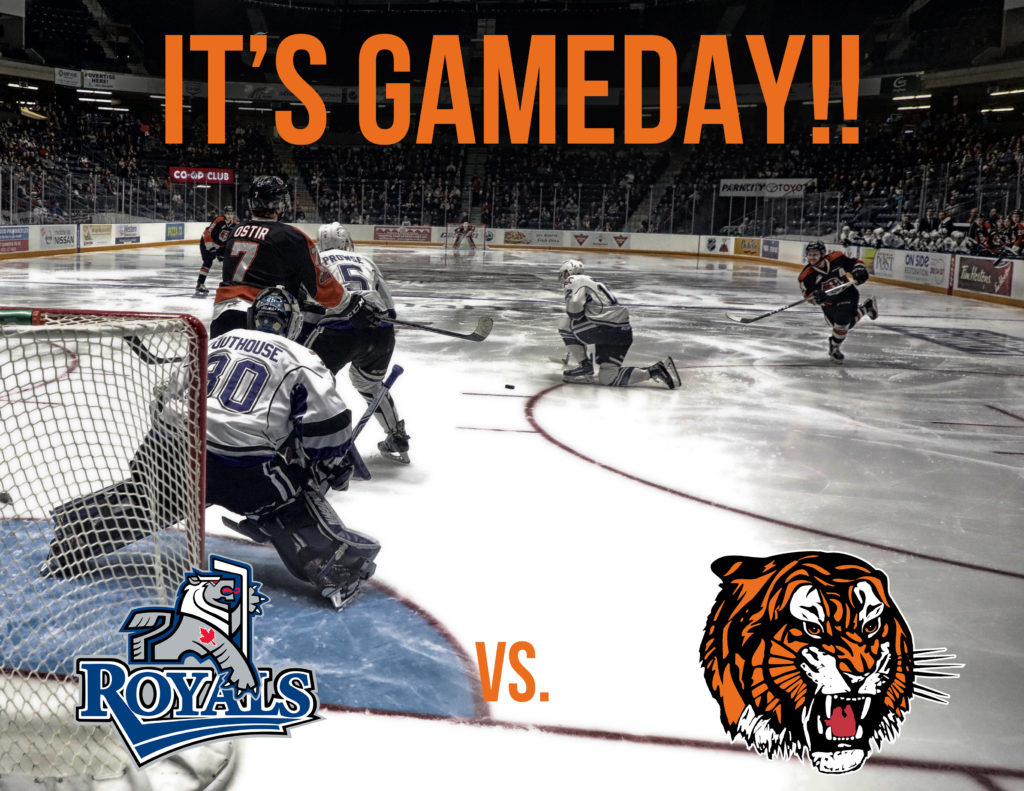 The Medicine Hat Tigers return to action after the holiday break by playing three games in three days. Last night the Tigers kicked it off with a 4-1 victory over the Kootenay ICE. Captain James Hamblin scored a pair of goals while goaltender Jordan Hollett turned aside 26 of 27 shots faced. The Tigers are 18-15-1-2 and led by Captain Hamblin with 40 points (19G, 21A) and Alternate Captain Ryan Jevne with 35 points (17G, 18A).

Tonight marks the first and only meeting this season between these two hockey clubs. Over the past five years, Medicine Hat is 2-3-1-0 against Victoria and the last time the Tigers defeated the Royals was December 1, 2017, when Linus Nässén scored 1:18 into overtime to win the game 4-3. Nässén’s game-winning goal was his first career WHL goal.

The Victoria Royals are on a six-game road trip as they return to action after the break. The Royals played the first game of their road trip last night in Lethbridge and won 6-2. Victoria is 17-13-1-0 and led by veteran forward Dante Hannoun with 33 points (17G, 16A). Hannoun scored 4 times and picked up an assist in last night’s tilt against the Hurricanes. After tonight’s contest, Victoria will pay a visit to the Western Financial Place to play the Kootenay ICE.

Elijah Brown rejoined the Tigers after being sidelined with an injury before the break. The 18-year-old Edmonton native had a jump in his step and did not miss a beat out there. Brown plays with a big presence and he is often a thorn in the opposition’s side. The veteran forward sees the ice well, he is creative and he is not afraid to mix it up. Look for Brown to drive to the net and create scoring opportunities tonight.

The Medicine Hat Tigers’ former first-round bantam draft pick, James Hamblin, was selected by his teammates to lead the 49th Edition of the Tigers. The 19-year-old Edmonton product leads by example with his hard work ethic, hustle and heart. Last season, Hamblin set a career high of 43 assists and this season he is demonstrating his goal-scoring abilities by lighting the lamp 19 times already. Hamblin is currently just 4 goals shy of his 2016-17 career high of 23. In his career as a Tiger, Hamblin has suited up for 230 games, scored 65 goals and picked up 90 assists including 19 goals and 21 assists so far this season.