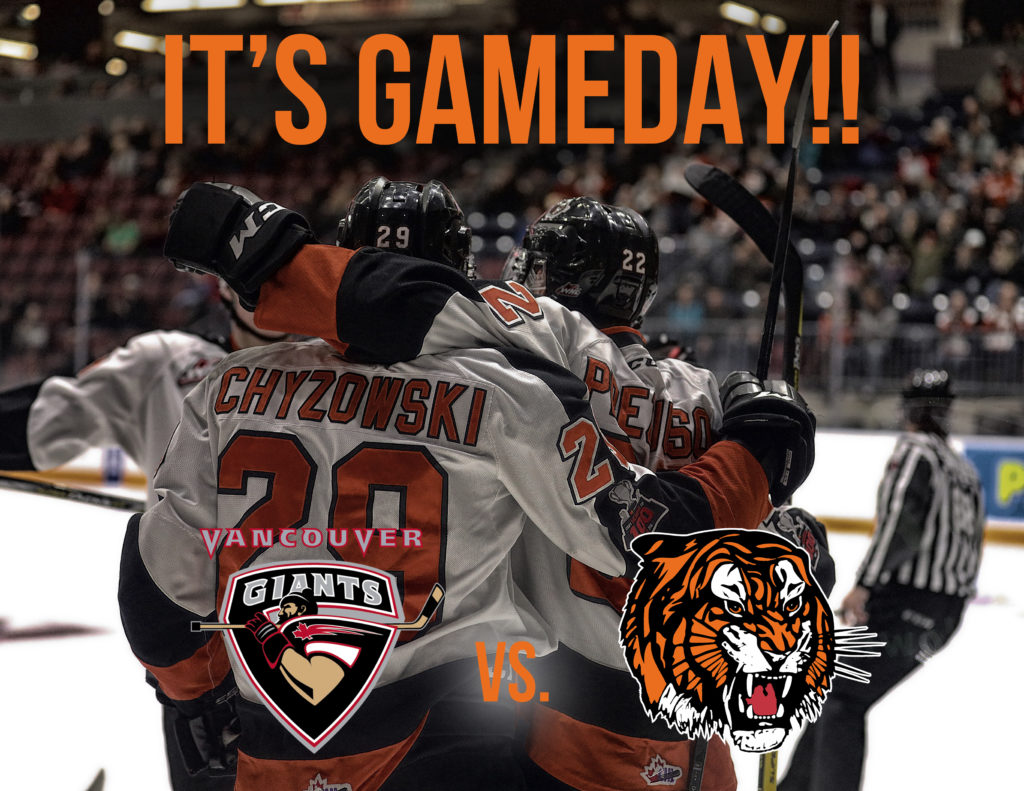 The Medicine Hat Tigers won three games in three nights to close out 2018. In their first game back in action after the holiday break, the Tigers defeated the Kootenay ICE 4-1. Saturday, they took down the Victoria Royals 4-2 and Sunday they came from behind to beat the Lethbridge Hurricanes 5-4 in a shootout. Ryan Jevne scored the game-winning goal in the shootout while Joel Craven had his first two-goal game. The Orange and Black are led by veteran forwards James Hamblin with 43 points (21G, 22A) and Ryan Jevne with 38 points (19G, 19A).

Tonight marks the first and only meeting between the Tigers and the Giants this season. Medicine Hat is 1-4-10 against Vancouver over the last five years and the Tigers have not beaten the Giants since Jan 7, 2017, when Steven Owre scored shorthanded with 7 seconds left in regulation to win the game 5-4.

The Vancouver Giants have been on the road since returning to action after the holiday break. Tonight is the fourth game of their six-game road trip. They defeated the Red Deer Rebels 6-0 before falling to the Calgary Hitmen 4-0 and Edmonton Oil Kings 3-1. After tonight’s contest, the Giants will play the Lethbridge Hurricanes and the Kootenay ICE before returning home to host the Kamloops Blazers. Vancouver is led by veteran forward Davis Koch with 32 points (10G, 22A).

Joel Craven had his first multi-goal game Sunday night against the Lethbridge Hurricanes. Craven scored twice from the point to help the Tigers come from behind and win the game in a shootout. The 18-year-old Whitefish, MT product has good defensive awareness, moves the puck up the ice well and he is a good skater. Craven is also the only known third-generation player in the league as both his father Murray and his grandfather Ron have suited up for the Tigers.

Captain James Hamblin was drafted in the first round of the 2014 Bantam draft by the Tigers and since then he has suited up for 232 games, scoring 67 goals and assisting on 91. The 19-year-old Edmonton product is a hard-working, skilled, two-way forward who leads the Tigers by example. Look for Captain Hamblin to rally the boys and get them going in tonight’s tilt.