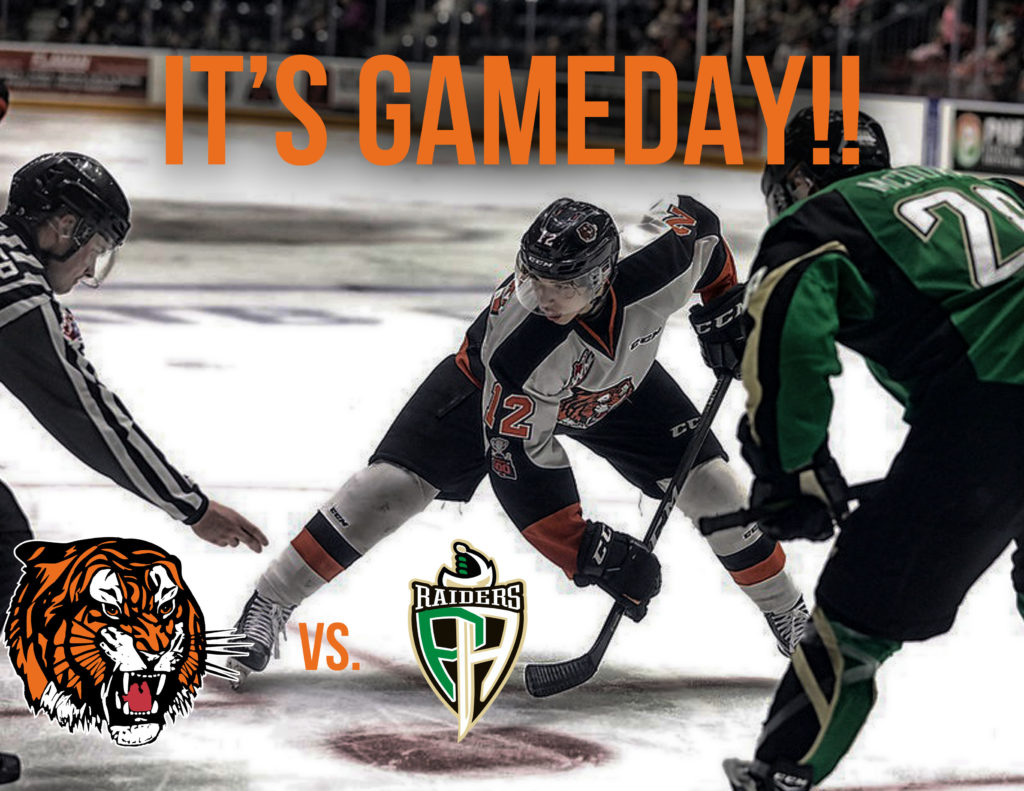 The Medicine Hat Tigers fell to the Edmonton Oil Kings 3-2 on Wednesday night. The Tabbies have a 1-2-0-0 record so far in their 2018-19 WHL campaign and have only faced Central Division rivals.

The Tigers and the Prince Albert Raiders have not faced off since January 20th, 2018, which was decided in overtime with the Raiders coming out on top with a 3-2 victory. In the past five years, the Tigers have a 9-4-3-0 record against the Raiders including 3-2-1-0 record in Prince Albert.

The Raiders have had a strong start to their 2018-19 season winning both games against the Regina Pats during the WHL Opening Weekend. Friday night the Raiders hosted the Pats and defeated them 7-2 before travelling to Regina on Saturday and winning 3-1. Montreal’s fifth-round (128th overall) draft pick Cole Fonstad is leading the team with 5 points (2G, 3A) and veteran forward Brett Leason is close behind with 4 points (2G, 2A).

Ryan Jevne is in his 4th season with the Orange and Black. The 20-year-old Edmonton product constantly demonstrates hard work and hustle. Jevne has deceptive speed and he is a smooth skating winger with a devastating shot that makes opposing goalies cringe. He has 2 points (1G, 1A) in 3 games played so far this season. Look for Jevne to make an impact on both ends of the ice tonight.

James Hamblin has been called upon to lead the 49th Edition of the Medicine Hat Tigers. Hamblin is a former first-round bantam pick of the Tabbies (2014, 17th overall). In 197 games played for the Orange and Black, Hamblin has 48 goals and 72 assists for 120 points including 5 points (2G, 3A) in 3 games so far this season. The 19-year-old Edmonton product is a speedy, hard working two way forward who will drive to the net to create scoring opportunities for the Tigers.