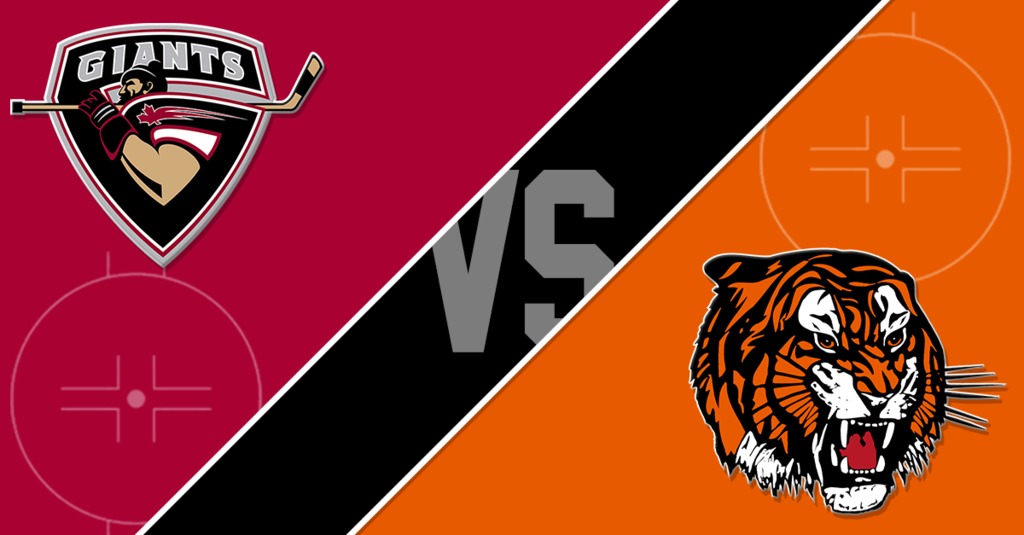 VS. VANCOUVER– Tonight marks the first time the Medicine Hat Tigers will face off against the Vancouver Giants this season. The Tigers found this scoring touch last night when they hosted the Edmonton Oil Kings, defeated the Oil Kings 5-1. The Giants are riding a three game winning streak into tonight’s match up, including a 5-2 victory over the Lethbridge Hurricanes last night.

Medicine Hat Tigers – Max Gerlach played exceptionally well for the Tigers Friday night scoring twice and getting an assist. Gerlach game has been heating up since Christmas where he has potted 3 goals and picked up 3 assists in the Tigers last 4 games. Look for the 19-year-old sniper to get the Tigers on the scoreboard. Vancouver Giants – Ty Ronning is the Giants leading point producer and he has 4 points (1 G, 3 A) in the Giants last 2 games. Ronning has already matched his 2016/17 points with 53 so far this season.

In his first year with the Orange and Black, Linus Nassen has been making a name for himself. Hailing from Sweden, Nassen has 22 points in 38 games with the Tigers. The Tabbies blue line also features the towering shut down defenceman Kristians Rubins. Rubins is the first Latvian born player to ever suit up for the Tigers and he has netted 3 goals and 14 assists so far this season.

The Tigers acquired 18-year-old netminder Jordan Hollett from the Regina Pats in the offseason. Hollett is a 6th round selection of the Ottawa Senators and currently he is sporting a 13-8-2 record with a 3.36 GAA and a .899 SV% The Orange and Black also have veteran goaltender Michael Bullion. Bullion has a 9-7-1 record posting a .877 SV% and a 3.48 GAA.