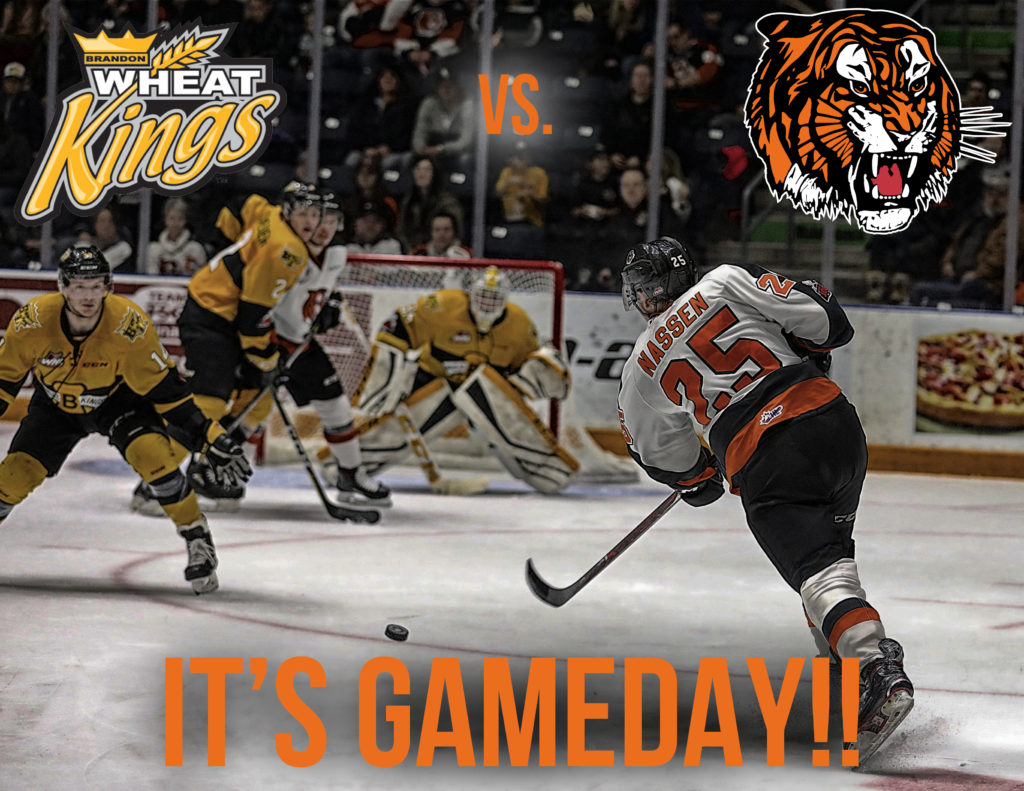 The Medicine Hat Tigers return home to regroup after falling 6-1 to the Moose Jaw Warriors last night. Affiliate player Cole Sillinger combined with Brett Kemp to set up Ryan Chyzowski to score the Tigers’ lone goal in the losing contest. In the month of January, the Tigers went 7-2-1-0 and they will look to return to their winning ways tonight against the Brandon Wheat Kings. Medicine Hat is 27-18-2-2 this season and they are led by veteran forwards James Hamblin with 57 points (27G, 30A) and Brett Kemp with 43 points (25G, 18A). After tonight’s game, the Tigers will depart on a four-game road trip starting in Kootenay on Wednesday.

Tonight’s clash will be the third time this season the Tigers and the Wheat Kings met, but the first time in Medicine Hat. The Wheat Kings won both previous contests by a score of 4-1. Last season every game between these two rivals was decided in overtime and the last time Medicine Hat defeated Brandon was January 13, 2018,, when Ryan Jevne scored the game-winning goal 1:02 in overtime. Over the past five seasons, the Tigers are 5-6-3-0 against the Wheat Kings.

The Brandon Wheat Kings defeated the Calgary Hitmen 6-5 in overtime last night. Luka Buzan scored the game-winning goal 16 seconds into overtime. Tonight’s game is the Wheat Kings’ fourth and final one on their current road trip. They are 2-0-0-1 on their road trip and will return home to host the Saskatoon Blades on Tuesday, February 5th. The Wheat Kings are 22-19-3-4 and they are led by 2017 Carolina Hurricanes draft pick Stelio Mattheos with 69 points (31G, 38A) and veteran forward Luka Burzan with 55 points (29G, 26A).

Brett Kemp is a skilled offensive player with good hands and explosive first step. The 18-year-old Yorkston, SK native joined the Tigers at the trade deadline and he has scored 3 goals and picked up 1 assist in 8 games with the Orange and Black. Kemp has a high hockey IQ and he is patient with the puck. Look for him to make an impact in tonight’s tilt.

Captain James Hamblin has been the Tigers’ top point producer all season with 57 points (27G, 30A) so far this season. The 18-year-old Edmonton, AB product is an elite player who approaches the game with great passion and intensity. He is a two-way forward who leads the Tigers by example with his hard work ethic. Hamblin has suited up for 243 games scoring 73 goals and picking up 99 assists.