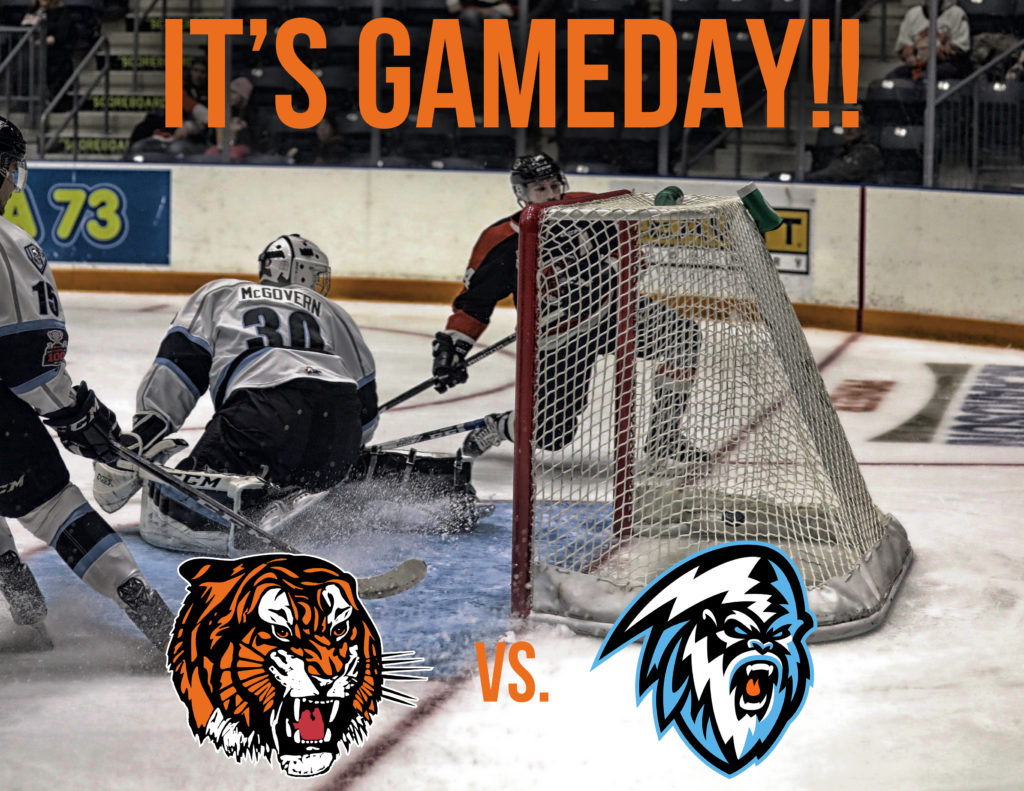 The Medicine Hat Tigers defeated the Brandon Wheat Kings 5-0 on Saturday night. Five different players scored while rookie goaltender Mads Søgaard earned his second career WHL shutout. Captain James Hamblin picked up his 100th career WHL assist while Ryan Chyzowski picked up his 100th career WHL point in the Tigers’ victory. The Orange and Black are 28-18-2-2 and they are led by Hamblin with 59 points (28G, 31A). After tonight, the Tabbies will travel to Everett Friday, Seattle on Saturday and finish the road trip in Portland on Sunday.

For the fifth time this season, these two Central Division rivals will face off. The Tigers are 3-1-0-0 against the ICE so far this season. The last time the Tigers and the ICE played was January 4th, 2019, in Medicine Hat and the Tabbies won the contest 5-3.

The Kootenay ICE defeated the Swift Current Broncos 3-2 on Friday night. Connor McClennon had a two-goal game while Jaeger White scored the game-winning goal with less than a minute to play in regulation. The ICE are 11-32-7-1 this season and they are led by 2019 NHL Draft Eligible Peyton Krebs with 56 points (16G, 40A) and veteran forward Jaeger White with 41 points (21G, 20A).

Logan Christensen is an intelligent, solid two-way veteran forward who joined the Tigers early this season. The 20-year-old Lundar, MB is a hard worker who is dependable in faceoff circles. Christensen has skilled hands and recently won the most accurate shooter event at this year’s ATB Financial Tigers Skills Competition. Look for Christensen to make an impact in tonight’s tilt.

Captain James Hamblin is the Tigers’ top point producer this season with 59 points (28G, 31A). The 19-year-old Edmonton native was selected by the Tigers in the first round of 2014 Bantam draft. In his career as a Tiger, Hamblin has 74 goals and 100 assists in 244 games played. He is a speedy, intelligent, two-way player who works hard every game to help set the tone for the team. “The keys to this road trip are to have a lot of energy, continue to play as quick as possible, manage the puck and play as a team,” said Hamblin of this week’s four games in five days’ road trip.