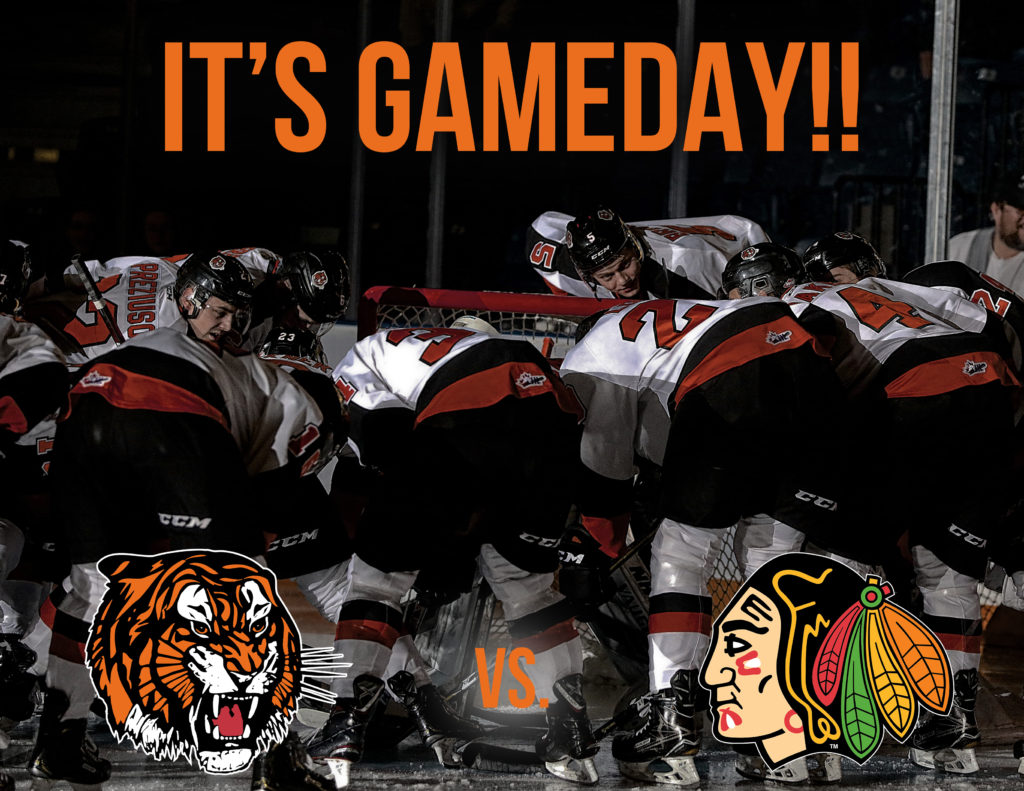 The Medicine Hat Tigers will play the final game of their four games in five nights road trip tonight in Portland. The Tigers are 2-0-1-0 on their road trip after falling 4-3 in overtime to the Seattle Thunderbirds last night. The Orange and Black are led by veteran forwards James Hamblin with 64 points (30G, 34A) and Ryan Jevne with 52 points (24G, 28A)

Tonight the Tigers and the Winterhawks will meet for the first and only time this season. The last time these two clubs faced off, the Winterhawks won 5-2 on November 29th, 2017. Medicine Hat is 0-3-0-0 against Portland over the past five years and they have not defeated the Winterhawks since Oct 26th, 2011, in a 4-2 home victory.

The Portland Winterhawks will play their third game in so many nights tonight against the Tigers. The Winterhawks defeated the Seattle Thunderbirds 4-1 on Friday before falling 5-0 to the Everett Silvertips Saturday night. Portland is led by 2016 San Jose Sharks draft pick Joachim Blichfeld with 92 points (44G, 48A) and 2017 Vegas Golden Knight draft pick Cody Glass with 64 points (13G, 51A).

Linus Nassen is a smooth skating, highly skilled defenceman in his second season with the Orange and Black. The 20-year-old Norrtalje, Sweden native was drafted by the Florida Panthers in the 2016 NHL Draft. Nassen is ranked 10th among defencemen in the league with 40 points (5G, 35A). He has sharp puck skills and a high hockey IQ. Look for Nassen to make an impact on both ends of the ice in tonight’s contest.

Captain James Hamblin is the Tigers’ top point producer this season with 64 points (30G, 34A). The 19-year-old Edmonton native was selected by the Tigers in the first round of the 2014 Bantam draft. In his career as a Tiger, Hamblin has 76 goals and 103 assists in 247 games played. He is a speedy, intelligent, two-way player who works hard every game to help set the tone for the team. “The keys to this road trip are to have a lot of energy, continue to play as quick as possible, manage the puck and play as a team,” said Hamblin of this week’s four games in five days’ road trip.