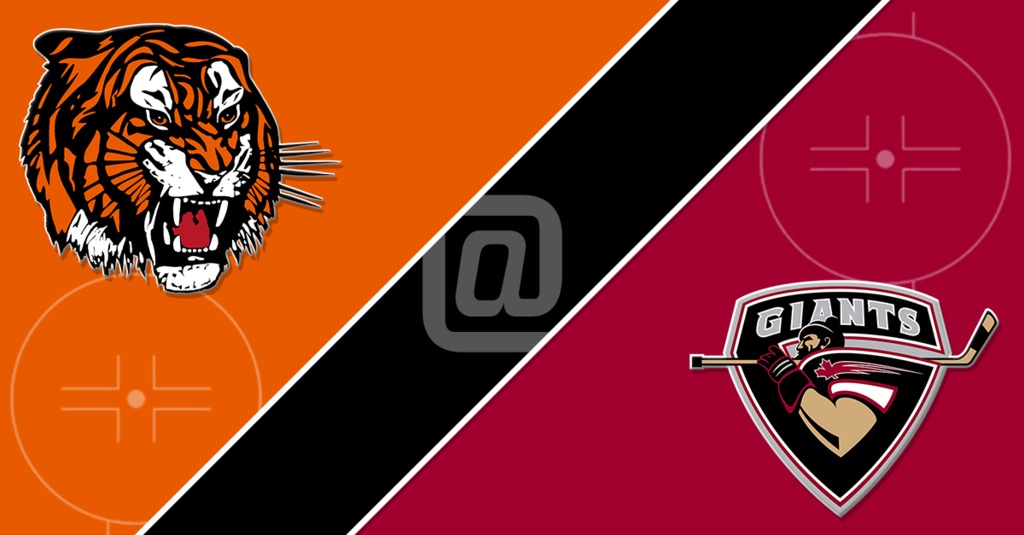 @ VANCOUVER GIANTS —  Tonight the Medicine Hat Tigers will close out their four game BC road trip by visiting Langley Event Centre to play the Vancouver Giants. The Giants and the Tabbies have faced off once this season with Vancouver coming out on top 5-3. The Orange and Black are still hungry for a win on this road trip after falling 4-3 in overtime to the Victoria Royals last night. The Giants are coming off a 4-2 defeat over the Calgary Hitmen.

Medicine Hat Tigers – James Hamblin scored two goals in last night’s tilt against the Victoria Royals and earned his 101st WHL Career Point. Hamblin is having a record season this year achieving career highs assists and points. The 18-year-old Edmonton native is a hard working forward with a nose for the puck who will make an impact for the Tigers on both ends of the ice. Vancouver Giants – Ty Ronning is the top point producer for the Giants who is having a record year in goals and points. Ronning is a dangerous offensive threat and will look to create chances for the home team.

The Tigers acquired 18-year-old netminder Jordan Hollett from the Regina Pats in the offseason. Hollett is a 6th round selection of the Ottawa Senators and currently he is sporting a 16-12-4 record with a 3.41 GAA and a .897 SV% The Orange and Black also have veteran goaltender Michael Bullion. Bullion has a 10-9-3 record posting a .882 SV% and a 3.41 GAA.