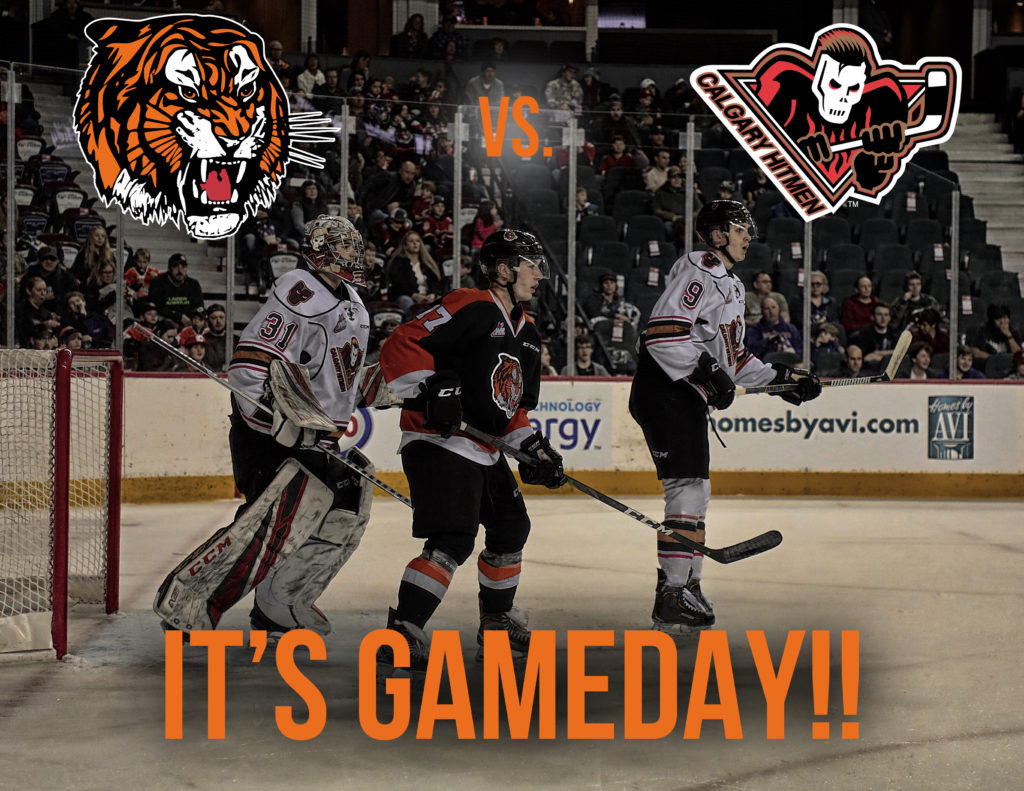 The Medicine Hat Tigers returned home from a successful four-game road trip with a 3-0-1-0 record to host the Saskatoon Blades Wednesday night and they fell 6-3. It was the Tigers’ first regulation loss since February 1st when they fell 5-0 to Moose Jaw. The Tabbies are now 31-19-3-2 this season and they are led by veteran forwards James Hamblin with 66 points (31G, 35A) and Ryan Jevne with 55 points (26G, 29A).

This weekend these two Central Division rivals will have a home and home series starting tonight in Calgary. Tonight’s meeting will be their fourth of this season and the Tabbies are 1-2-0-0 against the Hitmen this season. The Tigers’ lone victory came in November at the back of a home and a home series between these clubs where Medicine Hat won 5-4. Medicine Hat is 15-5-1-0 against Calgary over the past five years.

The Calgary Hitmen just finished off their Calgary Corral series on February 8th posting a 1-1-1-0 record in their old barn. Since then, the Hitmen have defeated the Moose Jaw Warriors 6-2 on Sunday before falling 6-2 to the Hurricanes in Lethbridge Wednesday. The Hitmen are led by veteran forwards Mark Kastelic with 62 points (38G, 24A) and James Malm with 57 points (23G, 34A).

Ryan Jevne has 13 points (5G, 8A) in the Tigers’ last 6 games. The 20-year-old Edmonton product is a speedy forward who sees both sides of the puck well. He also has a lethal shot that makes opposing goaltenders cringe. Jevne has been having a banner year for the Tigers setting new career highs in goals (26) and points (29). Look for Jevne’s hard work ethic and hustle to make an impact at both ends of the ice tonight.

Captain James Hamblin continues to lead his team with 66 points (31G, 35A) in 55 games and he is currently ranked 11th in the WHL scoring overall. The 19-year-old Edmonton native has taken on a new role this season after primarily being the setup man last year and setting a career high of 43 assists. This season Hamblin has been relied on to use his scoring touch and he is currently tied in 2nd in the league for most First Goals with 9. Off the ice, Hamblin also leads his team by example, being actively involved in the community while studying at Athabasca University. Hamblin was named the Tigers’ Academic Achiever for the month of January.