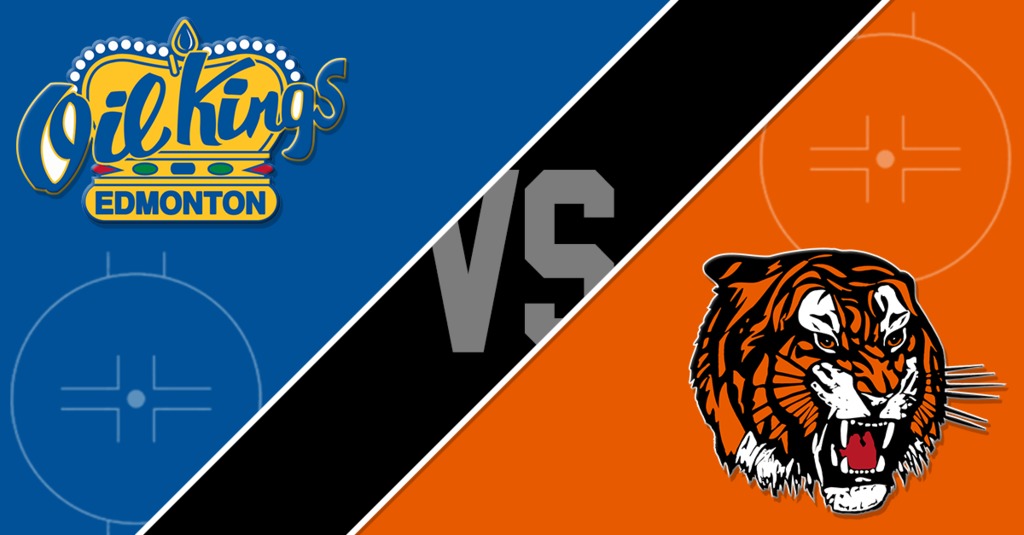 VS. EDMONTON OIL KINGS —  Tonight’s tilt between the Medicine Hat Tigers and the visiting Edmonton Oil Kings will mark the fourth time this season these two Central Division rivals face off. The Tigers have won all three previous contests including a recent 4-3 overtime win January 24, 2018. The Oil Kings lost their last game 3-2 to the Lethbridge Hurricanes. The Orange and Black fell 5-4 to the Vancouver Giants in their last game and will be looking to return to their winning ways tonight at the Canalta Centre.

Medicine Hat Tigers – Elijah Brown is a highly skilled forward who plays with a big presence and always seems to be around the puck. The former first round bantam pick joined the Tabbies before trade deadline and has been making an impact ever since. Brown has 2 goals and 5 assists in 14 games played with the Tigers. Look for Brown to create scoring lanes and drive to the net tonight.  Edmonton Oil Kings – Tomas Soustal scored the game tying goal to force overtime the last time these two clubs met. Soustal has 5 points (1G, 4A) in the Oil Kings’ last three games.

The Tigers acquired 18-year-old netminder Jordan Hollett from the Regina Pats in the offseason. Hollett is a 6th round selection of the Ottawa Senators and currently he is sporting a 16-12-4 record with a 3.44 GAA and a .896 SV% The Orange and Black also have veteran goaltender Michael Bullion. Bullion has a 10-10-3 record posting a .882 SV% and a 3.44 GAA.