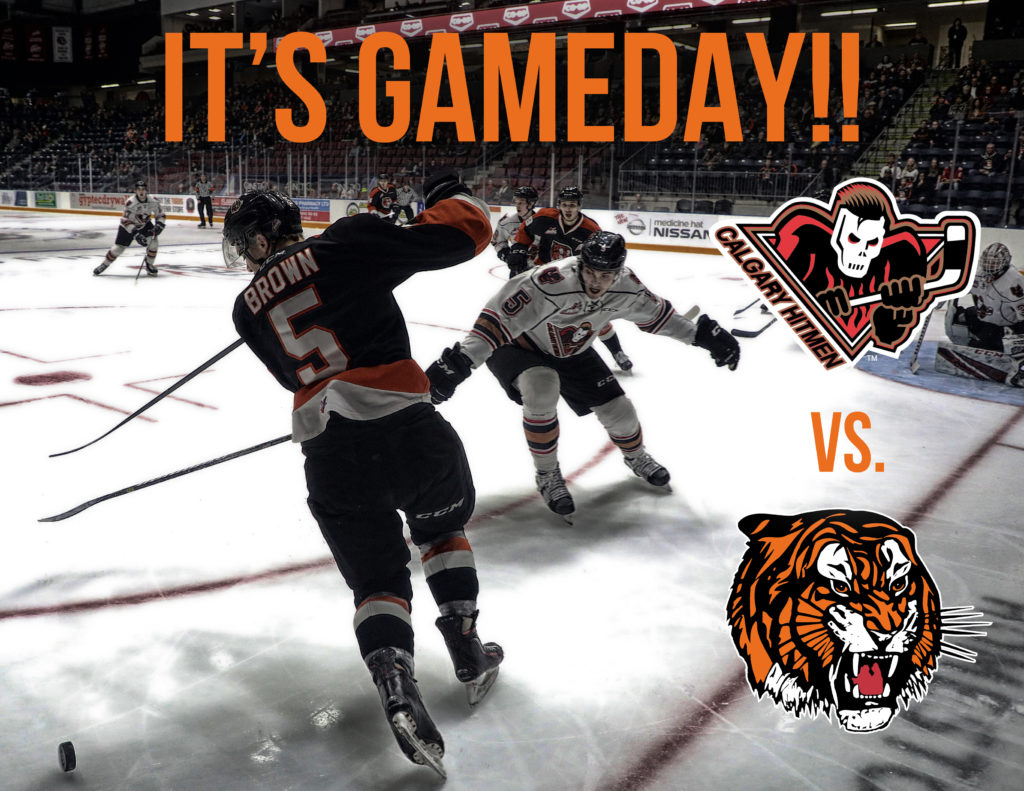 The Medicine Hat Tigers dropped the first game of their home and home series against the Calgary Hitmen 3-1 last night at the Scotiabank Saddledome. It was the fifth time in 21 games since returning from the holiday break that the Tigers have lost in regulation and they are now 31-20-3-2. Medicine Hat will be looking to return to their winning ways in tonight’s contest. The Orange and Black are led by veteran forwards James Hamblin with 67 points (31G, 36A) and Ryan Jevne with 55 points (26G, 29A). After tonight’s game, the Tabbies will travel to Edmonton for a special Family Day afternoon game against the Oil Kings on Monday.

Tonight’s battle will be the fifth time these two Central Division rivals meet and the second time they do so in Medicine Hat this season. The home team has won all of the previous meetings which means the Tigers have only won once when they host the Hitmen in the second game of a home and home series in November. Over the past five years, the Tigers are 15-6-1-0 against the Hitmen.

The Calgary Hitmen went 1 for 2 on the power play and 2 for 2 on the penalty kill in last night’s contest against the Medicine Hat Tigers. The Hitmen won 3-1 with Carl Stankowski stopping 29 of the 30 Tigers shots faced and earning the first star of the night. Calgary is 29-21-4-1 and they are led by veteran forwards Mark Kastelic with 63 points (39G, 24A) and James Malm with 57 points (23G, 34A).

Elijah Brown was the Tigers’ lone goal scorer in last night’s contest against the Hitmen. The 19-year-old Edmonton product is a gritty, fearless forward with an offensive upside. Brown uses his speed to create opportunity all over the ice and he isn’t afraid to mix it up. His work ethic and creativity make him a fun player for fans to watch. Look for Brown to drive to the net and create scoring lanes tonight.

Captain James Hamblin has been the Tigers’ top point producer all season and he is currently ranked 11th in the league for scoring. The 19-year-old Edmonton native has stepped into a bigger role for the Tigers offensively this season and he has set new career highs in goals and points. He is also only 7 assists away from last year’s career high of 43. The Captain also leads his team in points against the Hitmen with 6 (all assists) in 4 games. Look for Hamblin to get his team going in tonight’s battle.